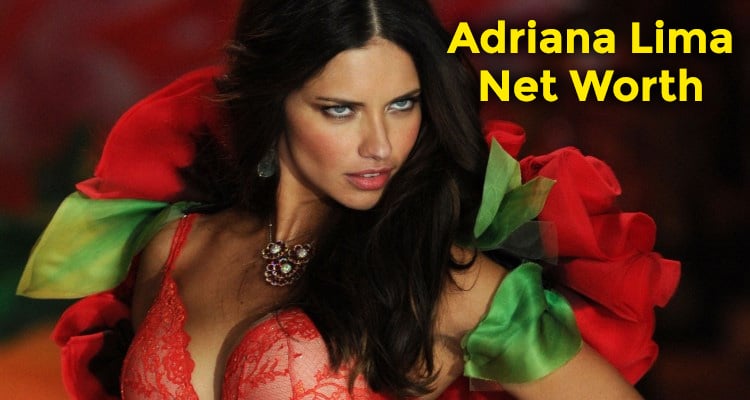 Admiring fans are asking, “how rich is Adriana Lima?” as the super model had fun during the fittings on Monday for the 2016 Victoria’s Secret Fashion Show! Lima and other Victoria’s Secret Angels showed off their costumes, elaborate wings, smoky eye makeup and slender figures, sharing their excitement as they prepared for the show. On November 30, ticket purchasers will be in for a real treat when the VS Fashion Show takes off! For everyone else, the show will air on December 5 on CBS. Walking in the show will be Lima herself, Alessandra Ambrosio, Behati Prinsloo, Lily Aldridge, Candice Swanepoel, Elsa Hosk, Jasmine Tookes, Lais Ribeiro, Martha Hunt, Romee Strijd, Sara Sampaio, Stella Maxwell, Taylor Hill, Bella Hadid, and Josephine Skriver. Lima is considered one of the most admired models of all time—here’s Adriana Lima’s net worth. 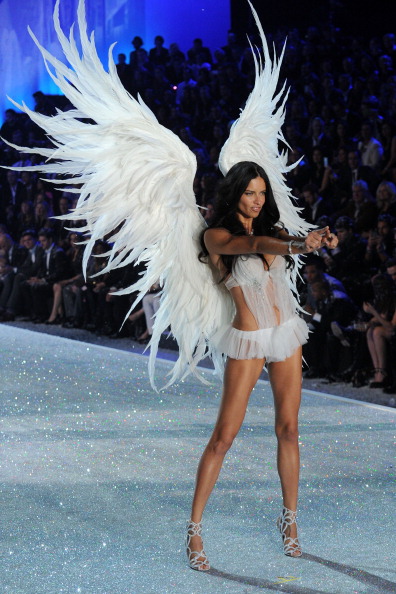 Adriana Lima’s net worth is estimated to be around $65.0 million. The 5 ft. 10 in. model joined the Angels in 2000 and was also a model for Maybelline Cosmetics from 2003 to 2009. She worked as a model for various brands and campaigns such as Vera Wang, Giorgio Armani, Guess, Mossimo, BCBG, Versace, and (most famously) as a Victoria’s Secret Angel. In 2011, she earned around $7.0 million from her advertising campaigns! She bought her own home in 2012, which is reported to be valued at approximately $8.0 million. Talk about living in the lap of luxury!

Out of all the current VS models, Lima makes the most with $11.0 million annually. She was once surpassed by model Gisele Bundchen, who earned $44.0 million annually. In 2008, Lima wore the $5.0 million Fantasy Bra, which incorporated 3,575 black diamonds, 34 rubies, 117 one carat white diamonds and two black diamonds with 100 carats in total! That bra was worth more than more people make in a lifetime! Cha-ching!

Adriana Francesca Lima was born Jun 12, 1981 in Salvador, Brazil. The model has said her ethnicity includes Indigenous, Swiss, African, Japanese and West Indian ancestry. She speaks Portuguese (her native tongue), English, Italian, and Spanish. Lima recently went through a divorce in March 2016 from her husband of five years, Serbian NBA player, Marko Jarić. The couple have two daughters: Valentina and Sienna. Aside from posing pretty for the camera and sporting beautiful lingerie, Lima helps with the Caminhos da Luz (Paths of Light) orphanage in her home city. 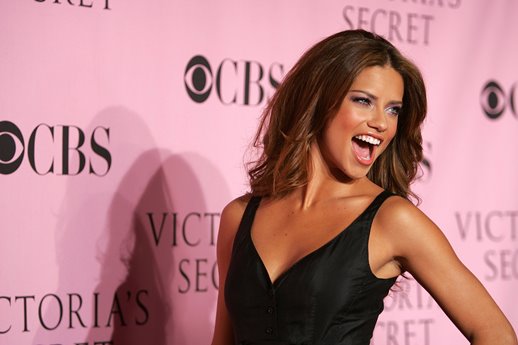 The beauty icon shared some of her tips with Byrdie earlier this year. To maintain a clear, glowing complexion, she relies on a good highlighter to accentuate those spots where the sun would normally kiss. She also focuses on protecting her skin from the sun. She says, “I make it a priority to take care of my skin by wearing sunscreen and keeping my skin moisturized. I also keep it very simple. Less is more when it comes to makeup, because it’s important to let your skin breathe.”

As you can see from her physique, the model is not some sissy girl! She makes physical activity an essential part of her life to stay in perfect shape and to maintain her health. “I’m a boxer. I’ve been doing it for over 10 years, and it really is my workout of choice. My gym is gritty and hot and no-frills, and I just go in and focus on working hard. My workouts were few and far between before. I might have worked out a few times per week, but now, I’m all about a good sweat,” explains Lima.

Looking good takes a lot of work and fans will be in for a great time at the 2016 Victoria’s Secret Fashion Show! So, tune in on December 5th to see the beauty in action as she shows off her wings, and struts her stuff on the runway! 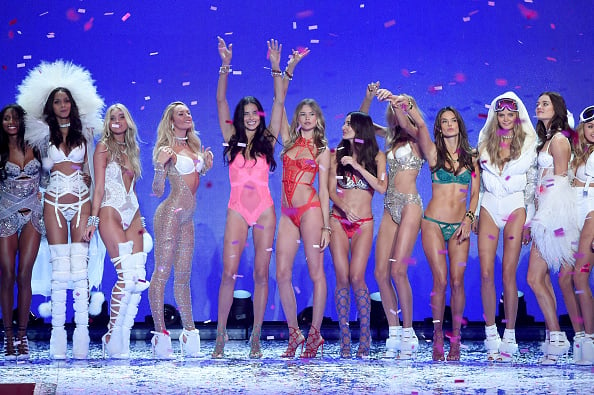