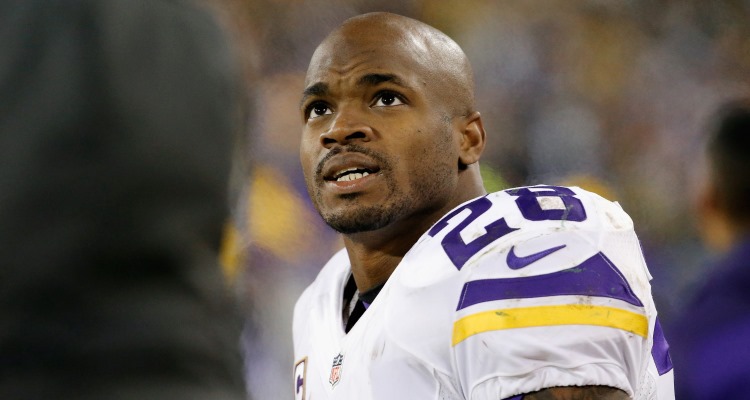 Minnesota Vikings running back, Adrian Peterson is expected to return to fantasy football mid-December. While fans wait for the return of the #28 football player, they can check out his NFL records, stats, and accomplishments right here in our Adrian Peterson wiki.

Minnesota Vikings running back, Adrian Peterson may have a chance at returning to the game! On Sunday, FOX Sports reported that the Minnesota Vikings medical staff are expected to examine Peterson’s injured knee. “They’ll see if there’s swelling, if there’s not they’re actually going to take Adrian Peterson and start running him outside on the turf here in the next couple of days. If that goes well, Adrian Peterson is hoping that he gets fast-tracked back into that Vikings lineup.” This is hopeful news for fans, as they were disappointed to her he would not recover in time for Thursday’s upcoming game against Dallas. The date for Peterson’s expected return is optimistically marked as Sunday, December 18 (Week 15), against the Indianapolis Colts in Minnesota. Want to know more about the Vikings’ running back? Check out our Adrian Peterson wiki. 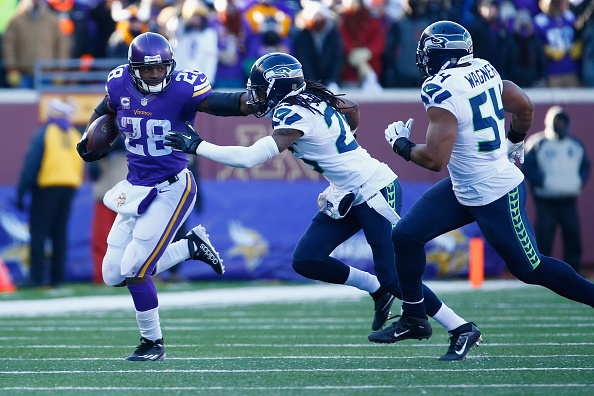 Peterson is reported to have six children; however, his two-year-old son passed away on October 11, 2013 due to injuries sustained during an alleged assault by Joseph Robert Patterson, the boyfriend of the child’s mother. Peterson had never met this son, but became aware of him only a few weeks before his heartbreaking death.

On September 12, 2014, Peterson was indicted by a Montgomery County, Texas, grand jury under charges of reckless or negligent injury to a child. TMZ revealed images of his 4-year-old son’s legs with slash-like wounds. The prosecution alleged that the athlete used a tree branch to beat his young son repeatedly over his body. Peterson pleaded no contest to the charge but was disciplined by probation, a $4,000 fine, 80 hours of community service, and other consequential moves by the NFL.

As of 2016, Peterson has achieved 11,725 rushing yards, a rushing average of 4.9, 97 rushing touchdowns, 1,944 receiving yards, and 5 receiving touchdowns. Check out the chart below for a list of his career highlights, accomplishments, and awards.

Adrian Peterson’s net worth is listed by The Richest as $18.0 million and the 31-year-old owns lavish homes in Minnesota and Texas. In 2007, after being drafted by the Vikings, he bought a home in Eden Prairie, Minnesota for $650,000. It has five bedrooms, three bathrooms and is approximately 3,000 square feet. Peterson also owns a property in Spring, Texas. Check out the chart below for a break down of his Adrian Peterson’s salary and earnings!

In 2014, after playing the season-opener against the Los Angeles Rams, an onslaught of legal issues hit Peterson. He was arrested on child abuse charges in September and missed the rest of the season. The public fallout added injury to insult, and caused top sponsors like Nike and Castrol Oil to drop their deals with him, costing him a loss of $5.0 million. Peterson fought for a new deal after he was reinstated to the NFL, and the Vikings eventually granted his wish. He was guaranteed $20.0 million to remain a player on the Minnesota team, and the contract ensured he would play under contract from 2015 through 2017.