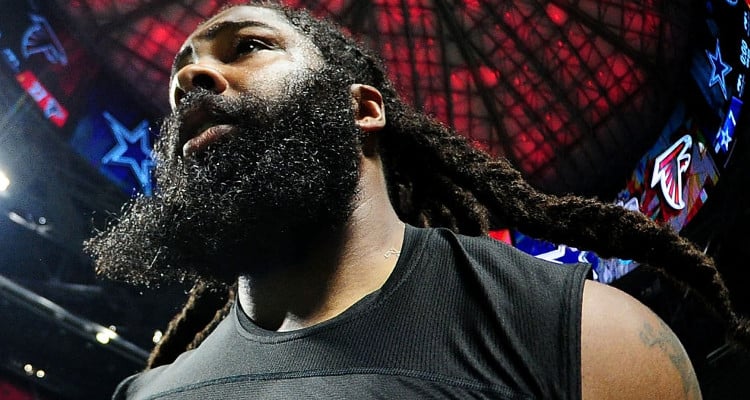 The Atlanta Falcons beat the Dallas Cowboys Sunday night, and Adrian Clayborn was the man behind the win. He set a team record of six sacks and was named MVP for the game. Now, there’s talk of the Falcons possibly making it to the playoffs. The stunning win has also led to an interest in Clayborn’s personal life and his marriage to Shannon Holst.

Adrian Clayborn’s inspiring Sunday night performance gave the Falcons a 27-7 win against the Cowboys, and everyone’s talking about the football star. He is married to dancer Shannon Holst. She may have gained fame for being Adrian Clayborn’s wife, but she is making waves of her own as an award-winning choreographer and owner of a prestigious dance academy in Illinois.

Dance is in Her Veins

Born on April 21, 1988, in Aurora, Illinois, Shannon Holst’s age is 29. She took up dancing at the age of three and went on to train at the Royal Winnipeg Ballet School where she found a love for ballet.

This training helped her win many national champion titles, and gave her an opportunity to dance in the New Year’s Day Parade in London, England. She also trained as a gymnast.

Holst went on to pursue a BA in dance and received a Certificate in Performing Arts Entrepreneurship from the Unity of Iowa. She graduated in 2010 and soon after, set up a dance school, A Step above Dance Academy, in Batavia, Illinois.

The school provides training in ballet, jazz, hip-hop, tap, contemporary, and other dancing styles to students as young as two years old, and even offers pre-professional ballet programs.

Holst has been teaching dance for 13 years, and won many accolades for her choreography. She was named Choreographer of the Year in 2012, and won the National Studio of the Year award for the last three years.

Shannon Holst met Falcons star Adrian Clayborn when they were studying at the University of Iowa. They struck up a conversation during the final exam of an online finance class, and kept in touch through Facebook.

Holst and Clayborn got engaged on February 10, 2016, and married on June 17, 2017, in a beautiful ceremony in Chicago surrounded by family and friends.

On their website, they shared a story about their first date at a burger place. Clayborn did not know that Holst was a vegetarian —she was too embarrassed to tell him— so she ended up eating popcorn for dinner!

Holst keeps a low profile on social media. Other than sharing a few Facebook pictures of her and Clayborn, and with friends and family, she prefers keeping her life private.

But if you head over to Adrian Clayborn’s Instagram, the football player shares plenty of pictures with his wife, including plenty of Shannon Holst’s hot pics during their honeymoon in Greece. From exploring the beautiful water in Santorini, or enjoying a day out on a boat, she is seen smiling as she enjoys the gorgeous sights.

A day on the water!

After the Falcons latest win, Shannon Holst is in the limelight and will continue to be this football season. But, this reputed choreographer is busy pursuing her own dreams of being the best in the world of dance.