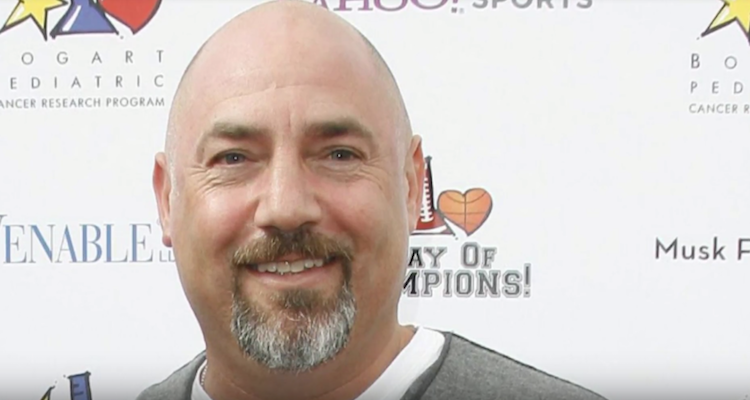 After the allegations against Harvey Weinstein, many celebrities have come out with their own stories of inappropriate sexual behavior in Hollywood. One of the latest to tell their story is Terry Crews. He came forward with the story of being groped at a party to bring awareness to the fact that anyone can be a victim, regardless of gender or looks. Late yesterday, Crews’ alleged assaulter was named as Hollywood power player, Adam Venit. In this Adam Venit wiki, we’ll reveal all that we know about the agent. From his career path to what allegedly happened between Adam Venit and Terry Crews.

In terms of personal history, the details about Venit’s life are fairly scarce, but here’s what we do know. Adam Venit’s age is hard to verify, but he is a senior agent at William Morris Endeavor. He is married and Adam Venit’s wife is named Trina. According to Instagram posts, the couple have been together for 20 years and married for 18 as of August this year. Via various social media posts, it appears that Venit has five kids; two sons, and three daughters. Matthew, 14, and Olivia, 16, are  his children with Trina. He has two kids from a previous marriage, twins Michael and Sarah, who are 24. Trina has a daughter from a previous marriage, 26-year-old Madison.

In terms of a work life, Venit began his career in Hollywood in the mailroom of the Creative Artists Agency or CAA. He worked his way up the corporate ladder and moved to the Endeavor agency at which he worked from 1996 to 2009, until it merged with the William Morris Agency to become William Morris Endeavor. Before the current accusations, Venit was in charge of WME’s motion picture group and his client roster was a who’s who of Hollywood, which included Emma Stone, Diane Keaton, Adam Sandler, Vince Vaughn, Shawn Levy, Marc Forster, and Eddie Murphy. He helped broker Sandler’s current deal with Netflix and Gal Godot’s contract for the sequel to Wonder Woman.

While we couldn’t find an accurate representation of Adam Venit’s net worth, we do know he’s worth millions. Adam Venit’s house in Beverly Hills is massive. The home is 15,000 sq.ft. with six bedrooms (it used to be nine, but three were converted to a yoga studio), complete with a huge media room and gym.

Many women and men have come forward after the Harvey Weinstein scandal broke, with their stories of the abuses of power among Hollywood elite. One of those people was Terry Crews, who alleged that he was at a party with his wife when an exec came up and took a hold of his private parts. While, according to Crews, the man called him the next day to apologize for the incident, no explanation was given. Crews did not go public with the story due to fear of damaging his career (he is represented by WME). Even when he did go public, he avoided naming Venit until recently filing a police report.

Venit has not directly responded to the allegations, he is currently on leave from WME as the agency investigates the situation further.