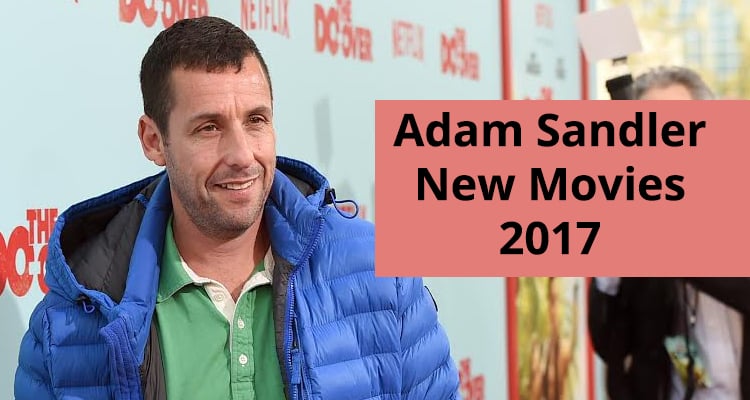 Adam Sandler has quite a few new movies that will be releasing this year. Among the most anticipated movies by the funny man is the latest in his Netflix series, and the third instalment of Hotel Transylvania.

Adam Sandler had us rolling in laughter after his last feature film, The Do Over. It was the second in a four-film deal between Sandler and Netflix, and the comedic filmmaker is about to release his third one. That’s not all! He has more movies lined up for this year, including one co-starring fellow comedic actor, Ben Stiller for the first time in nearly a decade. Sandler’s upcoming movies promise some rib-tickling laughter that you don’t want to miss. Here’s a look at which new movies by Adam Sandler will be releasing in 2017.

Sandler Travels Back to the ‘90s in Sandy Wexler

Adam Sandler’s Happy Madison Productions signed a four-film deal with Netflix, where the video streaming giant will produce four feature films by Sandler. These four films will appear exclusively on Netflix. With this partnership, Sandler has released movies like The Ridiculous 6 in 2015 and The Do Over in May 2016.

Now, the 50-year-old has a new Netflix movie, Sandy Wexler, coming this year. Netflix released the teaser for Sandy Wexler giving us a peek of the nostalgia-inducing ‘90s. The film stars Sandler in the titular role, and we’ll get to see his old Happy Madison crew, Kevin James, Rob Schneider, and Nick Swardson in the film, as well. Sandler’s crew will be joined by Terry Crews, Jennifer Hudson, Jane Seymour, and Arsenio Hall.

Sandler plays a talent manager in 1994, who manages a group of eccentric clients. He stumbles upon a talented singer (portrayed by Hudson) at an amusement park and helps her become famous. Wexler is thrown for a loop when he finds himself falling for her.

The film is co-written by Sandler and directed by Steven Bill, and will premiere on Netflix on April 14. Until then, watch as the bumbling yet lovable doofus, Sandy Wexler (Sandler) stumbles on a movie set in the teaser for the new Netflix original film, Sandy Wexler below.

Sandler and Ben Stiller Star in a New Drama

While Sandler is known for bringing laughter, he doesn’t shy away from dramatic roles. After a few critically-acclaimed drama films like Punch-Drunk Love, Spanglish, and Reign Over Me, Sandler will venture into dramatic territory once again with Yeh Din Ka Kissa, which translates to The Story of the Day in Hindi.

Sandler and Stiller reportedly play brothers in this film, which was originally called The Meyerowitz Stories. The last time we saw Sandler and Stiller share the screen was in Sandler’s 1996 comedy, Happy Gilmore, where Stiller had a small role as a mean-spirited nursing home assistant.

The film was directed by Noah Baumbach, who has previously worked on movies like Madagascar 3: Europe’s Most Wanted, While We’re Young, and Mistress America. While this will be the third time Baumbach has worked with Stiller, it will be his first collaboration with Sandler.

Yeh Din Ka Kissa is currently in production. No initial release date has been announced, but it is expected to be out this year.

After seeing huge blockbuster success with Hotel Transylvania (2012) and its 2015 sequel, Sandler is set to voice the doting vampire dad once again in Hotel Transylvania 3. Sandler will reprise his role as Count Dracula and Andy Samberg is back as his human son-in-law, Johnny. Selena Gomez will voice Dracula’s daughter, Mavis.

During the second film’s release, Genndy Tartakovsky, who directed the first two films with producer Michelle Murdocca, said that there would be a a third movie, but that they wouldn’t be returning to work on it.

“Hotel Transylvania 3 is going to happen without me,” Tartakovsky told TheWrap. “Two is enough. I have a lot of other ideas, and I kind of have to express them and have them come out.” 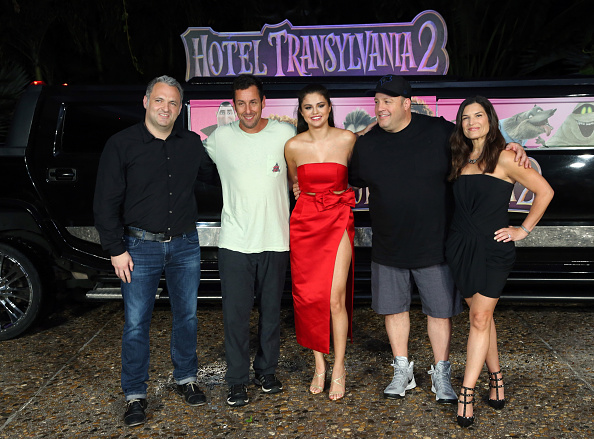 However, Tartakovsky later confirmed he will be returning to direct the animated feature, after a cruise inspired him. Hotel Transylvania 3 will take our favorite monster family to the seas when Mavis sends her dad on vacation. Dracula will spend time on a monster cruise ship, and (of course) will be joined by his monster crew: Frank(enstein), Wayne Werewolf, Griffin the Invisible Man, and Murray the Mummy. On the cruise, Drac is attracted to the cruise ship captain, who is a descendant of Van Helsing. 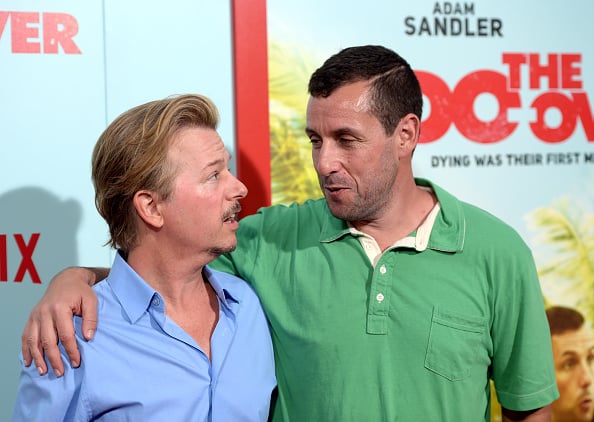 Kevin James, David Spade, Steve Buscemi, and Ceelo Green are expected to return to voice their characters once more, but nothing has been confirmed. The film is expected to start production this year and scheduled to release in 2018. Before that, Sony Pictures will produce an animated TV series spin off.

The Hotel Transylvania TV series will follow young Mavis as a teenager, and will air on the Disney Channel sometime in 2017. There’s no further news about the series, or whether Adam Sandler and Selena Gomez will voice their characters for the show.