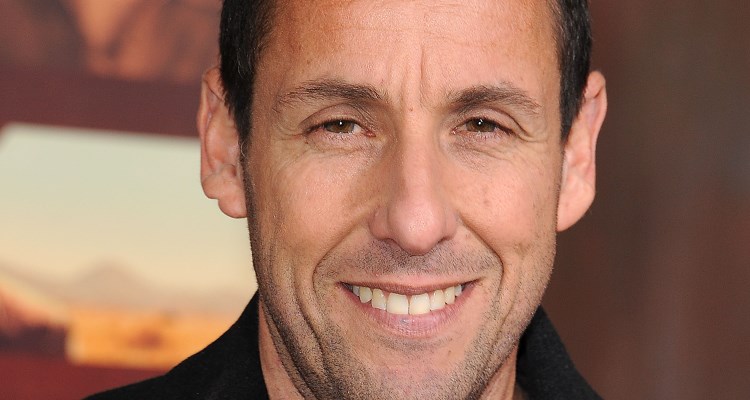 Today is the famous comedian, Adam Sandler’s birthday! He’s known all over the world for his crazy sense of humour and the ridiculous characters he plays in his films, and people can’t seem to get enough of Adam Sandler movies! With such a successful comedic career, many people wonder, how much is Adam Sandler’s net worth? Other wonder about Adam Sandler’s wife or if he is even married! If you’re not already a Sandler-buff, check out these interesting facts we’ve compiled! Let’s be honest, who doesn’t want to know more about the man behind characters like Billy Madison and Happy Gilmore? We’ve also got some great Adam Sandler photos for you to see.

Born September 9, 1966, the 49-year-old actor was born Brooklyn, New York. His family is Jewish but he also has Russian ancestry. At the age of six he moved to Manchester, New Hampshire, where he attended Manchester Central High School. He later moved back to New York to graduate from New York’s University’s Tisch School of the Arts in 1988.

I tried to sign up for Netflix but this happened instead… http://nflx.it/1vwm0Rp #SandlerOnNetflix

Sandler began his acting career very early, and comedy was always his speciality. He made his film debut in Going Overboard in 1989, and after that he would perform at comedy clubs. Thankfully, comedian Dennis Miller discovered his talent when he saw Sandler performing in Los Angeles. A great recommendation landed him a writing job on Saturday Night Live in 1990, and he began writing hilarious, original songs, including “The Chanukah Song,” and “The Thanksgiving Song.”

Thanks San Diego for the best time.

He Owns a Production Company

In 1999, only a decade after his first movie gig, Sandler formed his own film production company, Happy Madison Productions. Since it’s start-up, the company has produced most of Sandler’s films to this day. Although he’s received much negativity and criticism for his films, most have still performed well at the box office. It seems his humour is an acquired taste!

“It’s too damn hot for a penguin to just be walking around here.” Billy Madison

How much is Adam Sandler Worth? In 2013, Forbes released its list of the year’s most “overpaid celebrities” and Adam Sandler topped the list! Sandler may be a comedian but financially, he doesn’t joke around. Forbes analyzed Sandler’s wealth and discovered the reason for his “overpaid” status is because making his films cost less than how much they earn at the box office! As a result, Adam Sandler is worth over $300 million and makes about $20 million per movie! Who’s laughing now?

Adam Sandler seems to be scooping up homes left, right and centre. According to sources, Sandler has multiple beach homes in Miami, Boca and Malibu! He certainly has an eye for real estate and we doubt his family is complaining about which one to vacation in! Adam Sandler’s house in Los Angeles, California is a stunning property that boasts beautiful architecture, a tennis court and an extravagant swimming pool. It was once owned by Kurt Russel and Goldie Hawn, which they reportedly sold to Sandler in 2004 for over $12 million! Talk about a dream house!

Did you know Adam Sandler’s dog, Meatball, was his best man at his wedding to actress Jackie Titone (now Jackie Sandler) in 2003? The couple’s marriage still stands to this day! I guess laughter really is the key to a woman’s heart!

The pair have two daughters, Sadie Madison Sandler and Sunny Madelaine Sandler. And any family man with a $300 million value should have at least a few luxury cars! Sandler prefers his SUV hybrid to take his family on adventures in, as he simply loves riding around in his luxurious Escalade.