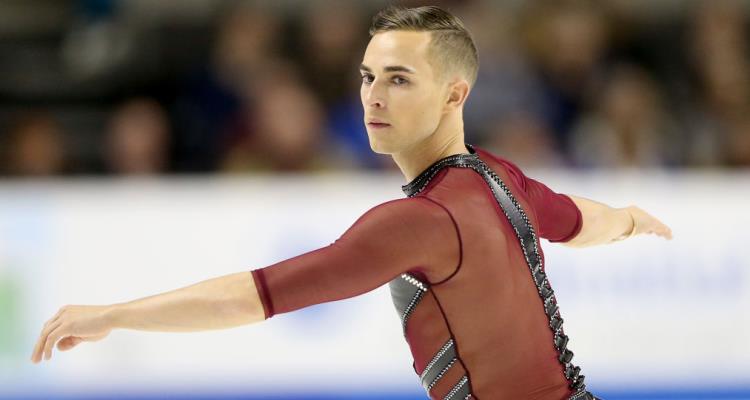 Is Adam Rippon gay? The team USA skater has been stirring up some controversy lately on a national—and possibly international—level! Rippon has vehemently refused to meet with United States Vice President Mike Pence, in light of his abhorrent views surrounding the LGBTQ community and their rights. It’s no secret that the champion figure skater is openly gay; he’s been very vocal about being the first openly gay American Olympic figure skater. But who is Adam Rippon’s boyfriend? Does he even have one? Read on to find out!

Throughout his entire skating career, many people have probably been wondering whether or not Adam Rippon is gay, so it’s no surprise that he finally revealed his sexuality during a 2015 interview with Skating Magazine.

At the time, it took a great deal of courage for the then-26-year-old figure skater to come out on such a public forum, especially since there was no set precedent for LGBTQ+ Olympic athletes. Although many athletes had already come out years after competing in the Olympics, there has never been any openly gay athletes on the current Olympic roster—at least not on the American team.

Who Is Adam Rippon Dating?

As for Adam Rippon’s boyfriend, it’s not clear if he even has one! But if he does, it’s almost certain that he’d be in agreement with the figure skating champion’s decision to showcase his strong convictions, despite the possibility of facing some serious backlash from Trump supporters. He’s already embroiled in controversy surrounding the Vice President of the United States. Continue reading to learn more about this developing story!

Aside from skating on an international platform, Adam Rippon tends to lead a very private life and doesn’t really like to talk much about his personal relationships. As a result, it’s not really clear whether or not Adam Rippon has a boyfriend or not. But one thing is for sure: he’s more focused and disciplined than ever before to improve upon his already impeccable skating abilities.

There’s no current dating timeline for Adam Rippon as he gears up for the 2018 PyeongChang Winter Olympic Games, which start this Friday. However, he did reveal to Us Weekly that he does have a crush on a certain celebrity! “I didn’t realize that he was cute until One Direction broke up, but now that Harry Styles is living that solo, singing career, I’m into it,” he said. 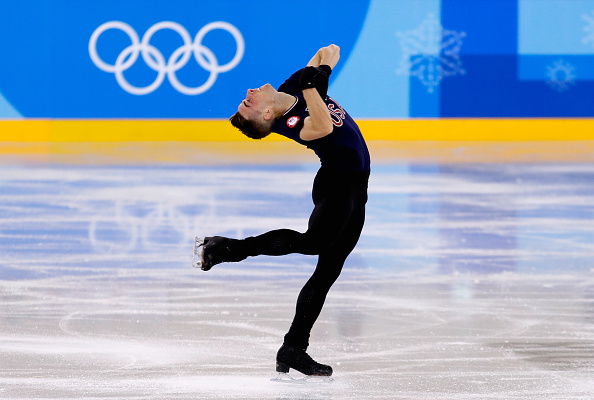 Since he came out a few years ago, Adam Rippon has inadvertently managed to become an inspirational icon for many future aspiring LGBTQ+ athletes who wish to someday compete in an Olympic arena without being negatively branded.

He’s pretty much singlehandedly opened up the floodgates for future athletes to be judged solely based on their skill levels, experience, and discipline—rather than their sexuality.

In fact, Adam Rippon hopes for a day when his peers will no longer be referred to as “gay Olympians,” but simply as “Olympians.” After all, a person’s sexuality has no bearing on their ability to playing sports.!

The Trouble with Mike Pence

As an openly gay American athlete, Adam Rippon has explicitly stated that given the current administration’s stance on homosexuality—particularly viewpoints that have been expressed by Vice President, Mike Pence—he’d refuse any invitation to visit the White House. Understandably, Adam Rippon doesn’t feel sincerely welcomed by this current administration and any recent attempts made from their side to reconcile the situation before the commencement of the Olympic Games this Friday seem a little forced.

One of the major points of contention between Adam Rippon and Mike Pence is the latter’s unabashed suggestion that the United States implement gay conversion therapy. On top of that, Pence (who’s a devout Catholic and claims that his ideas about homosexuality stem directly from his religious beliefs) also seems to condone the current President’s past treatment of women, which Adam Rippon finds very contradictory and disconcerting in relation to his own beliefs and the way he was raised.

On visiting the White House, Adam Rippon had this to say during an interview with BBC: “I don’t think somebody like me would be welcome there. I know what it’s like going into a room and feel like you’re not wanted.”

To add insult to injury, Mike Pence will be serving as the official leader of the United States delegation at this year’s winter Olympic games. Reportedly, in an attempt to set the record straight, a representative of the White House reached out to Adam Rippon following his public declaration that he “wouldn’t feel comfortable meeting with the Vice President.”

However, Rippon tentatively declined, but has stated that he’d be more open to meeting with Pence after the Olympic Games end. Right now, Rippon seems to have tunnel vision for winning and wants to keep his eye on the prize.