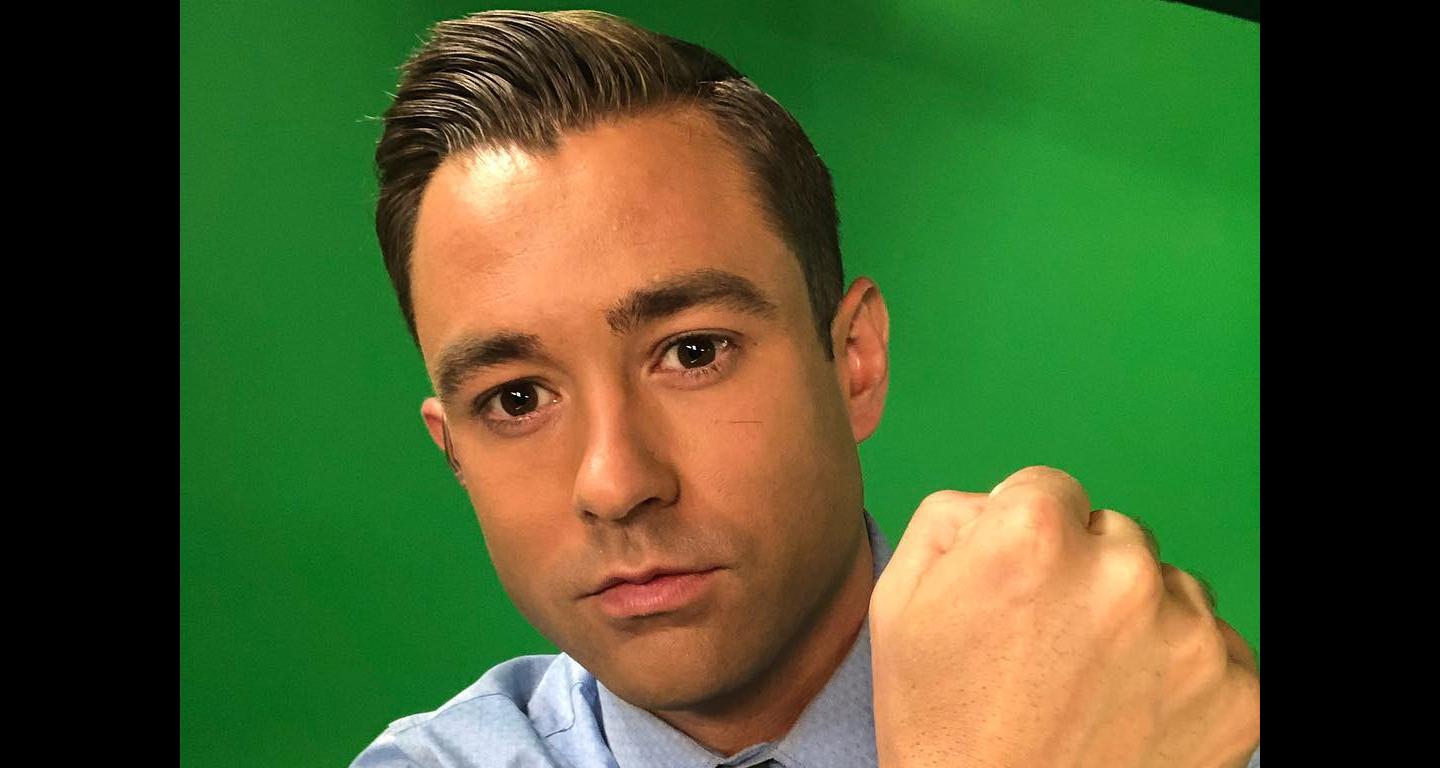 Adam Klotz is not just known for bringing the national forecast on Fox News, but he is also famous for his colorful and crazy sock collection. Get the scoop on the meteorologist who rocks his socks like no other, with details from our Adam Klotz wiki!

Born on January 29, 1985, Adam Klotz’s age is 33. He hails from Warsaw, Indiana. He graduated from Warsaw Community High School.

Klotz then attended Ball State University and is fluent in English, Italian, and Spanish. He was very particular about his studies. In college, Klotz had his share of fun, but he always knew what he wanted to do in his life.

While studying at Ball State University, Klotz took broadcast journalism. He completed his internship at CMT (Country Music Television) and graduated in 2008. Though he did very well with CMT (and was even assured he’d get a job), the economy had plummeted by the time he graduated, and many people at the network were getting sacked. He struggled to secure a job and grew worried as nothing seemed to pan out for him.

The Start of Adam Klotz’s Career

Klotz had always toyed with the idea of being a meteorologist and he was also keen on appearing on TV. So, when a career in entertainment journalism seemed unattainable, he went back to school to study meteorology and earned his Master’s degree. He landed his first job as a weatherman in Lima, Ohio and worked there for a year and a half.

But he did have some embarrassing moments early on in his career while in Lima! One instance in particular occurred years ago, when wireless microphones hadn’t yet been developed and the anchor was always attached to a cable. Klotz forgot.

While explaining the weather, he was nervous and kept turning in the wrong direction. While he was doing so, his microphone’s wire started to tie around him and eventually Klotz was wrapped in the wire from head to toe, live on the air with his face completely red! The anchors who were present were rolling on the floor with laughter!

After his first job, he took a break and did some traveling. When he returned, Klotz sent out job applications for TV anchor positions. He jumped at the chance to work in Panama City, Florida as a weather anchor at WJHG-TV NewsChannel 7.

Besides covering weather, Klotz has also done some reporting. He covered a big report about girls who were parasailing when the ropes snapped and they slammed into the side of a hotel. It was a major breaking news story and it aired on NBC’s Today show. Klotz had taken exclusive footage of the scene and conducted interviews, all of which got him noticed.

In 2014, he joined Fox 5 in Atlanta, Georgia as a weekend meteorologist and was working as a multimedia journalist.

Now, Klotz has worked his way up the ladder and now works as a meteorologist for the Fox News Channel and Fox Business Network. Klotz became a part of the network in January 2017. He reports on the weather news across the country.

Klotz is so dedicated to his work that in March 2017, he even offered coverage of winter storm Stella live from New York City!

He’s become so popular that he also makes appearances on Fox & Friends! Klotz and his mother even went on the After the Show Show to cook up a recipe with the host.

Klotz likes to keep things crazy while working. Last January, when the weather was absolutely freezing outside, he delivered weather report while working out in the streets. In fact, he even went to the extent of having an on-air push-up contest outside (sans jackets) with anchor Pete Hegseth!

Klotz appears to be crazy about colorful socks. Whenever he wears a pair of his crazy socks, he makes sure to take a pic and share it on Twitter.

His colorful socks had become a huge hit, with news anchors even asking him where he gets his socks from! 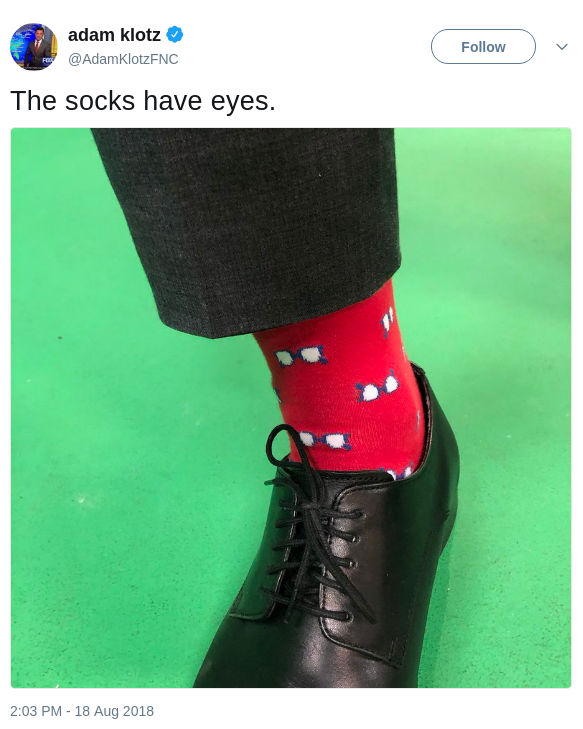 She graduated in 1980 from Indiana University, Bloomington and is the owner of Creative Copy Indy. 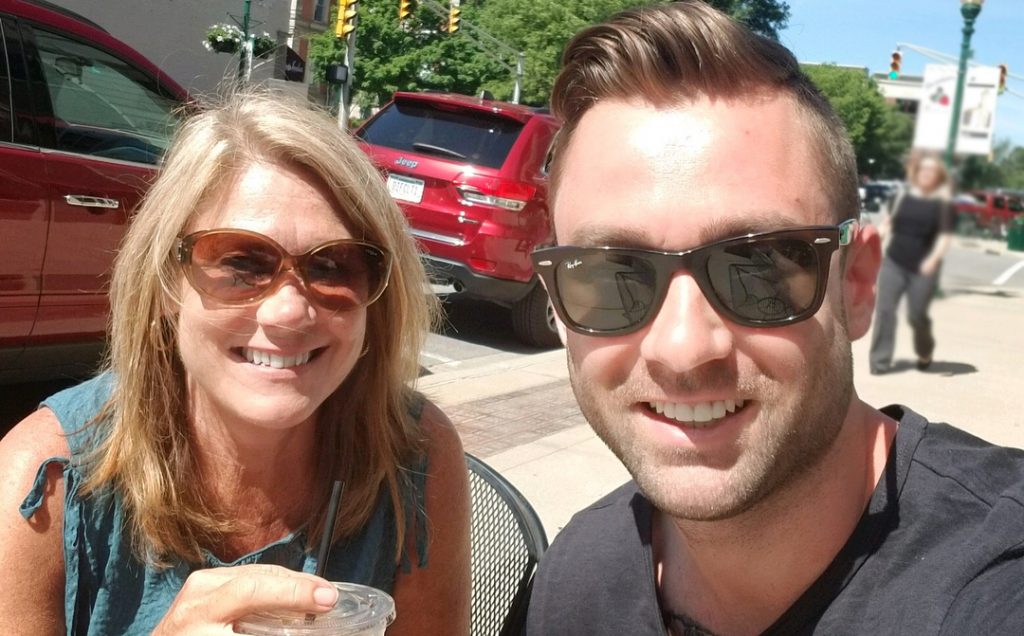 Klotz’s brother is Travis Riley Klotz and is married to Megan Redman Klotz. The couple got married on April 22, 2017, in Effingham, Illinois. They are currently expecting their first baby daughter together!

After watching him goof around on Fox News, many people are curious about Adam Klotz’s relationship status. However, he hasn’t confirmed anything on this as of yet.

But he did post a few photos last year with a girl named Bianca and used the hashtag, #NationalGirlfriendDay. It looks like Klotz likes to keep his dating life private and we can’t blame him; we’re sure after his Winter push-up segment he has no problem impressing the ladies! 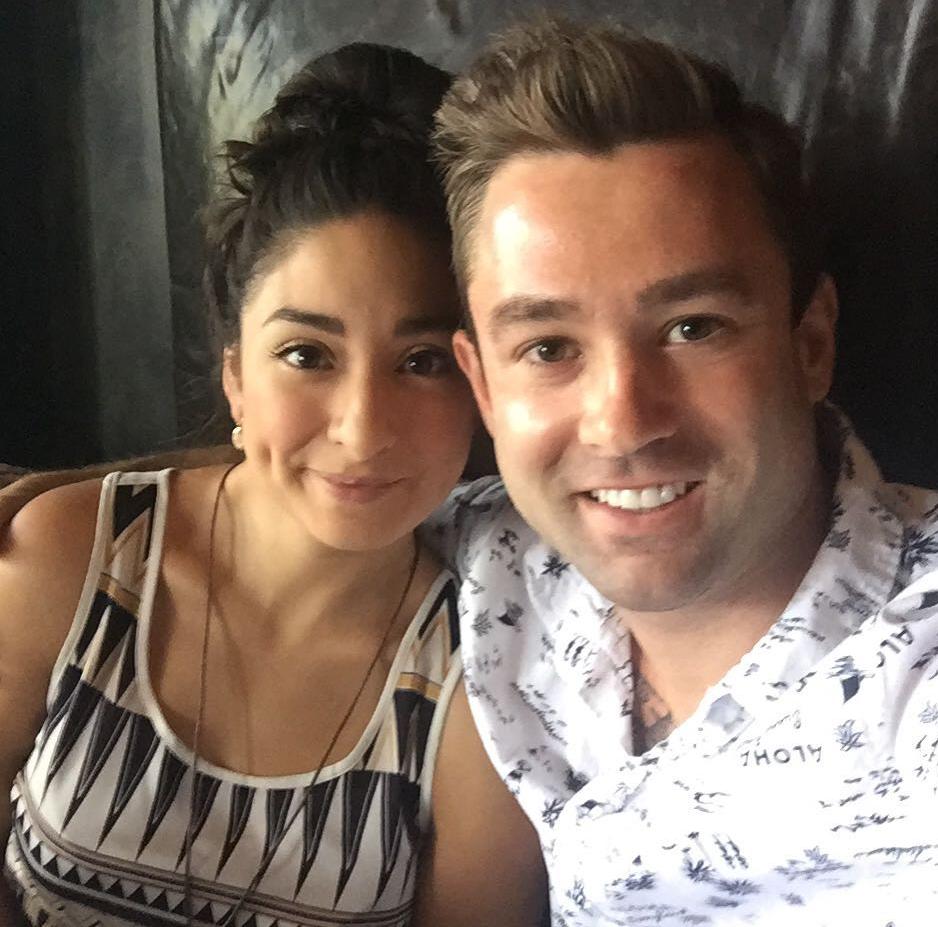 In his free time, Klotz loves to travel and discover new places. So far, he has traveled to five continents.

After his first job, Klotz backpacked through Europe. He has visited countries like France, Germany, Mexico, Australia, Spain, Greece, and many others. He has lived in Italy and the United States.

But it looks like he’s pretty settled in the Big Apple! Because of his job at Fox News as a meteorologist, Adam Klotz currently lives in New York City. He’s certainly come a long way from his days getting wrapped up in microphone wire, and fans have definitely come to love the NYC meteorologist!