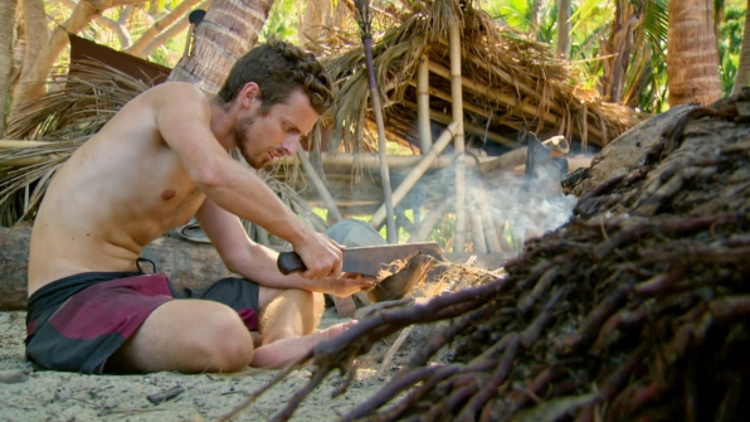 Adam Klein was announced as the winner of CBS’ Survivor: Millennials vs. Gen-X. Since he joined season 33 of the show, he’s best known in relation to the Survivor franchise, and his sick mother.

After 39 days on a remote location in Fiji, Survivor season 33 came to an end last night (December 14). This season pitted 10 Millennials against 10 Gen-Xers. Ultimately, the Millennials took the win, when 26-year-old Adam Klein was voted as the season’s sole survivor. Klein had an emotional journey on Survivor: Millennials vs. Gen-X and has been a contender for the win from the start. Here’s everything you need to know about Survivor winner, Adam Klein.

His Mother Passed Away Shortly After He was Named “Sole Survivor”

Klein came into the competition fighting for his mother, Susie Klein, who had been battling stage four lung cancer. Klein often spoke of his mother on the show, and got very emotional when talking about her battle with cancer.

While the show was going on, Klein spoke positively about her, and many hoped she’d be the true survivor by overcoming her illness. In his bio on the CBS web site he says, “She is surviving lung cancer and has survivorship in her blood [because] her mom survived Auschwitz. She is incredibly physically fit and otherwise healthy. She can tear up the dance floor—that’s where I get my moves!—and she’s my best friend and supporter.”

During the finale, just moments before the jury voted between him, Hannah Shapiro and Ken McNickle to take the win, Klein was moved to tears while speaking about his mother. There was a unanimous vote for Klein to be the winner of the competition.

Unfortunately, on May 14, only two days after the show wrapped up filming, it was revealed that Susie Klein passed away. Filming for the show wrapped up almost six months ago, and the season finale aired last night. Klein posted this picture on his Instagram after her death.

Despair is easy and keeping life brilliant and full of color and light is a challenge without you, Mom. Your physical absence is a constant struggle. But we feel your light shining on us and emanating from us, and we continue forward. It’s what you would want, and it’s what we need.

Apart from his mother, not much is known about Adam Klein’s family. His Instagram page shows pictures of his father, Alan Klein, and brother. According to a Youcaring post, Klein’s parents were very active and inspired health and wellness in their sons while Susie Klein was alive. She always ate organic and never smoked a day in her life.

It’s been 6 months without our best friend, our biggest cheerleader, our best source of optimism, joy, and laughter. Goddamn I miss you. Every minute of every day. It’s still so hard to comprehend how this could happen. This picture was taken in December, just 5 months before my mom passed away. She was still walking around the block until just two days before she died. I’m trying to live life like you, mom. It’s hard without you. But your energy guides me, still, and pushes me to be the best I can be. The most giving, loving, luminous that I can be, just to hope to match how you always were. And it’s not just me, mom. You’re inspiring so many people. And they’re all keeping you alive. ❤️ always. #LiveLikeSusie

He Started an Organization to Raise Funds for Cancer Research

Susie Klein may have passed away, but her son is keeping her name alive. Klein has started the #LiveLikeSusie Memorial Fund for Lung Cancer Research on YouCaring, a fundraising site. People reported that Klein received news that his mother passed away after the final tribal council.

Wow. ❤️ to all. If you would like to send love via a donation of any amount to lung cancer research: https://t.co/8eN42Lg7vt #LiveLikeSusie https://t.co/8bC88xAzY5

Klein, a homeless shelter manager, spoke about raising funds for cancer research in his mother’s name saying, “I can only hope her story will really resonate with people. Every single day my mom was alive, she lived life to the fullest. And I know she would want me to do the same. I want to use Survivor as an opportunity to bring some meaning to my mom’s life and death, and ultimately help other families not have to experience the type of pain my family has experienced.”

Before Survivor, Adam Klein chaired a “Relay for Life” event that raised over $135,000 for cancer research. Klein’s current net worth isn’t known, but since he’s won Survivor, he’s $1.0 million richer! During the show’s live finale last night, Klein announced that he would be donating $100,000.00 of his winnings to cancer research.

Adam is a Survivor “Superfan”

Klein is a self-declared “superfan” of the Survivor series. He said on the show that he and his mother are big fans, and even listed browsing the show’s Subreddit page as a hobby. It was his dream to be on the show since it first premiered.

“As an ultimate super-duper fan, winning Survivor is an unrealized goal that I simply must accomplish. I have dreamed of winning Survivor since I was 9 years old, even going so far as to play Survivor online when I was in middle school,” he stated in his bio.

Klein had tried to get on the show twice before he finally set off for Fiji to film Survivor: Millennials vs Gen-X. He said in an interview with Parade that he and his mother were almost cast together for Survivor season 27. “Two years ago, I almost got on with my mom for the Blood vs. Water season. We went through the process on that, and ultimately didn’t get on the show,” he said. He added that he and his mother watched every single season together.