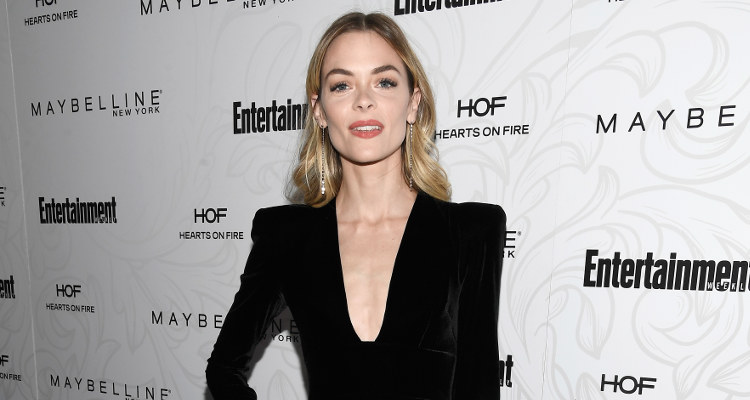 Jaime King is definitely a proud mommy of two princes. The 37-year-old actress took to Instagram to share an adorable picture of her eldest son leaning on a couch.

Jaime King and her husband Kyle Newman met each other in 2005 on the set of Fanboys, which Newman directed. After three months of dating, the couple moved in together, and the two got married on November 23, 2007 in an “intimate and relaxed” ceremony in Los Angeles.

Five years later, it was announced that the couple was expecting their first child, and James Knight was born on October 6, 2013. In 2014, King revealed her struggle with endometriosis and polycystic ovary syndrome, which led to infertility. King further disclosed that she had suffered five miscarriages and an ectopic pregnancy before naturally becoming pregnant with James.

Their second son, Leo Thames Newman, was born on July 16, 2015, and Taylor Swift is his godmother. Jaime King absolutely loves her children, and feels blessed to have been able to conceive them. This is good news for us, because we think her sons are adorable, and love catching glimpses of them.

Recently, the actress took to Instagram to share a playful photo of her son James. One look at that face and it is understandable to see why she loves him so much!