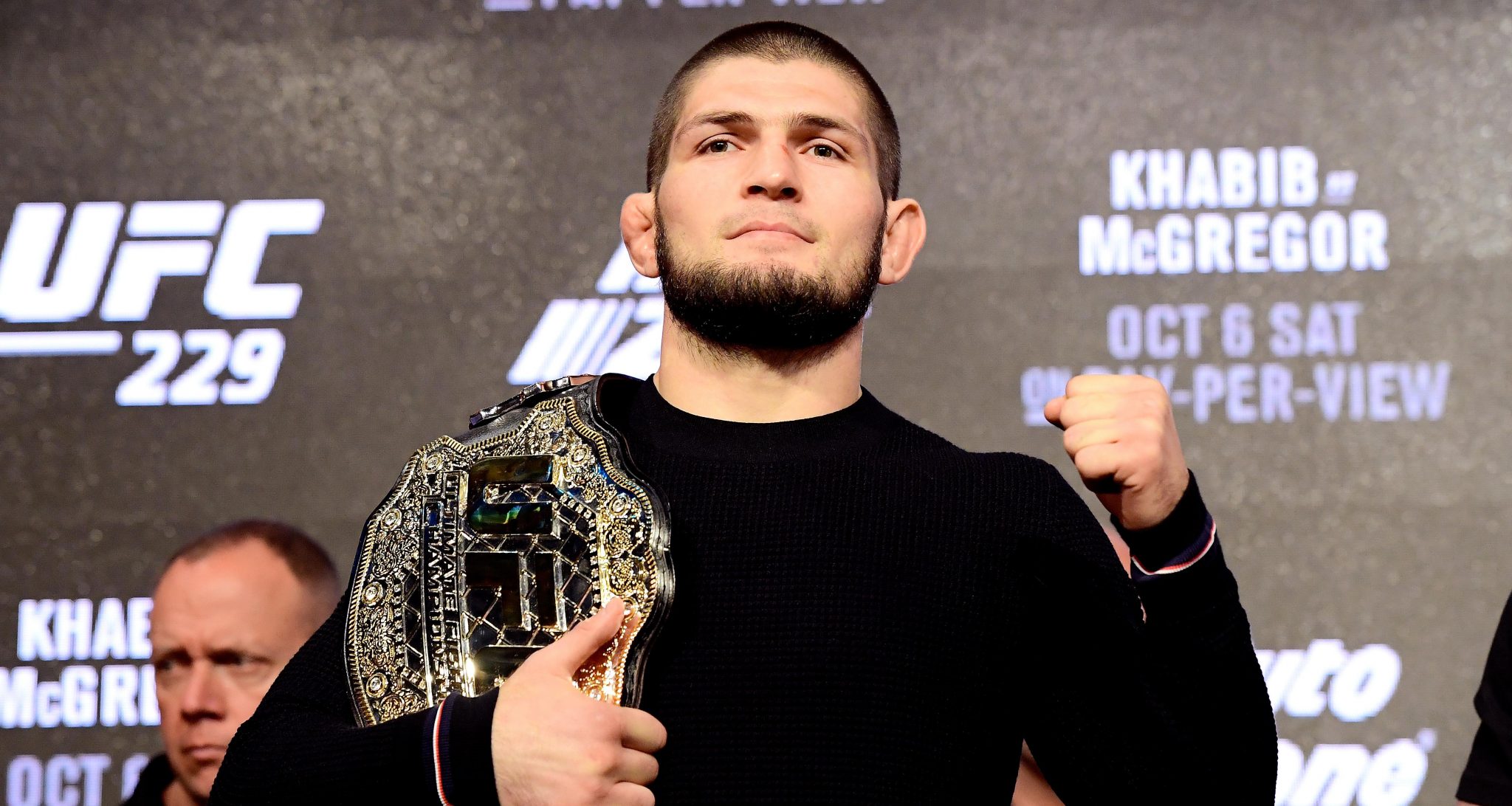 Abdulmanap Nurmagomedov has been given the title of “Honored Coach of Russia” for many good reasons. He has trained and guided several champion fighters in combat sports, including his son, Khabib Nurmagomedov. He even provided a way out for Dagestan’s youth, who otherwise have no option but to turn to violence in their politically unstable homeland. Abdulmanap was in the army and was a good fighter in judo and sambo before he made coaching his life’s calling, and he’s done wonders as a coach to his son. Keep reading to know more about Khabib Nurmagomedov’s father, right here!

Khabib Nurmagomedov may be a grown man at 30 years old, but that’s not going to save him from his father’s wrath any more than it did when he was a kid years ago. That’s because his father, Abdulmanap Nurmagomedov, is certainly not pleased with his son’s post-fight brawl at UFC 229.

In case you missed the headlines, Khabib jumped the fence and attacked opponent Conor McGregor’s training partner, Dillon Danis following their fight on Saturday (October 6). Now, Khabib Nurmagomedov has been challenged by Danis to a fight!

The UFC 229 post-fight brawl upset Khabib Nurmagomedov’s dad to no end. And the Russian martial arts coach warned his son that he would be disciplined, warning that his punishment will be “much stronger” than the UFC’s.

Abdulmanap said, “I will impose a punishment tougher than the UFC’s. I warned him. For me, discipline comes first. You do whatever you want in the Octagon, [but] outside – this is the border of civilians, where there are children, women, strangers.”

He’s an Honored Coach in Russia

Born on December 10, 1962 in Sildi, Russia, Abdulmanap Nurmagomedov’s age is 55 years old. He’s one of the most famous, respected, and sought-after coaches in Russia today. He has trained and brought up a whole legion of titled fighters, including his own son, Khabib Nurmagomedov.

In fact, Abdulmanap Nurmagomedov is a master of combat sports in Russia and holds the title of “Honored Coach of Russia.”

Abdulmanap Nurmagomedov started his combat sports career with freestyle wrestling in Ukraine. He later joined the army where he learned martial arts like judo and sambo.

Soon, he was paying full attention to these exciting sports and won championship titles in judo and sambo in Ukraine. He trained with some of the finest coaches like Peter Butriy and Vladimir Nevzorov in the Soviet Union.

Abdulmanap then turned to martial arts and combat sports training and became a coach. His first big success as a coach came when his brother, Nurmagomed Nurmagomedov, won at the World Sambo Championship for Ukraine’s national team in 1992.

Churning Out a Legion of Champion Fighters

Abdulmanap then returned to Dagestan, where he established the already famous “Manapov school.” He utilized the facilities available and the well-equipped gymnasium.

A post shared by Abdulmanap_nurmagomedov (@abdulmanap.nurmagomedov) on Aug 13, 2018 at 12:31am PDT

Abdulmanap’s training methods are rigorous, punishing, and diverse. His focus is to develop the fighter’s impact techniques, endurance, and strategic thinking.

He gives them sets of complicated exercises and insists on them giving their full attention to the learning and training he imparts. And according to Abdulmanap, everything else is secondary.

Even though Abdulmanap Nurmagomedov’s hometown is Kizilyurt, Dagestan, he currently lives in Makhachkala, the capital city of the Republic of Dagestan, Russia.

He studied at Kirovaulskaya secondary school in Kizilyurt before graduating from UMSA Poltava with a degree in accounting, analysis, and auditing in 1987.

On September 11, 1999, he became a senior coach and did combat training in sambo, a position he holds even today.

Just like his life, Abdulmanap Nurmagomedov’s Instagram account is dedicated to martial arts fighting. There are even photos of his son with McGregor both before and after the UFC fight.

You’ll also find plenty of posts of him with his students, his coaching team, his friends, and his son Khabib, as well as pics of his beloved homeland, Dagestan.

It’s evident that Abdulmanap is passionate about his responsibilities as a coach and trainer and gives himself entirely to his job.

He’s Given Direction to Dagestan’s Youth

There is no doubt that Abdulmanap Nurmagomedov will continue to provide direction, hope, and inspiration to the youth of Dagestan. He wants them to take up sports as their vocation and work their way out of the political cesspool existing in their homeland.

Abdulmanap is also known to be fair. So, his son can’t even avoid getting punished for the mistake he’s made when he crossed the line and caused a brawl at UFC 229!

A post shared by Abdulmanap_nurmagomedov (@abdulmanap.nurmagomedov) on Jul 18, 2018 at 3:21am PDT

When Khabib was nine years old, his father reportedly made him wrestle a bear as part of his training. Yikes!

Now we know the reason why Abdulmanap Nurmagomedov churns out champions all the time!

Also Read: Some of the Most Interesting Facts about Khabib Nurmagomedov’s Manager