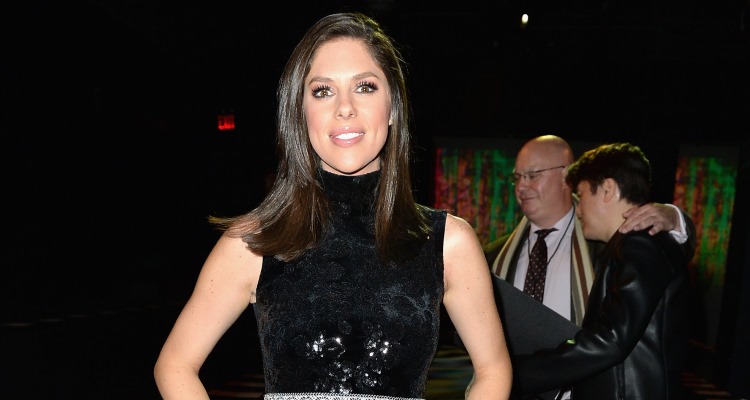 Abby Huntsman is well-known for her current position as an assignment reporter on Fox News. The daughter of the former Utah Governor has had a prosperous career and at only 31, we can only expect more great things to come. For Abby Huntsman, Fox News isn’t the only thing she has going for her—she also has a thriving family life! To learn more about this high-powered news anchor, keep on reading our Abby Huntsman wiki.

Of course, Abby Huntsman now has a prosperous career in journalism, but she did a lot of work beforehand to get where she is today! When she was 16 years old, she landed a behind-the-scenes position at Good Morning America. However, she disliked it so much, she considered denouncing a career in journalism altogether! Fortunately, she stuck with it, and while she was in school at the University of Pennsylvania, she landed an internship working for Diane Sawyer. This renewed her love of journalism, and Sawyer became one of the people that she aimed to emulated career-wise. In 2012 after her father, Jon Hunstsman Jr.’s, campaign, she became a political commentator for ABC News. Continuing to climb the ladder of success, Abby Huntsman was featured on the 2013 Forbes 30 Under 30 List of up and coming young professionals in the media, coming in at #26. Before landing her current gig with Fox, she was a host and producer for HuffPost live, and a frequent guest on CNN.

She Married Her College Sweetheart

Managing her skyrocketing career, you would be proud to know that Abby Huntsman’s family and personal life hasn’t suffered. She met Jeffery Bruce Livingston during her time at the University of Pennsylvania, and the pair hit it off instantly. They were married in 2010 in a beautiful ceremony at the Washington National Cathedral. Abby Huntsman’s husband works at a private equity firm, so it’s likely with both their salaries that the Huntsman-Livingston’s are living comfortably!

Abby and Jeffery have been married for seven years now, which had left many people wondering: is Abby Huntsman pregnant? Do the pair even want children? Well, as of June 2017, they officially announced they’re expecting a little girl! Abby began a segment on the Fox & Friends Weekend show, answering tweets and questions viewers had for her. Many were asking about the changes they’d witnessed in their favorite host, mentioning her growing appetite and supposed “glow.” She then invited her partner onto the show to clear the air and officially announce her pregnancy! The pair announced the gender of their baby at the same time, which means that she was likely more than halfway through her pregnancy when the news finally became public. Abby is due to deliver her little girl sometime near Thanksgiving this year.

If fans want to follow her pregnancy, all they have to do is check out Abby Huntsman’s Instagram feed—it’s filled with glowing shots of the soon-to-be mom. For those of you looking for Abby Huntsman’s hot pics, those days seem to be long gone, as she mainly sticks to posting sweet shots of her and her husband, accompanied by her adorable baby bump. Check out some of her recent posts below!

Abby, realizing her baby girl is really on the way and will be here in a few short months!

Abby and Jeffery trying their hand at swaddling on live television! Gotta be prepared!

My cute hubby learning very quickly how to juggle being a dad…and on national tv! He’s a great sport. #swaddlecontest @foxandfriends

Abby confirms the rumors on Instagram with a sweet, side profile shot!