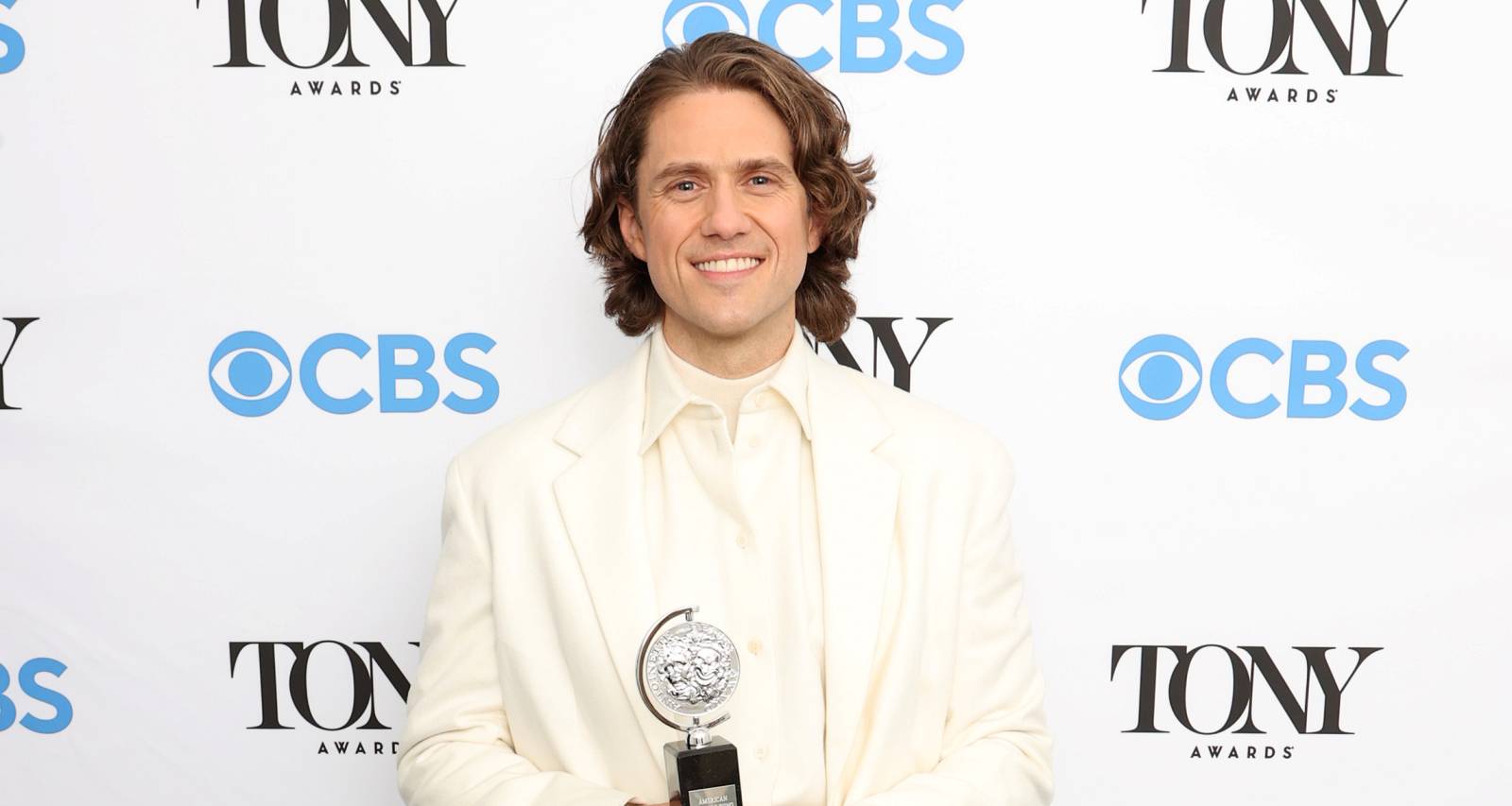 Aaron Tveit, winner of the award for Best Performance by an Actor in a Leading Role in a Musical for "Moulin Rouge! The Musical," poses in the press room during the 74th Annual Tony Awards at Winter Garden Theatre on September 26, 2021 in New York City. (Photo by Cindy Ord/Getty Images for Tony Awards Productions)

Aaron Tveit is a 32-year-old actor and singer who’s made a net worth of $1.5 million from acting in a couple of hit movies and television shows.But the actor is now turning out to be much more versatile than expected, and apparently has bankable assets for many production companies. Aaron Tveit, who first broke into acting in 2003, has had a varied range of work in his decade-long career. He’s done a variety of work, from Broadway musicals to television sitcoms and movies.

Aaron Kyle Tveit was born on October 21, 1983 in Midtown, New York. His family hails from Norwegian descent. He graduated from Middletown High School, where was active in school theater and where he began to hone his singing abilities. The blue-eyed stage charmer is six feet (1.83 m) tall, weighs around 165 pounds, and has a fair complexion with a brown mane. Since childhood, Tveit has been passionate about playing sports, mostly soccer, baseball, and even golf, although his true passion lies in acting.

In his early days as a budding actor, Aaron Tveit starred in the stage production of Rent before he was cast as Link Larkin in the national tour of Hairspray (2005-2008). His Broadway debut came in 2006 when he played D’Artagnan in the musical adaptation of The Three Musketeers.

In 2008, Tveit began performing as Fiyero in Wicked, but left the production five months later to rejoin the on-stage cast of Next to Normal. Next, he took on the lead role of Frank Abagnale Jr. in the musical adaptation of Catch Me If You Can. In 2008, Tveit made his film debut alongside funnyman Ricky Gervais in Ghost Town.

Grease: Live and Other Movie Roles

Tveit was most recently seen this year as Danny Zuko in Grease: Live opposite Julianne Hough as Sandy Young. The Fox production, which also starred Vanesa Hudgens, Keke Palmer, and Carly Rae Jepsen, received rave reviews from fans and critics alike. There’s no doubt that the January 31 airing of the stage adaptation helped to garner an even bigger legion of fans for Aaron Tveit.

Many people may not realize that the Danny Zuko they were seeing in Grease: Live was the same guy who played Enjolras in the 2012 Oscar-winning musical Les Misérables alongside Hugh Jackman, Anne Hathaway, Russell Crowe, and Amanda Seyfried. His other notable movie credits include Howl (2010), Girl Walks Into a Bar (2011), Premium Rush (2012), and Big Sky (2015), as well as the upcoming comedy Undrafted. These movies have earned him around a million dollars, and now the actor is reportedly earning an annual salary of around $181,000.

Seeing as how he’s relatively new in the game, his sponsorship earnings likely add no more than around $50,000 to Aaron Tveit’s net worth. That might not seem like much compared to other Hollywood bigwigs, but with $1.5 million in the bank to start, the actor will undoubtedly work to prove his caliber in future projects for film, stage, and television.