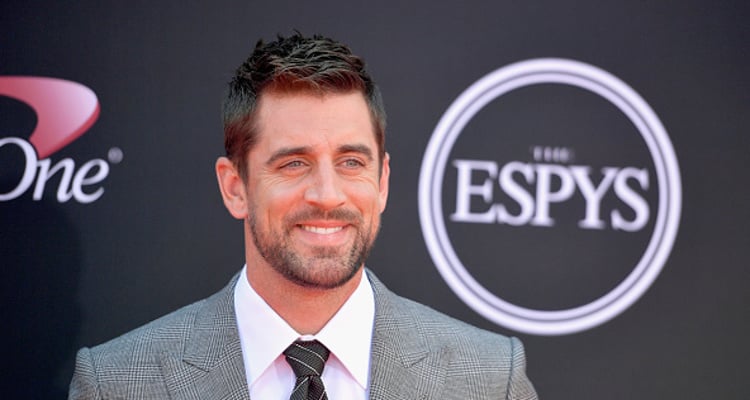 Aaron Rodgers and Marie Margolius were recently spotted looking cozy at a restaurant in NYC’s Upper East Side. It was reported that the couple entered The East Pole, known for its British pub-style drinks and food, and looked very comfortable together. Read on to know all about Rodgers’ alleged new relationship with Marie Margolius.

After Olivia Munn and Aaron Rodgers’ very public split, he seems to have found his spark once again. The former couple reportedly broke up due to Munn not getting along with his family. But all that has been put aside and the NFL player seems to have found something new in a fellow athlete, Marie Margolius.

The two were spotted having an intimate dinner together in a private booth that they allegedly requested. It is also reported that Margolius spoke with most of the people at the restaurant and Rodgers kept himself shrouded under a baseball hat. They sat next to each other and looked very happy together. Though there were no signs of PDA, it was reported that they looked like they were on a very romantic date together (like instead of sitting across from her in the booth, Rodgers opted to sit next to her). It seems these two may be developing a romance and many are looking to learn more about her as it blossoms. Here are some things to know about Marie Margolius, Aaron Rodgers’ suspected new chick.

Mari Margolius graduated from Harvard in 2015, making her age roughly 24. The young soccer star’s parents are David and Celeste Margolius. She has three siblings: Gary, David, and Amy, who are all older than her.

#2. Marie is a Soccer Player

Marie Margolius graduated from Acton-Boxborough high school in 2011 and played soccer from a young age. She was the captain of her high school team, and went on to play for her university team.

#3. She is Highly Educated

Marie put her plans into motion and got into the prestigious Harvard University. She graduated with a major in science and history, getting her résumé ready for a world outside of soccer. Not that she is going to stop playing the sport any time soon!

Aaron Rodgers dated Olivia Munn for three years before they spit up in 2016. There was allegedly a lot of “drama” between her and Rodgers’ family, who apparently thought she was controlling. Has all that changed with Marie Margolius? The 33-year-old NFL player made sure to keep his rumored relationship under the radar, as the two have been quietly spending time together out of the public eye.

Margolius’ social media posts suggest that she may have been in a relationship with NFL player Steve Michalek before she met Aaron Rodgers. Though, it is unclear whether or not they were ever more than friends. But for now, she and Rodgers look happy together, and we can only wait until they confirm their relationship status!