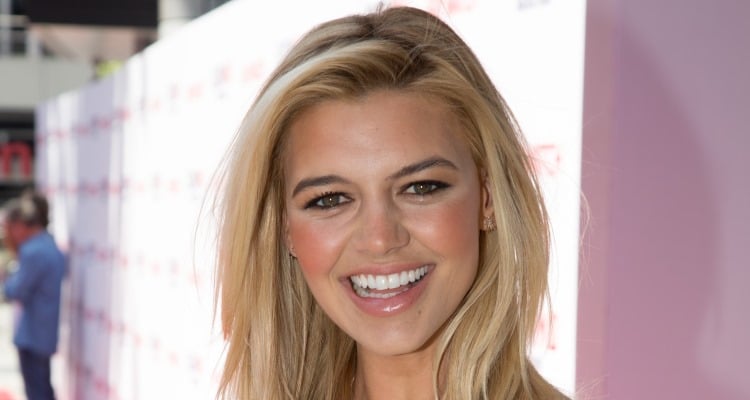 Kelly Rohrbach was born on January 21, 1990 in Connecticut and is an actress and model. Kelly Rohrbach’s net worth is approximately $2.0 million. Fans can also get a glimpse into her life by visiting Kelly Rohrbach’s Instagram account. There, you’ll find countless hot pics of the beauty, and her latest projects and promotions.

She’s not quite an A-list star yet, but she’s on her way. The young model-actress is building her profile and if you’re looking forward to at least one of Kelly Rohrbach’s movies, then Baywatch is the one to see! She will be starring as C.J. Parker, alongside Dwayne Johnson and Zac Efron. Cue all the slow-motion runs, tight red swim suits, and shameless chest close-ups. The remake is set to be one of the summer’s highly anticipated comedies, and Quantico’s Priyanka Chohpra is the villain!

Rohrbach also revealed what her co-stars like Zac Efron did to stay in shape for the movie and in between scenes. After hearing her explain her extensive workout regimes, it’s no surprise that she looks the way she does!

“Everybody worked out hard to get their beach bodies — the guys and the girls,” she explained. “I love to eat, so I worked out really hard. I was running at least five times a week, plus I was doing a lot of weights and boxing classes. The great thing was that because I was doing such high-intensity workouts I got to eat steak every night during filming!”

@lipsylondon thanks for a perfect beach day! More to come! #lipsylondon

“You won’t believe how many fittings it took to get the swimsuit right,” said Rohrbach to the UK-based publication, Daily Star.

She added, “It was re-tailored like 10 times to make my legs look as long as they can and my bum look as good as possible, but I am really happy with the end result.” When she dons that iconic red one piece, there’s no denying Rohrbach is reminiscent of a young Pamela Anderson, who originally played the role of C.J. Parker in the early ’90s hit TV show.

“The red Baywatch swimsuit is iconic,” she added. “When I had my first fitting I guess it felt a bit like Superman putting on his cape for the first time.” Well, from the looks of it, she’s already doing it justice!

Because the ???? always wins.! Post a video of yourself doing anything, well maybe not anything ????, in slow motion and I think (???) you win free tickets the Miami premiere! @therock mentioned something about the winner touching @zacefron abs. So it’s either abs or tickets, you choose! #IChooseTheAbs #slowmotionchallenge

Every couple has baggage, and in Hollywood, it’s always good-looking baggage. While things didn’t work out between Munn and Green Bay packers star Rodgers, things didn’t pan out with DiCaprio and Rohrbach either. She was dating DiCaprio around the time he was promoting The Revenant. He’s been known to date younger women (the exes had a 20-year age difference) and their schedules were just too hectic.

It didn’t take long, but just a few weeks after Rodgers and Munn split, the football pro was seen on what appears to be a date with his new love interest. The two were out on a golf course in Los Angeles. (Did we mention that she golfs, as well? She played at college level!) The two looked like they had a great time, according to TMZ.

But let’s be real, here. They could just be friends! Everyone is already calling her his girlfriend and we can only imagine how Munn is feeling, now that her ex-boyfriend is already recovering her fumble. We know it’s Spring, but we think we there’s something more here than just birds chirping in the air!