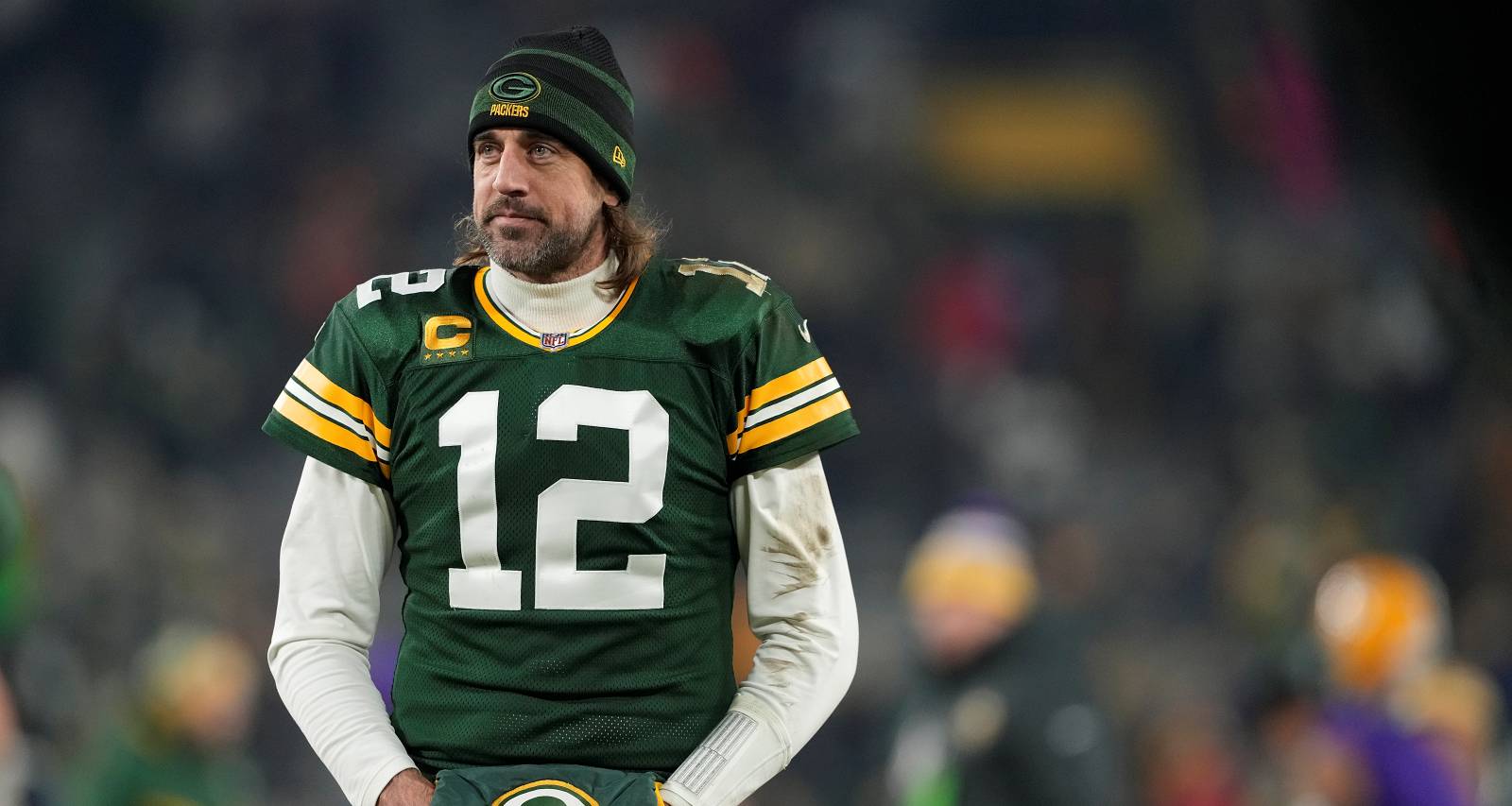 Quarterback Aaron Rodgers #12 of the Green Bay Packers walks off the field after the Packers defeated the Minnesota Vikings 37-10 to win the game at Lambeau Field on January 02, 2022 in Green Bay, Wisconsin. (Photo by Patrick McDermott/Getty Images)

32-year-old Aaron Rodgers is a well-known celebrity in his right. He is currently dating Hollywood actress Olivia Munn. Olivia Munn and Aaron Rodgers have been dating since 2014. The adorable couple have been denying engagement rumors for a long time now and recently adopted a puppy together. They are frequently photographed together, walking hand-in-hand. So, why aren’t Aaron Rodgers and Jordan Rodgers on speaking terms? What is the deal with Aaron Rodgers’ and Jordan Rodgers’ relationship? Allegedly, Olivia Munn is said to be responsible for driving a wedge between Aaron and his family, and it is rumored that they don’t like her very much. The family didn’t even mention her name on Jordan and Jojo’s visit to the Rodgers home. Ouch!

On last week’s The Bachelorette episode, Jordan disclosed that he has been estranged from his brother, and that they share a complicated relationship. He revealed that Aaron probably didn’t even know that his younger brother was a contestant on The Bachelorette. This week, on their hometown date in Chico, California, Jojo and Jordan visited his old school, and she pointed at a photo of Aaron on the wall. Apparently, Jordan looked hurt and uncomfortable, leading Jojo to ask him if she should refrain from discussing the obviously sensitive topic with his parents.

The third Rodgers’ brother, Luke, revealed to Jojo that Aaron was a sore subject that the family doesn’t like to discuss. He said that it was painful not having an amicable relationship, and that they miss their brother. Aaron Rodgers has been estranged from his family for two years. Jordan was recently accused of appearing on the hit reality show for the wrong reasons, but was defended by his father, Ed Rodgers, who is a Texas-based chiropractor. The Rodgers family admitted that being in The Bachelorette proved to be a “weird environment.” Ed Rodgers defended his son against the allegations, stating that they were all false. He said, “Fame can change you, but one thing I know about Jordan, he’s so strong-willed, and that’s not going to change him in any way.” Awww!

So, what does Jojo Fletcher have to say about Jordan’s dysfunctional relationship with his brother? She announced, “I know who Jordan is. And I know who he is to me. He is nobody’s brother. He is a man that I am falling in love with and I am crazy about.” Well, that’s definitely some good news for fans, because it looks like there might be a happy ending to this love story after all!