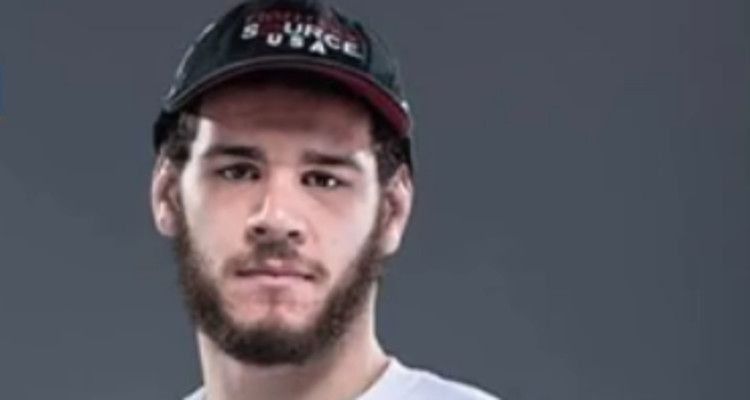 It is a terrible time for the Rajman family as MMA fighter, Aaron Rajman was shot in his West Boca house on Monday. If you want to know about the MMA fighter who was killed in a home invasion, take a look at our Aaron Rajman wiki.

Aaron Rajman was born on June 27, 1992, in Bronx, New York and at the age of four, he moved to Florida with his family. He was one of seven kids and his family suffered financial difficulties. Growing up, he found himself in a lot of trouble. In his teens, he experimented with drugs and was often caught with them. He was raised in a Jewish household and Rajman later devoted a lot of time to his faith.

Rajman’s father, Gabriel, passed away at the age of 46 in 2011 from lymphoma. At the time of his father’s death, the MMA fighter was only 19-years-old. Talking about his father, Rajman said that he could feel Gabriel rooting for him, and gave his father credit for his mental training.

Also Read: Ronda Rousey’s New Movies in 2017: Will We See the MMA Fighter on the Big Screen This Year?

He was a mixed martial arts fighter with a 2-2-0 record. Rajman fought his first pro match in April 2014 and his last one was on May 7, 2016 when he lost to Luis Raul Gomez Alvarez. He started his amateur career in 2010 where he had an 8-1-0 record. MMA referee, Russ Greenberg revealed that Rajman was suffering from a leg injury and was hoping to fight again soon.

Rajman’s Religion was Very Important to Him

Nicknamed “The Matzoh Brawler,” Aaron Rajman wrote an essay about his background and Jewish heritage. In the essay, he revealed that when he was not training, he would devote his time to his family and community. Additionally, he also took up cooking as a hobby, “In the gym you often hear things like ‘Don’t give up!,’ ‘Don’t look tired!,’ ‘Figure it out!.’ I often have to tell myself these things outside of the gym. Sure, spirituality gives a person a sense of restraint and a desire to act in a commendable way which is important for a fighter. Cooking and being nutrition conscious is good for a fighter and so is self defense. The main point though, is that everything I learn in martial arts, leaves the fight with me and becomes my character. Long story short it seems my keys to success in and out of the gym are to let my head rule over my heart, to use my body and physical resources properly and to put my training to use in every situation.”

Aaron Rajman’s Cause of Death

On Monday, July 3, 2017 Aaron Rajman was brutally shot when a group of armed men broke into his house before 10:30 p.m. He died on Tuesday. The police statement read, “Upon arrival deputies learned that unknown males entered the home where an altercation ensued that resulted in a male being shot. The suspects fled in a vehicle in an unknown direction.” Rajman was 25 at the time of his death. Investigators revealed that there was no motive for the shooting and after at least one shot was fired, the men fled the scene by car.