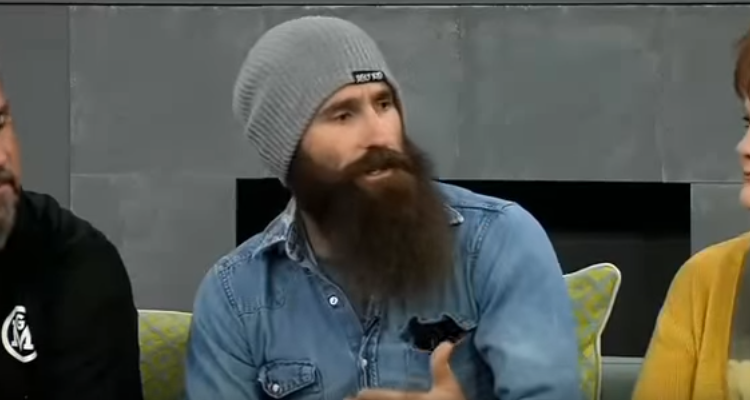 Aaron Kaufman had an interest in taking things apart and rebuilding them from childhood. When he grew up, he applied the same talent to rebuilding vehicles and became famous for it. He is back on TV with a brand new show called Shifting Gears with Aaron Kaufman where he builds his dream vehicles. With a net worth estimated between $3.0 and $6.0 million and a caring girlfriend, Kaufman’s life is really looking up.

People who were upset when super mechanic Aaron Kaufman left the popular show, Fast N’ Loud, should cheer up now. And for a good reason, too!

Aaron Kaufman has returned to the small screen with his brand new show, Shifting Gears with Aaron Kaufman. It premiered at 10:00 pm ET on Monday, March 5, 2018, on the Discovery Channel.

So what is Kaufman doing on his new show?

For starters, Kaufman is his own boss this time. He is redefining custom car building by pushing the envelope in design. The master mechanic is taking on concepts and building vehicles that he had only dreamed of so far.

Here are a few details from Aaron Kaufman’s wiki.

Kaufman achieved fame as the mechanic working at the Gas Monkey Garage on Discovery Channel’s popular show, Fast N’ Loud. The series ran for nine seasons and some specials and proved to be immensely popular with both men and women.

A Passion for Building Vehicles

Aaron Kaufman became interested in taking things apart and rebuilding them from a young age. He spent most of his childhood tinkering around with toys and mechanical objects. Eventually, his passion for mechanics and cars led him to the world of hot rods.

Kaufman went on to become a talented mechanic and fabricator.

Starting His Own Outfit

After leaving Gas Monkey Garage in 2016, the mechanic started planning his new venture and finally opened his own business called Arclight Fabrication. Aaron Kaufman’s shop is located in Dallas, Texas.

Kaufman selected his talented employees personally. He involved them in his vision to build vehicles that can perform and withstand the harshest conditions.

The reality star is clear that he wants to break out of his comfort zone. He will be talking to some of the top experts in the country while pushing the boundaries of his vehicles’ performances.

Working on His Dream Project

Kaufman has already lined up his first big project. He will take an International Scout and transform it into one of the toughest Ultra4 trucks ever conceived.

The fabricator wants to build it so that it can perform on asphalt and off-road terrains, as he wants to participate in the “King of the Hammers,” the toughest one-day off-road race in the world.

Passion Is Being Rewarded

According to sources, Aaron Kaufman’s net worth is currently estimated to be between $3.0 and $6.0 million. He has made his fortune by mainly repairing cars for auction and appearing on the program, Fast N’ Loud, over the years.

Kaufman is a great example of the adage that if you “do what you love, the money will follow.”

A Breath of Fresh Air

Kaufman has never been married, but he has not been alone either. He is currently dating an attractive woman named Lauren Moore.

Moore has been cheering and supporting Kaufman and encouraging him to start his new venture. And now that it has happened, the couple is happy that all their hard work has paid off.

Aaron Kaufman’s girlfriend has brought freshness and motivation into his life.

The first episode of Aaron Kaufman’s new show, Shifting Gears with Aaron Kaufman, has received a positive response from viewers so far. And, it appears that it’s set to become a fan favorite!

The mechanic-turned-reality star is a great example that when dreams are backed up by hard work and determination, anything is possible. So, be sure to watch Aaron Kaufman in action on his new show!