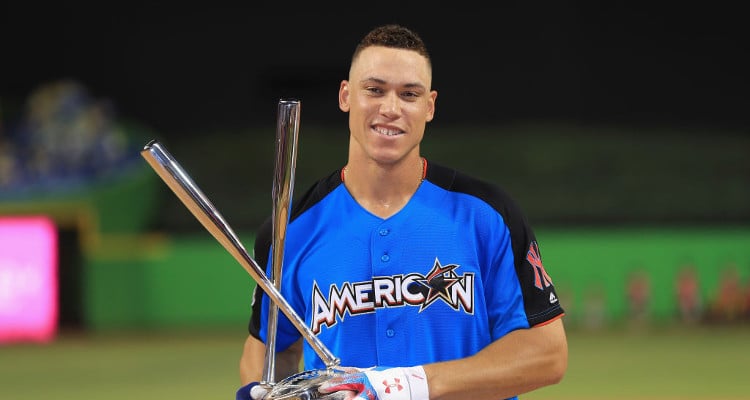 For a while now, New York Yankees outfielder Aaron Judge has been garnering attention because of his rumored relationship. Thanks to an Instagram post, fans are wondering who Aaron Judge’s girlfriend is. If you want to know who Aaron Judge is dating, then take a look at our Sterling Olmstead wiki.

Who in the world knew that one group photo on Instagram with a girl standing right in front of you would spark dating rumors? Baseball outfielder, Aaron Judge is in the limelight because of his relationship status. After an Instagram post, people are wondering if Aaron Judge has a girlfriend. Well, neither Judge nor his rumored girlfriend have made a statement about whether or not they are dating. Here is everything you need to know about Aaron Judge’s rumored girlfriend.

If you take a look at Olmstead’s LinkedIn page, it states that she works as a graphic designer at Revel Systems iPad POS in San Francisco, California. She has been with the firm since January 2016. In 2015, Olmstead graduated from California State University.

sun of a beach ☀️

A Picture is Worth a Thousand Words

So, what started the dating rumor? Judge, along with a couple of friends (including Olmstead) were in Las Vegas for New Year’s Eve 2016. While they were celebrating at Lavo, somebody took a photo of the group. Olmstead can be seen on the far right standing in front of Judge, and it looks like they are holding hands.

That was probably the first and the last pic of the duo together. It has been almost seven months, and neither of them have posted pictures with the other. Olmstead has still been active on social media, and continues to post pictures while hanging out with her friends.

A Huge Baseball Fan and Photographer

Other than friends, something else the rumored couple have in common is baseball. Olmstead’s Instagram is filled with her going to various baseball games. However, whether or not she’s a Yankees fan is unknown.

Sterling Olmstead’s website showcases her love of photography it and is filled with pictures of different objects, locations, and themes. Needless to say, she seems like a pretty talented woman!

Until now, Aaron Judge and Sterling Olmstead have not gone public about their relationship, and have not even addressed the rumors. Without confirmation from them, there is no way to know if Judge has a girlfriend in 2017, or if he is still on the market.