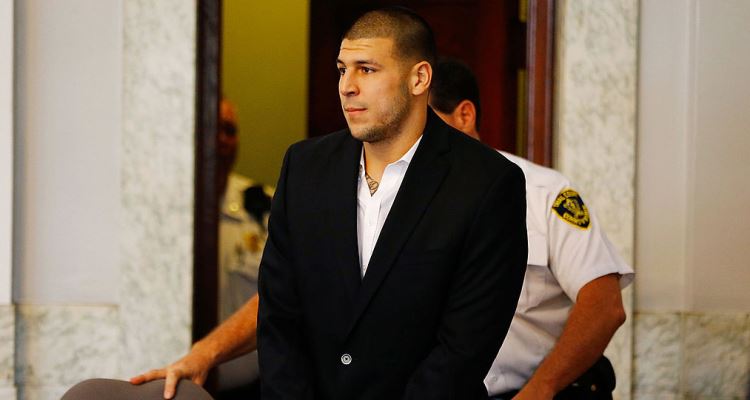 Who was Odin Lloyd?

Odin Lloyd was born in 1985 and moved to Dorchester, Massachusetts with his family. He worked at a landscaping firm, but was mainly known as a semi-professional football player for the Boston Bandits, the oldest semi-pro team in Boston. The team’s website said they are the winners of four championships in the New England Football League. He was a linebacker who sported the jersey number 53. Lloyd also had a sister named Olivia Thibou. Lloyd was 27 years old at the time of his death. According to family reports to CNN, Lloyd had trophies all around his home and was a class clown with a mischievous streak.

In 2013, former Patriots tight end, Aaron Hernandez murdered Odin Lloyd, who was dating Hernandez’s fiancée’s sister, Shaneah Jenkins. A jogger found Lloyd’s body in a secluded area of an industrial park near Hernandez’s home, dead, with multiple gunshot wounds. According to the prosecutor’s case at the time, Hernandez’s motive was that Lloyd was seen speaking to people that Hernandez didn’t like at a bar in Boston. A jury of seven women and five men convicted Hernandez of murdering Lloyd, according to The New York Times.

In the latest Aaron Hernandez news, all media platforms have been reporting about Aaron Hernandez’s suicide earlier this morning (April 19). Although the former Patriots player was acquitted on Friday of the 2012 drive-by shootings of Safiro Furtado and Daniel de Abreu, he was still serving a life sentence without parole for Lloyd’s murder. At approximately 3:05 a.m. EST, Hernandez took a bed sheet in his secluded Massachusetts prison cell and hanged himself from the window. He was found by a corrections officer and lifesaving methods were applied immediately, but it was too late. The news of Aaron Hernandez’s suicide also took place on the same day that the New England Patriots were set to visit the White House for winning this year’s Super Bowl against the Atlanta Falcons.

According to reports by ABC, the team star quarterback, Tom Brady was unable to attend, and released a statement citing “Recent developments” and “personal family matters” as the reason for his absence.”I am so happy and excited that our team is being honored at the White House today. Our team has accomplished something very special that we are all proud of and will be for years to come. Thank you to the President for hosting this honorary celebration and for supporting our team for as long as I can remember. In light of some recent developments, I am unable to attend today’s ceremony, as I am attending to some personal family matters. Hopefully, if we accomplish the goal of winning a championship in the future years, we will back on the South Lawn again soon. Have a great day!”

This isn’t the first time the football MVP skipped out on a sitting president. In 2015, Brady was unable to visit the White House when then-President Barack Obama was in office, due to a “family commitment.”

As for the news of Aaron Hernandez’s suicide, people are still reeling from today’s headlines, many with differing opinions. The reports say that there was no suicide note at the time of Hernandez’s death and he is survived by his 4-year-old daughter Avielle, fiancee Shayanna Jenkins, and his mother and brother.