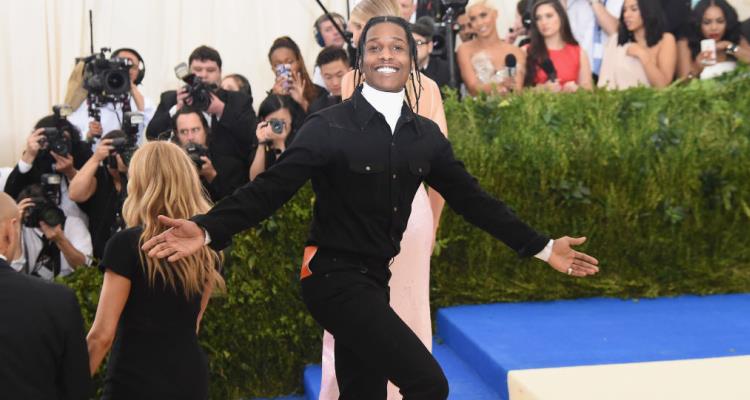 Who is A$AP Rocky dating? Well, if you have to ask, then you clearly haven’t been keeping up! A$AP Rocky’s girlfriend in 2017 is none other than 21-year-old supermodel and reality star, Kendall Jenner. A$AP Rocky and Kendall Jenner are still going strong and they wasted no time showing us how much they love each other. Keep reading if you want to get all the details on their relationship.

Who is Kendall Jenner dating? That’s a popular question for the Keeping Up With the Kardashians star, but there’s no need to guess this time. The California girl he is dating has left her zip code to date the 28-year-old New York native, whose real name is Rakim Mayers. It’s hard to keep up with the famous family, but somehow we manage to get the details on who they’re dating and how bad the break up was in the end. Kendall’s baby sister, Kylie, 19, is also on-and-off-again with rapper Tyga. We always know about Kylie, but we only really get to see Kendall’s professional life, mostly on the runway.

A$AP Doesn’t Want to Be on KUWTK

Unlike Tyga, it looks like fans of the hit E! show won’t get a chance to see A$AP Rocky make an appearance on any season of Keeping Up With the Kardashians! The rapper is keen on staying away from the camera and they both have made a strong effort to keep their private lives just that; private.

“It’s highly unlikely that you’re going to see Kendall and Rocky on a red carpet together anytime soon,” a source told Hollywood Life.

That’s all well and good for them, but what about us? But it makes sense that Kendall would want to keep her relationship private, especially since anytime a relationship goes on their TV show, it tends to fall apart. Kris Humphries, Lamar Odom and Scott Disick are prime examples of the “Kardashian Kurse.” But to be fair, we can’t give the show that much credit for ruing Kendall’s sisters’ love lives. Their problems were much deeper, but airing your dirty laundry to the whole world doesn’t help, either. So, we can see why Kendall would want to keep her love life under wraps, like normal people usually do!

Are the Jenners taking over the BET Awards? That could be the case if the young power couple make their red carpet debut together! They have already been to the Met Gala together and there was a bit of PDA caught on social media. But the couple were mostly apart from each other and this time, A$AP Rocky wants Kendall by his side. The “L$D” rapper has an amazing performance lined up for Sunday’s award show on June 25, but the night won’t be complete without his girlfriend.

“ASAP is hoping to take Kendall with him to the BET Awards this weekend,” said a source to Hollywood Life. “He is both excited and nervous about performing at the big award show simply because, with so many big names in the audience, this appearance in front of his peers means a lot to him.”

Here’s hoping she says yes and posts a selfie of them together on Kendall Jenner’s Instagram!