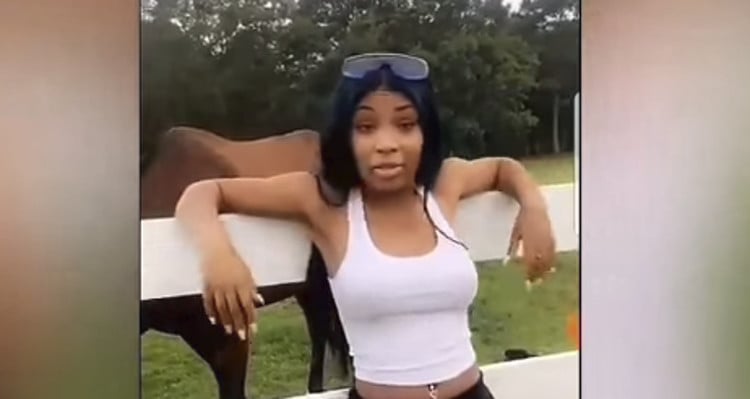 Aaliyah Jay is a successful beauty blogger who posts videos about her makeup products. But what about her personal life? Who is Aaliyah Jay’s boyfriend in 2017? Keep reading to know who the YouTuber is dating this year.

Also known as “PRINCE$$,” Aaliyah Jay mostly concentrates on herself in her Instagram posts. Her life has mostly been under the media glare and is constantly under speculation. So, who is Aaliyah Jay dating? We’ve got the scoop on him, right here.

Aaliyah Jay’s tutorials on YouTube are now viral, and people tend to anxiously wait for her next upload. Jay is just a regular 23-year-old girl who quickly discovered that posting makeup and lifestyle videos on the Internet was great fun and a learning experience.

Say GOODBYE to raccoon eyes! And say HELLO to a stainless pillow ? I absolutely cannot go to sleep without removing my makeup with @PONDS Towelettes. #Ad They’re infused with Cold Cream technology, so they remove every ounce of makeup and instantly hydrates my skin ✨ Waking up with clean, soft skin is a DREAM come true ☁?#PONDSPillowTest

There was a time when Jay was cyber-bullied to a great extent. It was her mother who advised her not to bother looking at the comments section attributed to social media posts. Doing this helped her maintain her sanity, according to the blogger.

It is not known as to whether Aaliyah Jay’ ex-boyfriends are still in touch with her or not.

On October 15, 2015, Jay declared that Chief Keef, the Chicago-based emcee, propositioned her, “Chief Keef was trying to fly me out to Chicago to have sex with me and I was like, ‘skkkkrrrt!’ No, he didn’t say sex but what else would he want from me?”

On November 6, 2015, she professed her undying love for a guy named Vincent on her official Twitter account saying, “I love Vincent and always will ???? we can’t stay away from each other… F*** all that petty stuff. [sic]”

I love Vincent and always will ? we can't stay away from each other… Fuck all that petty stuff

In a YouTube video, Jay is seen talking about weight loss. The audio quality is not that great, so her words are not clear. However, the video is titled, AALIYAH JAY SPEAKS ON HOW HER BREAK UP CAUSED HER TO LOSE 20 LBS.

Check it out for yourself below: