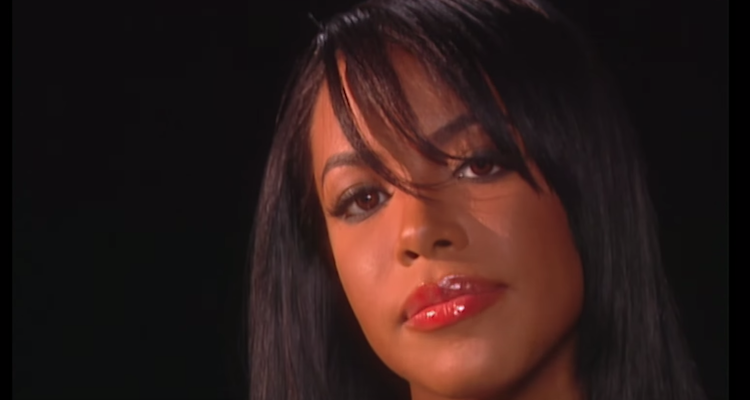 If Aaliyah did not board that plane on August 25, 2001, there’s a very good chance that she would have turned 39 years old today. While her career was relatively short, she left a huge mark for others to follow in her footsteps, as well as leaving lingering questions about what might have been. In honor of Aaliyah’s birthday, we are taking a look at the life and achievements of this R&B singer who touched so many.

Aaliyah Dana Haughton was born on January 16, 1979, in Brooklyn, New York but moved to Detroit when she was approximately five years old. Right from the start of her young life, she was a singer. Aaliyah’s mother enrolled her in vocal lessons at a very young age. Soon after the lessons began, she started to sing at weddings and other small events. At the age of 10, Aaliyah appeared on the television show Star Search. When she was 11, she performed alongside the legendary Gladys Knight. At 12, her uncle, Barry Hankerson signed Aaliyah to his label, Blackground Records, which just signed a distribution deal with Jive Records. Aaliyah was to be their crown jewel.

Age Ain’t Nothing but a Number

After she was signed, Hankerson introduced Aaliyah to a man that would change her life in a number of ways; singer, songwriter, producer R. Kelly. He wrote and produced all but one of the songs on Aaliyah’s first album, Age Ain’t Nothing but a Number. This combination of Kelly’s songwriting prowess and Aaliyah’s vocals created what is now regarded as a classic R&B album of the ’90s. It became a huge hit and sold 74,000 copies its first week of release. But along with a classic album came rumors and a story that, in retrospect, looks really scary.

Shortly after the release of Age Ain’t Nothing but a Number, rumors began to circulate that Aaliyah and R. Kelly were in a relationship. Given that Aaliyah was 15 at the time and Kelly was 27, the rumor was shocking. While Aaliyah denied it at the time, and continued to for years afterward, a marriage certificate was eventually found showing that the two actually got married on August 31, 1994. Aaliyah’s age was listed as 18 on the certificate. The marriage itself was announced the following February, as Aaliyah’s parents never consented to it and the singer was a minor. The fallout from the annulment was swift, and Aaliyah cut all professional ties with R. Kelly.

One may wonder with that type of scandal, or just the pure fact that he wrote all of her hits, is if affected Aaliyah’s career, which actually flourished despite the troubles. She released two more very successful albums: One in a Million, and Aaliyah.

The success of her music opened up doors to the world of acting. Her first major role was against action movie master Jet Li in Romeo Must Die, which became a solid hit. She finished her role in the film Queen of the Damned and already started work on a part in the first of two Matrix sequels when tragedy struck.

An Overloaded Plane and a Fallen Star

On August 25, 2001, Aaliyah and members of her crew boarded a plane in the Bahamas. The flight was to be a relatively short one to Florida. The plane barely left the runway when it crashed into the ground. It exploded and no one survived. Aaliyah was gone.

Aaliyah’s death was tragic, but she still lives on through her work. Her three albums are still regarded highly in the R&B and hip-hop communities. You can’t look up the music of the ’90s without seeing Aaliyah’s photos. It is through these things that her memory will live on.