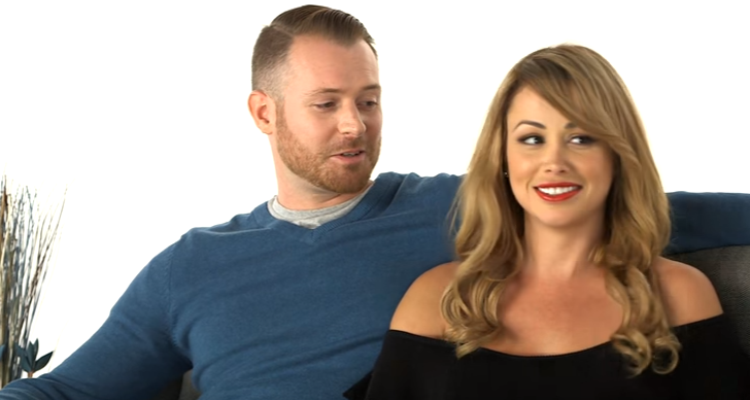 A guilty pleasure of many, 90 Day Fiancé has captured the attention of viewers around the globe. This reality TV show follows long-distance fiancés on their journey of immigrating to the U.S. and having only 90 days to tie the knot once they arrive. Like any good reality show, there is no shortage of drama in this series. From the culture shock that the foreign fiancés experience to the resistance that couples often meet from friends and family members, there’s always something to look forward to when a new episode airs. One of the couples that experienced some familial tension was Paola from 90 Day Fiancé, and her soon-to-be husband, Russ. The Colombian beauty met the Oklahoma native while he was on a business trip, and eventually came to the U.S. to be with him. When she moved in with him and his parents, the cultural differences between them became all too obvious. Looking for a 90 Day Fiancé update on Paola and Russ to find out where they are now? We’ve got all the details for you, right here!

When Paola arrived in the United States, she moved in with Russ and his parents for a while, until they could afford their own apartment. A racy Colombian beauty, she was accustomed to baring more skin than the Oklahoma family was used to. Russ obviously didn’t mind his fiancé flaunting her body—in fact, it was one of the things that attracted him to her in the first place—but mentioned to her that she should probably try to cover up around his parents, since they were a little more conservative. Paola didn’t quite agree with Russ’ comment, and felt that she should be able to dress how she felt comfortable. This was the first little scuffle the audience saw between Russ and Paola, but no one knew it would foreshadow some of the more significant fights they’d have later down the line.

Also Read: Mohamed from “90 Day Fiancé:” Wiki & Everything You Need to Know

Workin’ on Her Fitness

Paola from 90 Day Fiancé’s Instagram feed is filled with risqué photos—many of her scantily clad, and showing off her incredible body. We can’t blame her for wanting to show the world what she’s worked so hard for, and now she’s got a following of over 60k! Paola Mayfield, age 30, is a fitness enthusiast and has the body to prove it! Just check out this video updating her followers on her progress:

Also Read: Jorge from “90 Day Fiancé:” Wiki & Everything You Need to Know

With a physique like that, it should come as no surprise that Paola from 90 Day Fiance’s modelling and acting career has taken off. When living in Oklahoma, she was able to book quite a few photoshoots and small parts in movies and TV commercials and movies. She expressed her interest in moving to Miami to pursue her career on the show, which also caused some tension between the couple. Russ was uncomfortable with his wife doing scandalous photoshoots, but Paola was determined to take advantage of the opportunities she’d been offered. We’re guessing Paola won this fight, since her modelling website states that she’s currently based in Miami.

Some of the best moments in life are the ones you can’t tell anyone about. PH: @ohrangutang MUA: @cristinapilo

What’s in a Name?

There was also some controversy surrounding Paola from 90 Day Fiancé’s last name, which was brought up during a reunion show for the reality series. When she and Russ first tied the knot she took his surname, Mayfield. However, it turns out that she later decided to switch back to her maiden name, and made it clear that her decision was driven by the fact that she didn’t feel like a part of his family. Although Russ was supportive of his wife’s choice, she attracted a lot of negative feedback from viewers.

Also Read: Luisa from “90 Day Fiancé:” Wiki & Everything You Need to Know

Russ is still married to wife Paola from 90 Fiancé in 2017, and we have hope that these lovebirds will be able to make it through—they are certainly one of the more favourable couples on the show, and it’s clear that they have real love for each other. Do you have a favorite couple from the 90 Day Fiancé series? Leave us a comment below and let us know!