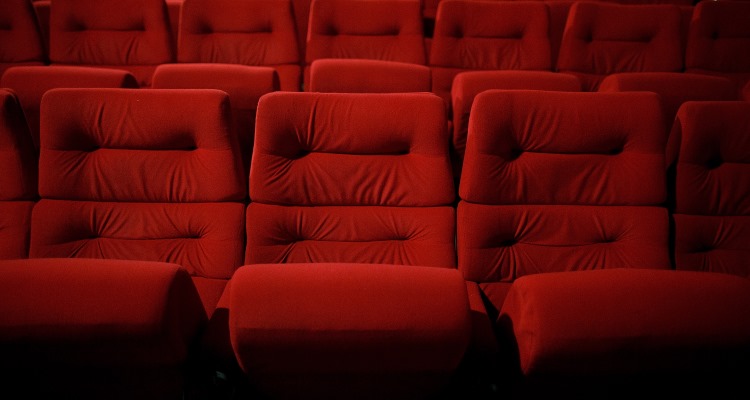 While many entertainment fans are already gobbling up new TV series and Netflix releases, there is some speculation as to how the film landscape of 2017 will shape up. The answer seems to be that there are some key films to look out for, covering a multitude of genres and featuring some of the industry’s best talents. Here are 9 new movies that are due for release in 2017, plus some more to keep an eye out for in the coming year.

You might have heard it: “Bah! We’ve got great new series to watch and a Netflix account full of great shows. There will be nothing in the movie theaters except more superheroes, Star Wars sequels, and animations. So, forget it!” Well, you might be surprised. Despite many people’s cynicism about the recent films hitting theatres, the list of interesting new movies being released in 2017 is looking pretty exciting. While it’s hard to predict what the best movies in 2017 will be, there’s enough inside information available to whet visual media appetites and make it hard to choose the top movies coming out in 2017.

Movie release times might vary from place to place, but in terms of titles, we’ve got some of the noted new releases in 2017 for you. Admittedly, some are sequels, but there are some surprises, as well. Here are our chosen nine:

Missing that deadly long-headed queen and her band of human-hunting xenomorphs? Who doesn’t? Sure, it might look like just another sequel to Ridley Scott’s still-chilling 1979 science fiction-horror classic, but Scott is picking up where his 2012 Prometheus left off. This includes the return of actor, Michael Fassbender as the “synthetic” humanoid, plus cinematographic ace, Dariusz Wolski and actors Katherine Waterston, Billy Crudup, and Danny McBride. Alien: Covenant is set to kick off the summer blockbuster season with its May 2017 release.

Don’t laugh. Well, actually you can, but not for reasons you might be thinking. Like The Fugitive and Miami Vice, this popular 1990s series is getting the big screen treatment from Horrible Bosses director, Seth Gordon. It stars Zac Efron, Dwayne Johnson, and Alexandra Daddario, with original series cast cameos by David Hasselhoff and Pamela Anderson. Baywatch is scheduled for release in May 2017. With Johnson and Gordon involved, many laughs are expected.

Many critics, such as British film critic, Mark Kermode are praying for the follow-up to 1982’s science fiction cult classic, Blade Runner to be amazing. Fans of the first film are frothing at the mouth, as well. After so long and so much speculation, Blade Runner 2049 is seen as the continuation of a film that actually needs a continuation (and not just drawing out a popular concept to keep bringing the cash in). So far, the press looks good: the film stars Canadian darling, Ryan Gosling and features Harrison Ford returning as replicant hunter, Rick Deckard. The film will also see Quebecois director, Denis Villeneuve behind the camera as he is coming off his 2016 hit, Arrival. Fingers crossed!

This is one of the most anticipated films of 2017. Writer-director, Christopher Nolan has already shown his talent for the visual narrative medium in so many hit movies, from Memento to The Dark Knight films to Inception. Now, he’s been given this monster-budget, World War II film, featuring an all-star cast of Mark Rylance, Fionn Whitehead, and Tom Hardy. It’s set to be released in July 2017 and, typical of other Nolan grand-scale visual spectacles, it will be featured in IMAX format!

Did you love the 2014 neo-noir thriller starring Keanu Reeves? You’re in luck: he’s back! While it is a sequel, many people are looking forward to seeing Reeves battle a guild of professional killers in Rome. The film is due out in February, and costars John Leguizamo, Ian McShane, Ruby Rose, and international stars, Peter Stormare and Franco Nero.

Despite what some film snobs might say, there’s nothing wrong with wanting a little more Marvel superhero action in 2017! If that applies to you, you’ll be happy to hear that Hugh Jackman will return as the tough-as-nails rogue mutant, Wolverine. This time, he’s defending both Professor Charles Xavier, played by Patrick Stewart, and the mysterious young girl Laura, played by Dafne Keen. The added touch is the return of Cop Land and Walk the Line directing ace, James Mangold. It’s his first time back behind the camera for the franchise since his direction of 2013’s, The Wolverine.

7. Murder on the Orient Express

If this sounds familiar, that’s because it is. Well, in a strange way. The late, great director Sidney Lumet adapted Agatha Christie’s classic mystery novel, featuring sleuth Hercule Poirot in the 1974 film starring Albert Finney. Now, British actor-director Kenneth Branagh of Henry V and Thor is taking over, casting himself as Poirot. The film will also feature Judi Dench, Johnny Depp, and Derek Jacobi among the cast. The film is due for release in the late fall 2017.

This one is due for release soon and, for fans of The Sixth Sense and Unbreakable director M. Night Shyamalan, that’s a very good thing. This one stars Scottish actor, James MacAvoy as a man who can morph his body, thanks to his mysterious split personality trait. Part thriller, part horror, this film is hitting screens in the last half of January.

It’s hard to believe that those Edinburgh street urchins, Renton, Sick Boy, Begbie, Spud, and Diane are back, but they are! And so is the whole creative team behind 1996’s Trainspotting, a surprise cult hit and influential tragi-comedic look at the lives of drug addicts, based on the novel by Irvine Welsh. Director Danny Boyle, screenwriter John Hodge, and Welsh are all part of the follow-up to this highly-anticipated film. While many are skeptical of lightning striking twice, insiders on the film’s production are noting even their surprise at the movie’s overall quality. It’s opening in February 2017 and, again, here’s hoping!

Obviously there are more to mention, but for fans, other announced 2017 new movies of interest include: