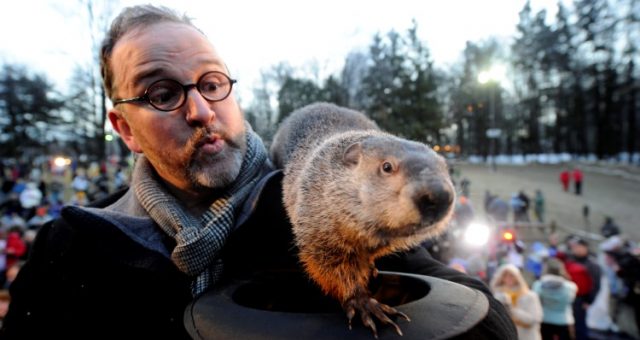 Have you met Phil? You probably haven’t had the pleasure of meeting him but there’s a good chance you’ve heard of his work: he’s Groundhog Day’s legendary groundhog and he gets the final word on whether or not more winter is coming! And since today is Groundhog Day, the internet is no doubt full of groundhog memes and likely some hilarious Punsxutawney Phil memes, as well.

And it doesn’t just stop there, because the Internet will also be giving some of the best Bill Murray Groundhog Day memes that will have you rolling on the floor! Groundhog Day movie memes are trending right now, and just in time for this special day! Very few people enjoy winter and it’s up to Phil to give us the good news about early Spring, or the bad news about an extended winter. So, what did Phil say? No, Phil can’t really speak (he’s a groundhog!) but his shadow says a lot, and that is what his answer is based on. The answer? Punsxutawney Phil saw his shadow! So, we hope you weren’t planning on wearing short shorts to work anytime soon, because we have some bad news: we’re in for six more weeks of winter! Don’t shoot the messenger, but it’s true.

Our northern friends up in Canada have their own groundhog named Wiarton Willie, but he predicted an early spring. Can you believe it? This prediction might apply to the states that are on the border of Canada, so there may be a silver lining there. But officially, the United States is in for more of the 50 shades of gray weather that winter has been dishing out all season.

But all hope isn’t lost yet and instead of hunting the innocent groundhog that ruined your life, you should have a laugh with our funny Groundhog Day memes! Check out the best ones right here!

This meme best describes how we all feel right now. No one wants more winter, whether it comes as snow, rain, or more wind. No matter what part of the country you’re from, winter is the Devil! Everyone feels drained, they can’t sleep, and they worry about the oncoming cold—not to mention lining up anywhere outside feels like a death sentence! For these reasons and many others, not many people enjoy the chill of winter and we wouldn’t want to get in the way of anyone wanting a second opinion.

No one does a meme better than the HBO hit series, Game of Thrones. They always know just what people are thinking and feeling and in this case, they couldn’t be more right! Today is Groundhog Day after all, and that means Groundhog Day memes for everyone! So, don’t be surprised when you’re news feed gets flooded with Groundhogs, just let it happen and enjoy it.

Not Everyone Needs Groundhog Day

What if we told you, not everyone needs a groundhog to tell them if they were getting more winter or not? It’s geographically unfair but it’s true—heated places like Florida don’t need a rodent to tell them if them when they can finally put on shorts! It may look foolish to observers who see large groups of people waiting for an animal to act as a meteorologist, but it’s how things were done and it’s tradition. Our advice: if Spring won’t come to you, then you should go to Spring. So, book a flight and head down to Florida!

On Groundhog Day, There’s No Going Back

“It’s Groundhog Day” *Sunny Bono playing in the distance* . I’m currently in #Punxsutawney , PA where it’s celebrated. The fireworks woke me up. . FUN FACT: Groundhog Day came from the ancient occult holiday Imbolg where a human sacrifice was required to bring about Spring time. Americans adopted this to a groundhog instead (which is rumored to be eaten/”sacrificed” after each celebration). ~Alex . . . Tags~ [#meme#groundhogday#punxsy#punxsutawneyphil#holiday#animals#awaken#wakeup#political#herbal#holistic#goodvibes#libertarian#anarchy#ig#igers#peace#love#stopwar#politics#music#spiritual#namaste#indigochild#newinsta#instagood#vegan#veganism#curforall] . Be sure to follow us on Tumblr & Facebook too!

Once Phil sees his shadow, there’s no going back, which means everyone has to take the bad news that follows. Maybe we could hire Wiarton Willie for next year?

There are a lot of people who aren’t pleased with Phil’s prediction, and in this meme Donald Trump fires back the best way he knows how! Phil, you’ve been a great groundhog, but based on your prediction of winter being extended, you’re fired. Many have been bitter about Phil’s answer, calling his prediction into question. I guess we’ll have to wait and see!

A Welcome Addition to the Cabinet?

With all the new additions to Trump’s presidential team, we think Punsxutawney Phil would make a great secretary of climate.

Many don’t really know about the full details about Groundhog Day, one of the country’s more random holidays. We will spare you the history lesson, but since Phil saw his shadow this year, we are apparently in for six more weeks of winter! Ugh!

How can we even think of having  Groundhog Day memes with out Bill Murray’s hit movie, Groundhog Day? This meme, doesn’t speak for all Americans, but the meme does have a point. Climate change has been proven how many times over, yet many people refuse to believe it. Yet, on this day, we take the word of a rodent whose shadow we rely on to foresee weather changes. Many have debates the validity of both, but it’s an age-old battle that we just can’t explain. But feel free to spread the laughter and let’s hope winter is over soon! 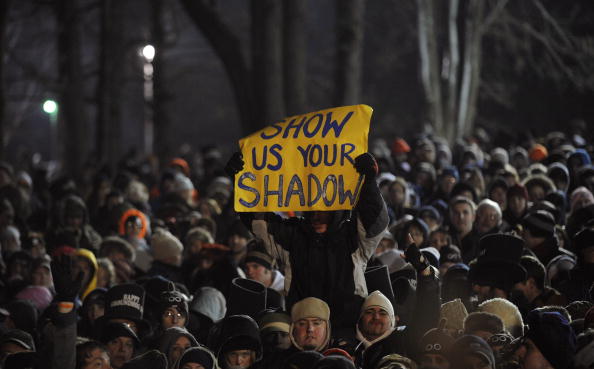