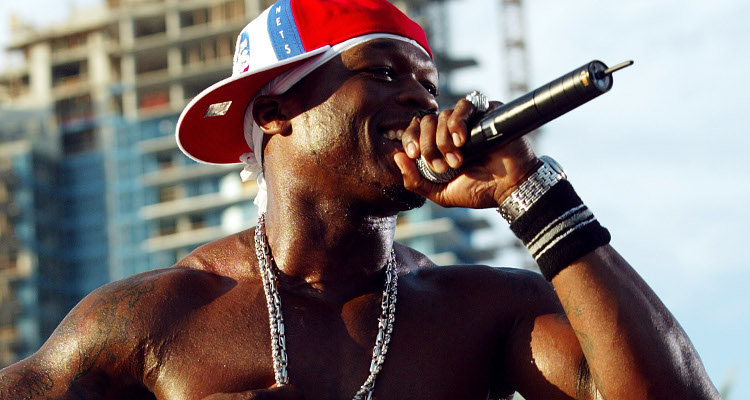 50 Cent has had a few problems in the past year, but he’s still looking good. Case in point: his latest Instagram pic straight from what looks to be an intense workout session!

50 Cent is gearing up to join some of his fellow hip-hop bigwigs on tour around the country. Grammy Award winner Chris Brown is setting off on The Party tour, following the release of his new dance anthem, “Party.” Joining C-Breezy on tour is none other than 50 Cent, French Montana, Kap G, OT Genesis, and Fabolous. It looks like 50 Cent is ready to awe fans with more than just his rhymes. Check it out in 50 Cent’s shirtless Instagram pic.

Curtis Jackson seems to have jumped on the workout selfie bandwagon! 50 Cent uploaded a picture to Instagram on Tuesday (February 21) in what appears to be a gym’s locker room. The post shows off his tatted up torso, washboard abs, and yes, those pecs!

His caption is just the cherry on the cake saying, “I know, I know, I’m getting old but we are all getting older, and I’m not falling off. #effenvodka.” Jackson is one of the many stars that look even better in their 40s (side-eyeing Jennifer Aniston). At 41, we wouldn’t say 50 Cent is old, but he looks just as good as when he debuted two decades ago! 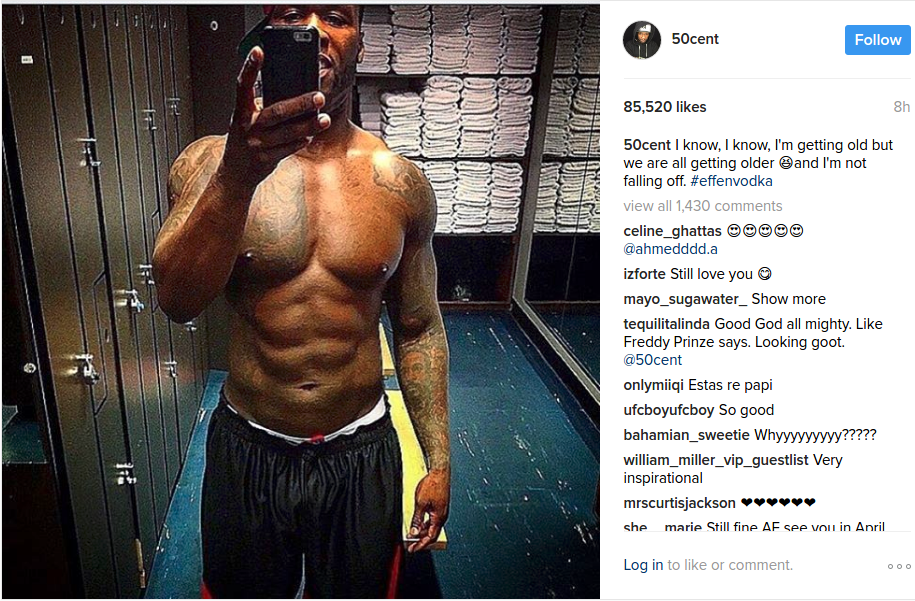 So, what is 50 Cent’s secret? The rapper included the hashtag #effenvodka in his caption. Is that the secret behind his muscles? We hardly think so. He mentions that hashtag in all of his posts following a partnership deal he signed with the Holland-based Vodka brand a year ago. 50 Cent’s smokin’ hot body is the result of hours spent working out in the gym and fans can’t get enough!

“Ahh…you still got it!! Always” commented one of his 13.5 million Instagram followers, echoed by many others. Some fans, though, are more curious about the celebrity boxing match between Chris Brown and Soulja Boy…if it’s even still happening.

The two artists got into a bitter feud over the past few months prompting 50 Cent to suggest they take it to the boxing ring. While Brown and Soulja began preparing for the fight, 50 Cent began waging odds, and apparently Brown pulled out of the match. Curious fans are hoping the rapper knows more about it.

Meanwhile, the “P.I.M.P” rapper is ready to hit the road with Chris Brown on The Party Tour, which kicks off on March 31 in Baltimore, Maryland. 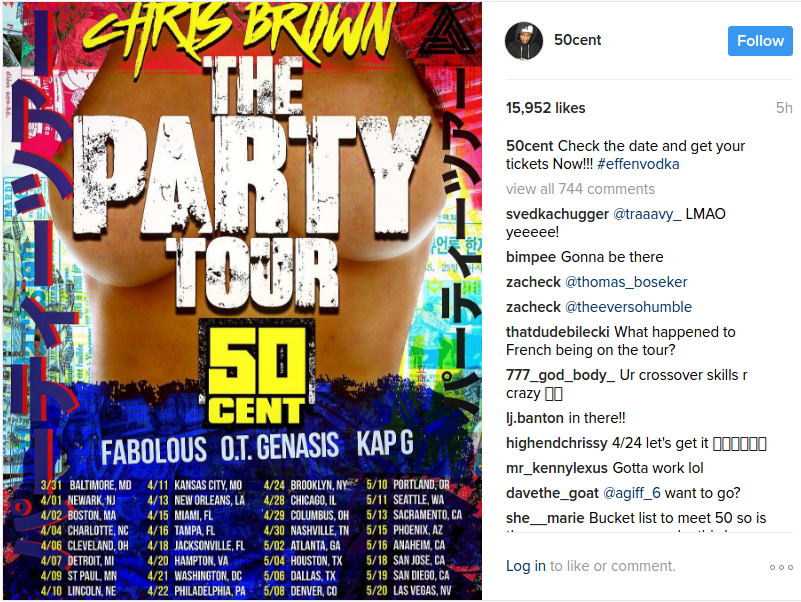