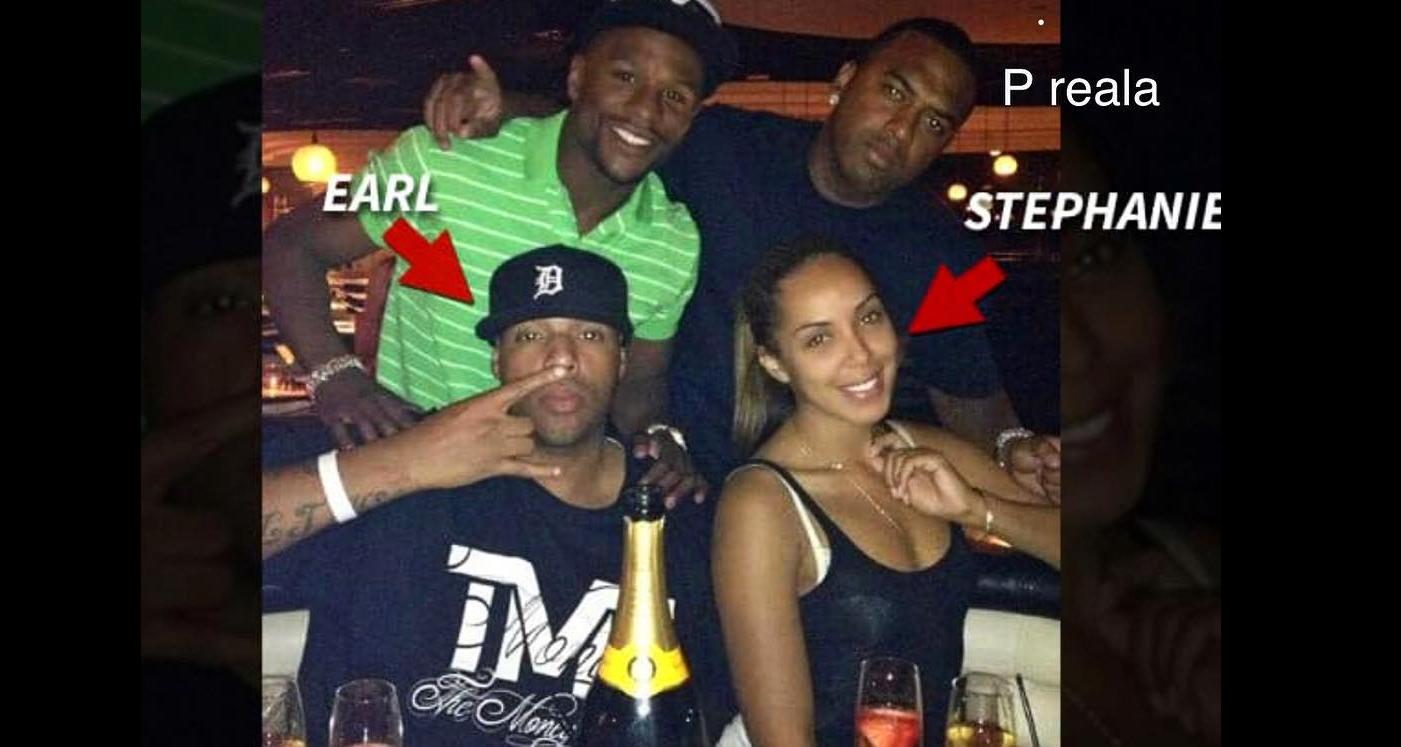 Floyd Mayweather and 50 Cent’s beef continues! The rapper recently took to Instagram and has now alleged that Mayweather was the reason Earl Hayes killed his wife, Stephanie Moseley, and then himself. Given below are the details of the post.

Rapper 50 Cent and Floyd Mayweather are back at it, slamming each other with accusations. Recently, 50 Cent made a shocking revelation on his Instagram. He posted a photo of P-Reala, Floyd Mayweather, Stephanie Moseley, and Earl Hayes.

Floyd, you are the champ but you a sucker at heart. You want it all. I know, I watched you do some foul shit to Reala and he is your best friend. When he broke up with his girl Jessica, you kept her around, got her an apartment, bought her a car because you wanted to fuck her. Reala ain’t sweat it. He was keeping it, playa. Haze just wasn’t built like that. Tell everybody why you was on FaceTime when he killed Stephanie and himself. Because he was confronting you about fucking his wife. You was pumping all that Trey Songz shit, get the fuck outta here. You didn’t give a fuck you just went to watch the ball game. ?get the strap #lecheminduroi

In the caption, 50 Cent alleges that it was, in fact, Floyd Mayweather who triggered the murder-suicide of Earl Hayes and Stephanie Moseley in 2014. He continues to call Mayweather “Champ.” some kind of sarcastic nickname he has been using for him lately.

The rapper also alleged that when P-Reala broke up with his girlfriend Jessica, Mayweather kept in touch with her. He claims that Mayweather bought Jessica an apartment and a car because he wanted to sleep with her.

The two continue to post jabs at each other online, but the accusations 50 made about the Hayes murder-suicide have fans in a frenzy!

He beat 50 men, 11 women and caused 2 body’s keep calling me and I’m gonna show champ. ?get the strap

It started when 50 Cent posted a photo of Mayweather, Hayes, and Moseley together. In the caption, he wrote that Mayweather beat 50 men and 11 women, making more accusations of Mayweather’s alleged domestic abuse accounts.

But the most shocking accusation is of Hayes’ murder-suicide and how 50 believes it may have been Mayweather’s doing. Back in 2014, Hayes shot his wife and then himself. He was reportedly furious over Moseley’s alleged affair, who he believed was with singer Trey Songz.

While 50 Cent alleges that Mayweather had something going on with Moseley, nobody knows for sure what the real story is. But his Insta-accusations are certainly shocking the public as their ongoing online feud continues to heat up.

50 Cent claims Floyd Mayweather was on FaceTime with Earl Hayes to try to persuade him to leave Stephanie Moseley, and was confronting him about it being him who was sleeping with his wife!

In the post, 50 claims it was Mayweather who fed Hayes the lies about it being Trey Songz who was sleeping with her. Could this really have been what led to the murder-suicide? It’s a pretty bold accusation and one that fans are still in shock from!

These two are spilling all the tea as they continue to take public shots at one another. So, keep your eye on their online activity, we don’t think this fiery feud is over just yet!