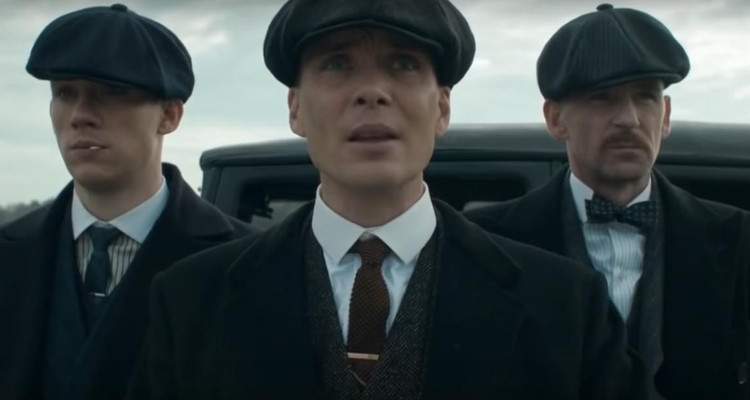 Netflix and Amazon Prime have replaced some of our good old shows. But there are plenty of other TV shows in 2018 to watch. Series like Game of Thrones and The Big Bang Theory are quite popular, but you may be missing out on some hidden gems. Check out our list of the most underrated TV shows in 2018 that you need to watch!

We all watched Game of Thrones, Orange Is the New Black, House of Cards, Suits, and Scandal. But there are several other shows that are definitely worth a watch!

If you are bored of watching the same old shows and want to binge something new, then keep reading.

Here’s a look at our list of some of the most underrated TV shows.

If you are a sucker for British history action crime, then Peaky Blinders is the right show for you. Set in the 1920’s in Birmingham, England after World War I, and is based on criminal gangs.

"Like a goat tied up for the f***ing tiger." #PeakyBlinders @BBCTwo ? @robertviglasky

Tom Kapinos is the mastermind behind the fantasy police procedural drama. The show centers around the Devil, Lucifer Morningstar, who is unhappy in Hell. Who knew torturing people could get boring?

Be careful, Mr. Morningstar. Stream the latest episode of #Lucifer by clicking the link in our bio. ?

To make things more interesting, Lucifer moves to Los Angeles and finds himself as a consultant with the Los Angeles Police Department while simultaneously running his nightclub, Lux. The Devil knows how to have fun!

Lucifer is in its third season. So, you have a lot of episodes to catch up on.

Here is another historical drama series to add to your watch list! The show focuses on Ragnar Lothbrok who earns fame due to successful raids in England. Eventually, he ends up becoming a Scandinavian King with the help of his family and warriors.

The show’s sixth season is currently in production, so there is plenty of time to catch up before the premiere!

Who said you need to stop believing in all things magic? The Magicians is fantasy TV series based on the novel of the same name.

Bambi One Eye is not here to play around ? #TheMagicians

Quentin Coldwater attends Brakebills University to become a magician. However, he soon realizes that the magical world from the books he loved as a child is not only real, but also dangerous.

Watch The Magicians and follow Quentin as he embarks on his magical journey.

If you want to watch something light-hearted and drama-filled, then You’re the Worst is the perfect show for you.

You’re the Worst centers around the life of a self-involved writer, Jimmy, and Los Angeles PR executive, Gretchen, who are trying to get into a relationship. It also focuses on the lives of their friends, Edgar and Lindsay.

The show premiered in 2014 and the fifth and final season will air in 2018. So make sure catch up on any You’re the Worst episodes you may have missed!

You know what they say: What happens at the Romance & Erotica Book Expo… #YouretheWorst