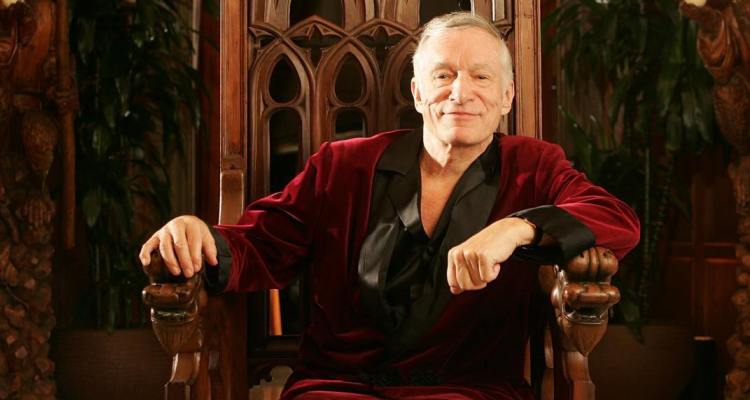 This past weekend, the legendary Hugh Hefner’s birthday came around once again as he turned 90 years old. And while the famous publication he founded, Playboy magazine, may have been recently toned down—it no longer features full-frontal nudity as of last month—the king of the Playboy Mansion continues to act like he’s not a day over 25. But aside from his famed magazine, lavish residence, and series of relationships with blondes, how much do you know about the man? Here are five tidbits you may not have known about Hugh Hefner.

Before the famous magazine, Hefner worked as a copywriter for the more traditional (and arguably respected) Esquire magazine but quit in early 1952 after being denied a $5.00 raise (keep in mind that that was likely a lot of money back then). The next year, in order to launch Playboy, Hefner essentially made himself go broke, having acquired a $600.00 loan, mortgaging his furniture and obtaining $8,000 from investors, one of which was his mother, who gave him $1,000.

While people are no longer taken seriously when they say they “only read Playboy for the articles,”—before March 2016, anyway—Hugh Hefner actually did have plans for the magazine to focus on writing in its younger years. In order to make the publication appear as a credible source for fiction writing, Hefner hired some major literary juggernauts, including John Updike, John Steinbeck, and Michael Crichton.

The inspiration to use a bunny rabbit as the Playboy symbol and mascot, as well as the namesake for some of the women, may have come from when “Hef” was at an age when he was far off from caring about his future magazine’s content. When he was a young child, Hefner had a beloved blanket that he treasured greatly. Aside from its blue-and-white coloring, it was also notable for featuring a pattern of bunnies on it. While the Playboy mascot was created by art director Art Paul and Hef says there’s a deeper reason to why a bunny, we’d like to think he just never forgot that blanket.

Despite his somewhat frivolous lifestyle and the number of beauties seen around the Playboy Mansion, only three women have been able to call themselves Hugh Hefner’s wife: Mildred Williams (1949–1959), Kimberley Conrad (1989–2009), and Crystal Harris (2012–present). The latter two are notably younger than he is—Conrad by 40 years and Harris by 60. He has four kids with these women, two with Conrad and two with Williams.

Given his age and how long he’s been in the publication business, it’d be no surprise if Hugh Hefner held some sort of world record. And, sure enough, he actually has two. One is for the longest career as an editor-in-chief for the same magazine, with the man having been at the helm of Playboy for 59 years now. The other record is only barely related to the magazine, if at all, as Hefner also has the largest collection of personal scrapbooks with over 2,600. He even has a room and full-time employee dedicated to this hobby.