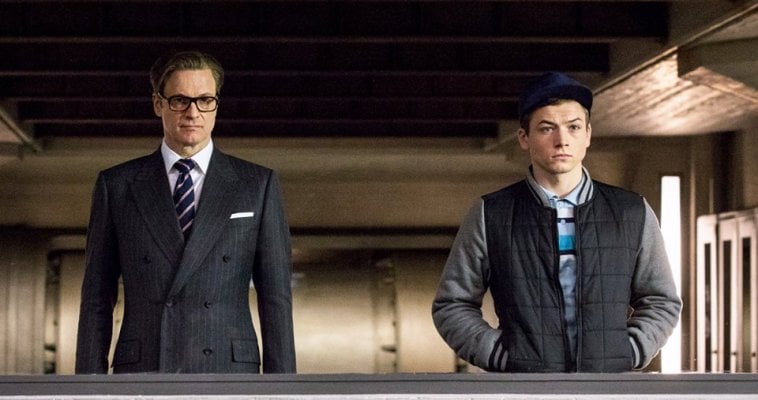 Fans of last year’s film Kingsman: The Secret Service can rejoice; the sequel is on its way! After the first film’s positive critical and financial response, a follow-up movie got the green light, with production beginning soon so that it can meet its planned release date! Despite the fact that filming hasn’t even begun yet, a whole bunch of info about the upcoming film has already been made available to fans.

If for some reason you haven’t seen the first movie—and really, why not?—here’s the abridged version: based loosely on a comic book, Kingsman tells the story of a secret British spy organization that is faced with a new threat to the safety and security of the world. This threat just happens to line up with the agency’s recruitment drive and training program with the young new recruits playing a major role in saving the day.

Here are just some of the things to know about the upcoming Kingsman sequel.

The film’s title will be Kingsman: The Golden Circle, though there are no details on what the “Golden Circle” is, which makes sense—that’s just a bit too spoiler-y. The movie is scheduled for release on June 17, 2017, though that is, of course, subject to change. Principal photography is set to begin this April.

Kingsman: The Golden Circle will see the return of Gary “Eggsy” Unwin and Merlin, once again played by Taron Egerton and Mark Strong respectively, as the pair head to the U.S. to work for the Statesmen, a spy group and Kingsman’s American equivalent. As for the British agency from the first film, it will have been destroyed during or before this new movie by the new lead villain, Poppy. Award-winning actress Julianne Moore will be playing the role of this new Big Bad.

Despite its being unlikely (for reasons that are very much spoilers), director Matthew Vaughn has said the return of Colin Firth’s character, Harry, is possible, if only to make fans happy. According to Den of Geek, Vaughn claimed to be brainstorming ideas for how to do it, including the tried-and-true method of an “evil twin brother.”

At least one antagonist from the first film will be back in some capacity. Deadline.com reported that Edward Holcroft, who played Eggsy’s fellow Kingsman candidate and arch-rival Charlie Hesketh, was listed as a returning member of the cast. In addition to Julianne Moore, another new cast member is slated for the film: Halle Berry will play the Head of the CIA.

A fan-favorite scene saw an incident in a church lead to a violent action sequence and a very high body count. When asked about a new version or otherwise similar scene, Vaughn said that while he knows people want another “church sequence,” he can’t see any reason to do something similar. He did say, however, that Kingsman: The Golden Circle will feature a fight in a bar, robot dogs, and one of the villains being, quote, “a massive f****** frankfurter.” As for the other well-known scene involving things going in through the out door, no word on if there will be anything similar to that, though, given the controversy, it’s unlikely.