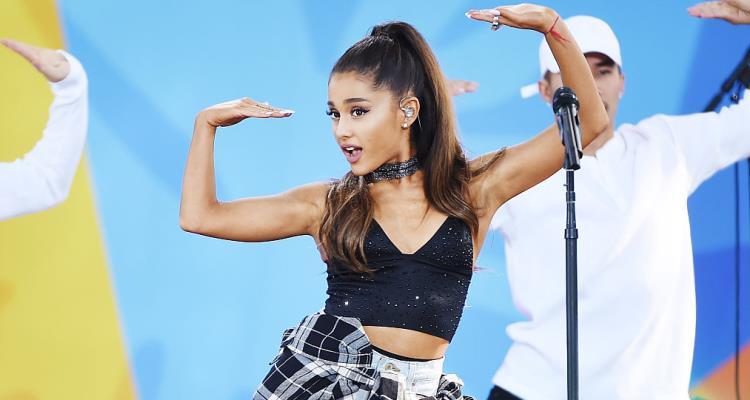 Pop diva Ariana Grande is now dating Ricky Alvarez, a backup dancer she met on her recent tours. After getting out of her relationship with rapper Big Sean, Ariana has moved on with a new guy who apparently makes her heart melt.

The “Problem” hit-maker has reportedly been dating Ricky Alvarez since June 2015 and the couple has shown a whole lot of affection to prove how much they’re into each other. Ariana keeps posting their intimate moments on Instagram, making her fans gush over how adorable they look together. In light of this new romance, here’s a quick rundown of the dating life of Ariana Grande and Ricky Alvarez and how the ship’s been sailing so far.

First things first, Ricky Alvarez is not from Hollywood and is not a musical artist like the men Ariana Grande usually dates. And do not confuse him with the Argentine soccer player of the same name. This Ricky Alvarez is a 22-year-old backup dancer who’s been performing alongside Ariana since last year. He is rumored to be from California and has been touring with the pop singer for almost a year.

They Been Dating for Almost Year Now

Ariana Grande is rumored to have met Ricky as a dancer of her tour crew and they have been speculated to be dating since June last year. However, it was sometime earlier in January this year that Ariana gave us a hint of her mystery guy. It’s been almost a year now and Grande has been showing great signs of her new relationship lasting much longer than some of her former ones.

At the end of last year, Ariana broke the news by kissing a backup dancer while performing one of her hits. It turns out it was Ricky whom she kissed. Ariana shared a quick peck on his lips and smoothly went back to her performance, hinting it to be a part of their rehearsal. Well, that surely doesn’t feel like it was a rehearsal now that we know the truth; Ariana’s improvised kiss for Ricky was quite a spark to tease fans about her new man.

This is officially the first sign of Ricky and Ariana being an item. A clip of Ariana at Wolfee Donuts went viral last year. The surveillance camera caught Ariana licking donuts kept on the counter when the shopkeeper looked away. While this started a whole controversy for the singer, her playful kiss to a mystery guy (Ricky) in the clip did not go unnoticed. Tabloids went crazy to seek info on this guy and eventually found out that it was Ricky, her backup dancer.

Getting Cozy at an SNL Party

This is the most recent fact of all and is definitely the most definite one. On March 12, Ariana hosted Saturday Night Live (SNL), promoting her new upcoming album, Dangerous Woman. After wrapping up the show, paparazzi caught Ariana making out with Ricky at the SNL wrap party. And with this, it seems that Ariana Grande has officially gone public with her new relationship with Ricky Alvarez!