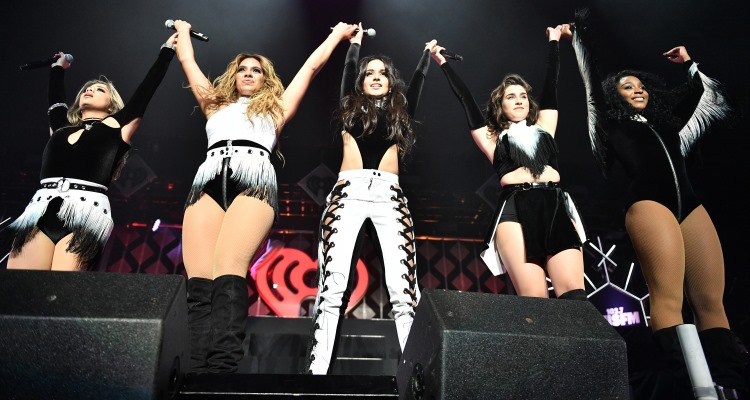 The sensational girl group behind the hot song “Work From Home,” announced Sunday on Instagram that Camila Cabello is leaving Fifth Harmony. Fans were caught off guard and saddened to hear the disappointing Fifth Harmony news, but some tried to be optimistic, wishing Cabello the best on her future endeavors in the music industry. To remember her raw talent and show support for the remaining members, check out these top five songs!

Although the Fifth Harmony lead singer is departing from the group, the remaining members informed fans that they would continue making music together. The girls took to Instagram to explain Cabello’s departure to their fans. “After 4 and a half years of being together, we have been informed via her representatives that Camila has decided to leave Fifth Harmony. We wish her well,” the post said. “We are excited for our future, and we can’t wait for what the new year brings. Harmonizers, we are in this together. We love you with all of our hearts.” To celebrate the incredible success of the adorable 19-year-old Cuban singer, and the fact that Fifth Harmony is moving forward, we’re sharing the top five best Fifth Harmony songs!

Cabello debuted into the entertainment world in 2012, when she competed on The X Factor USA. She originally auditioned as a soloist but was grouped with Ally Brooke, Dinah Jane, Lauren Jauregui and Normani Kordei, to create Fifth Harmony. Within a year, they signed with Sysco Music and Epic Records, and released one EP and two studio albums. During her time in Fifth Harmony, Cabello worked on a few duets. Cabello and Canadian singer, Shawn Mendes released “I Know What You Did Last Summer” in November, and in October 2016, Cabello and American rapper, Machine Gun Kelly released “Bad Things.” “Bad Things” has peaked at number 10 on the US Billboard Hot 100 so far!

From their 7/27 album, Fifth Harmony released “All In My Head (Flex)” with recording artist, Fetty Wap. It made the No. 24 spot on the Billboard Hot 100 and won the Song of Summer category at the 2016 MTV Video Music Awards. Additionally, the song was received very well when they performed it on the Dancing with the Stars season 22 finale.

The girl group’s “Sledgehammer” was written by Meghan Trainor, Jonas Jeberg and Sean Douglas, and was released October 28, 2014 as the second single from their debut album Reflection. The song hit the No. 40 spot on the Billboard Hot 100 and was certified platinum by the Recording Industry Association of America.

Released September 27, 2016, “That’s My Girl” is the third and final single from Fifth Harmony’s second studio album, 7/27 and was written by singer/songwriter, Tinashe Kachingwe, Alexander Kronlund and Lukas Loules. The music video features scenes from the web series, DC Super Hero Girls and the DC Super Hero Girls: Hero of the Year movie. Check it out below!