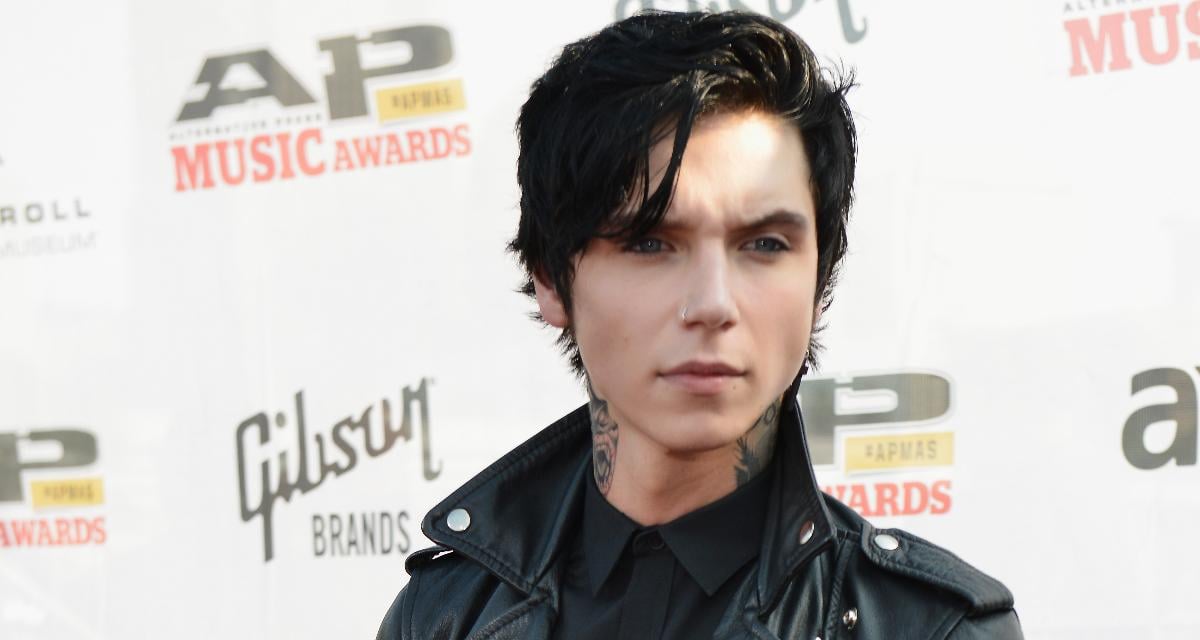 Andy Biersack of Black Veil Brides attends the 2014 Gibson Brands AP Music Awards at the Rock and Roll Hall of Fame and Museum on July 21, 2014 in Cleveland, Ohio. (Photo by Duane Prokop/Getty Images)

Andy Biersack, founder and lead vocalist of the band Black Veil Brides, is on the cusp of releasing his new solo project. The first single from the project, titled “We Don’t Have To Dance,” will be released to the public online on March 18. The full album is expected later this year and will feature a variety of collaborations, including with Gerald Way, Fall Out Boy’s Patrick Stump, and 5 Seconds of Summer’s Aston Irwin.

The project is said to be drastically different from Biersack’s other work, as according to the man himself, who said, “I think my intention for this was to go as far in the other direction as possible.” Biersack also revealed that the album was an opportunity to do music that wouldn’t fit Black Veil Brides’ sound. Though Biersack noted there will be no guitar solos, the album does play with different instruments with the intention having been to“[play] with music and seeing what happened.”

While fans are sure to be hyped for Andy Biersack trying something new and different on his own, those new to him and his sound will surely benefit from knowing more about the man himself before his solo project drops.

Here are five little-known facts about Andy Biersack for both new and old fans alike:

1. What’s In a Name? For the solo project, Biersack is using the stage name “Andy Black.” The use of a different name is to reflect how different his solo work is from his other work: a different sound and a different name to go with it. He’s also gone by the moniker “Andy Six,” which he dropped in 2011 when he decided he’d prefer to be known publicly by his birth name, Andrew “Andy” Dennis Biersack.

2. Hooked while They’re Young: Andy Biersack founded Black Veil Brides at age 14 with some friends. The group would play one gig as “Biersack” (named, of course, after its leader) before the transition to what they are today. The group signed with independent label StandBy Records in late 2009 and released their first album, We Stick These Wounds, in the summer of 2010. Biersack is the only founding member still in the group.

3. The Path Not Traveled: Before his successful music career, Andy Biersack attended an arts school that pushed him towards acting. He would star in several plays—many of which had acting scouts in attendance—and as a result, scored appearances in several commercials, as well as a TV pilot. He later explained that it was something he did for fun and had no desire to pursue acting as a career, so when it came time to return home he had no qualms about it.

4. The (Far Less) Wild One: While Biersack came from a loving family in which he was an only child, it wasn’t always easy. He was overweight until age 13, when he apparently exercised it off, and suffers from attention deficit disorder. He was also the frequent target of bullying due to his preferred style of clothing and taste in music (details that paid off a lot for him in adulthood). His being picked on was also the topic of the video for the song “Knives and Pens.” It wouldn’t be a surprise if at least one of his childhood bullies was now a huge fan!

5. Work through the Pain: Over the course of his career, Andy Biersack has received numerous injuries, with two in particular standing out. In 2011, he broke his nose on the drum riser. In a more famous incident in the same year, he shattered three ribs and dislocated a fourth in an attempt to jump back on stage. He’s joked in interviews that he doesn’t expect to live to see 40, but it’s not because of his being injury-prone, but rather due to his chain smoking.