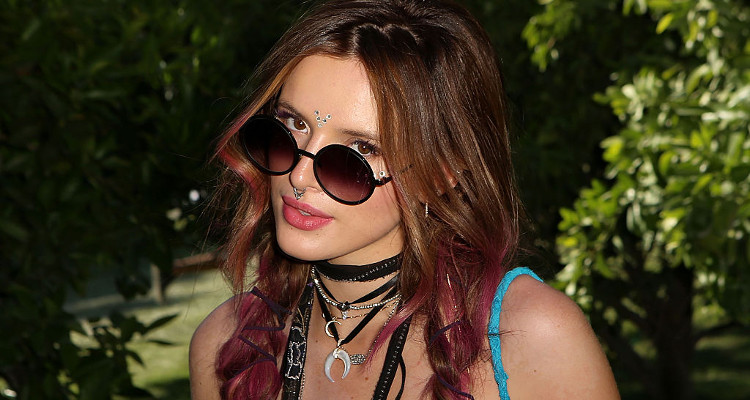 Actress Bella Thorne is quickly rising up the Hollywood ranks, thanks to her stunning good looks as well her stellar acting chops. Her mile-long legs, wavy red hair, and toned physique have people constantly wondering whether Bella Thorne’s bootylicious derriere is a result of plastic surgery or not. The gorgeous 18-year-old has garnered a large fan following for her beauty, and some are even searching the Internet for Bella Thorne’s naked pics and hot Bella Thorne bikini photos. If you’re scouring the Internet looking for the hottest Bella Thorne photos, we’ve got the best ones right here!

#1 Cool and Casual: Bella Thorne looked cool and collected while beating the heat, as she rocked a white tube top paired with black pants and strappy heels. The Duff star’s strawberry blonde hair was left loose and tumbled down her shoulders in waves. Thorne was in Miami, Florida on the set of Univision’s, Despierta America to support the film, Ratchet & Clank in April 2016. 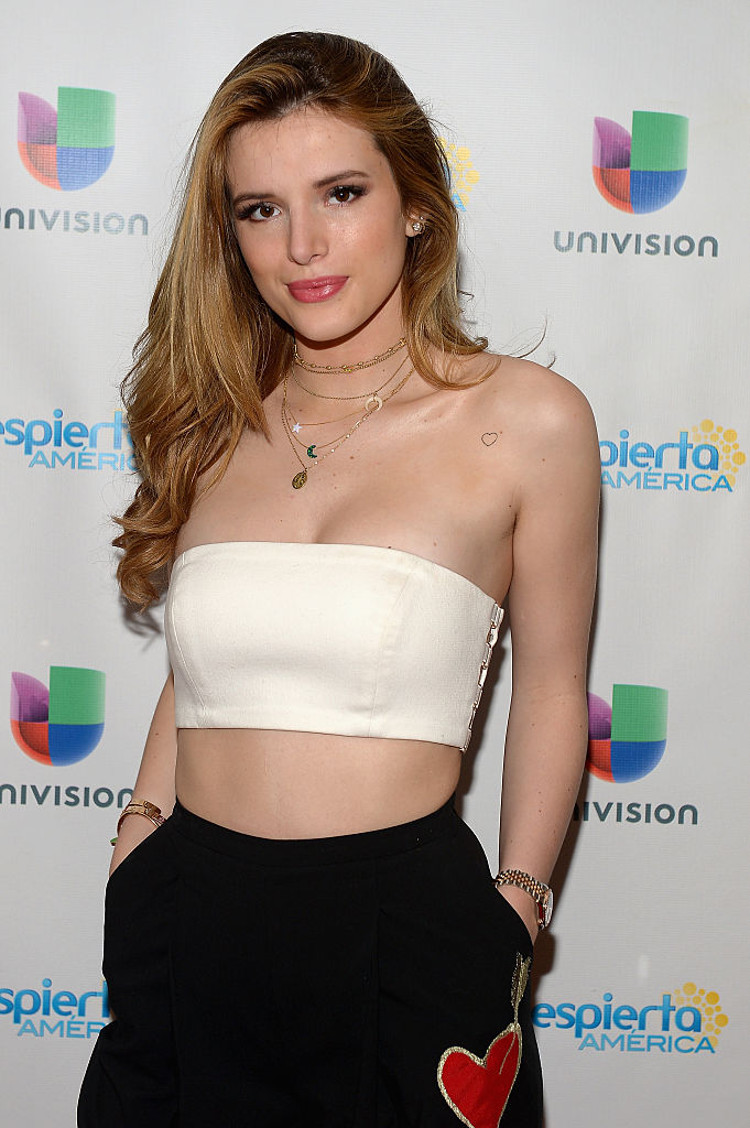 #2 Lady in Red: One of Bella Thorne’s hottest pics of 2016 was when she flaunted her hourglass figure in a beautiful figure-hugging dress, while attending the Shovel Buddies premiere in Austin, Texas. The event  took place during the 2016 SXSW Music, Film + Interactive Festival at the Topfer Theatre in March this year. 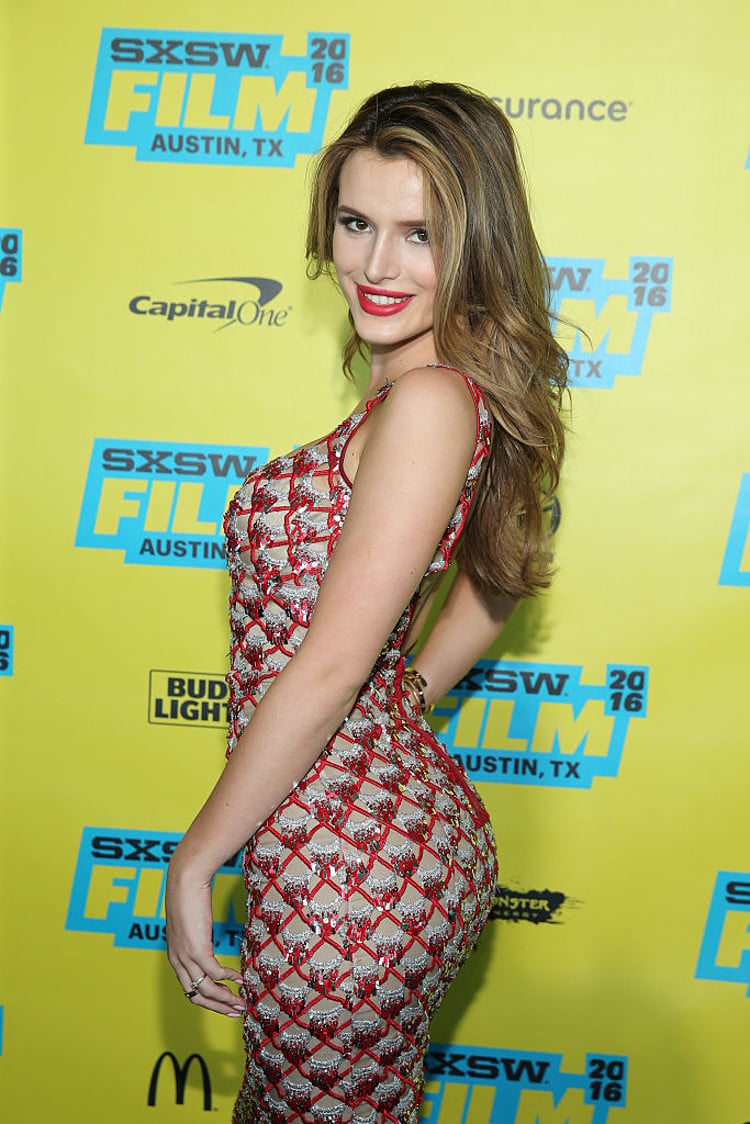 #3 The Hipster Look: Thorne looked uber cool as she arrived at REVOLVE Desert House in Thermal, California earlier this year. Her chestnut hair was two-toned with red extensions, and was braided in two pigtails. The Blended actress wore an off-shoulder crop top, paired with hot pants. She heavily accessorized her ensemble with some interesting pieces, like a nose ring and several chains around her neck. 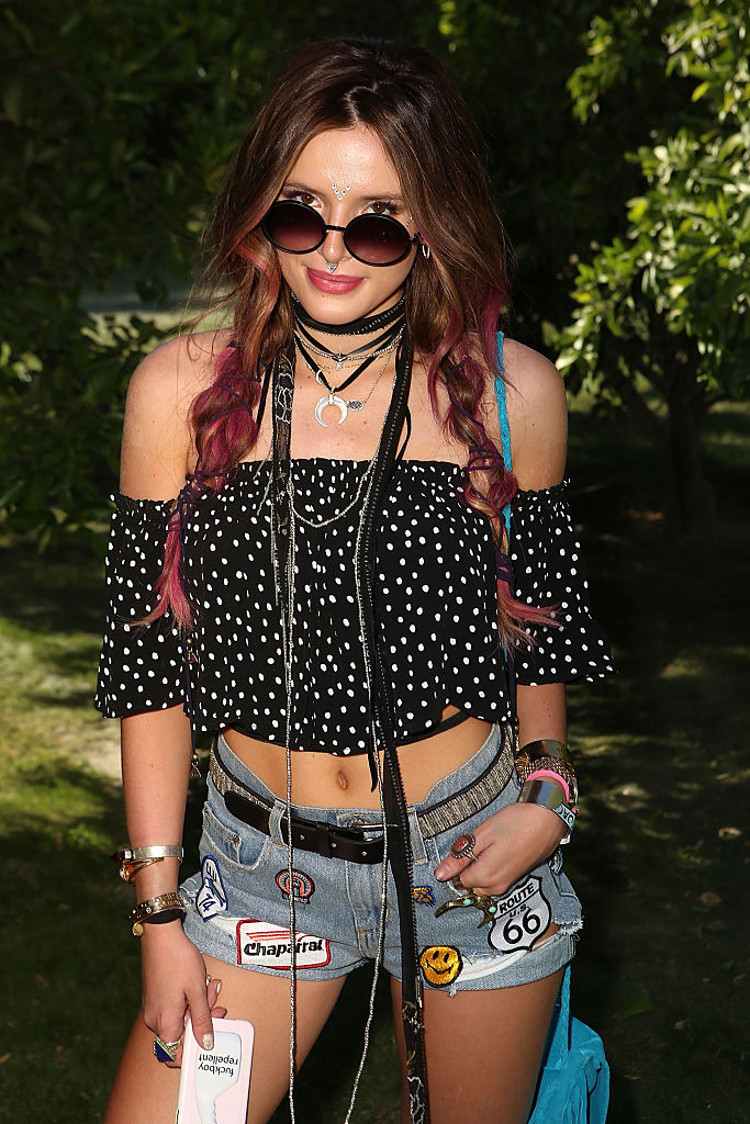 #4 Beauty in Black: All eyes were on the breathtaking Bella Thorne at The Weinstein Company’s, Hateful Eight premiere in Hollywood, California. With her hair tied back and minimal makeup on her face, she sported a see-through black mesh top, coupled with a floral miniskirt and thigh-high black boots. 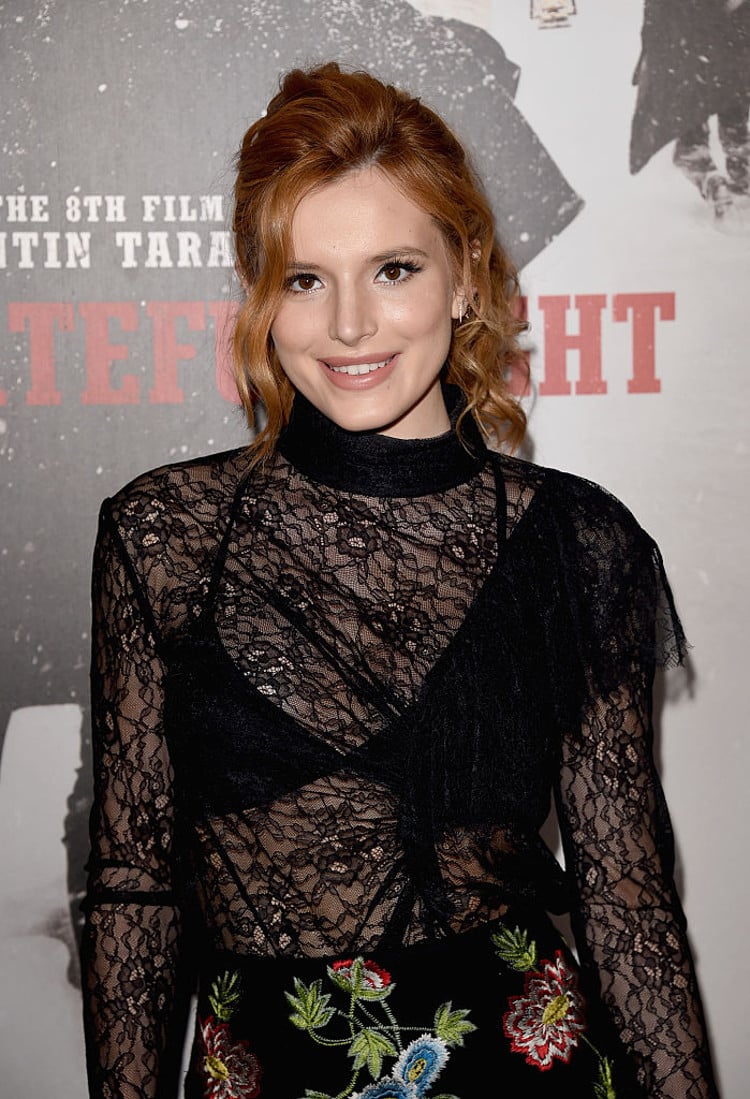 #5 Fresh-faced: Thorne looked positively glowing as she attended an event that Kari Feinstein’s Style Lounge presented by LIFX in L.A., California in February 2016. Her fresh-faced, no-make up look made her look natural, and her red tresses were loose and flowing over her shoulders. Thorne opted for a smart casual outfit in pastel shades, to enhance her peaches and cream complexion. Could she be any prettier? 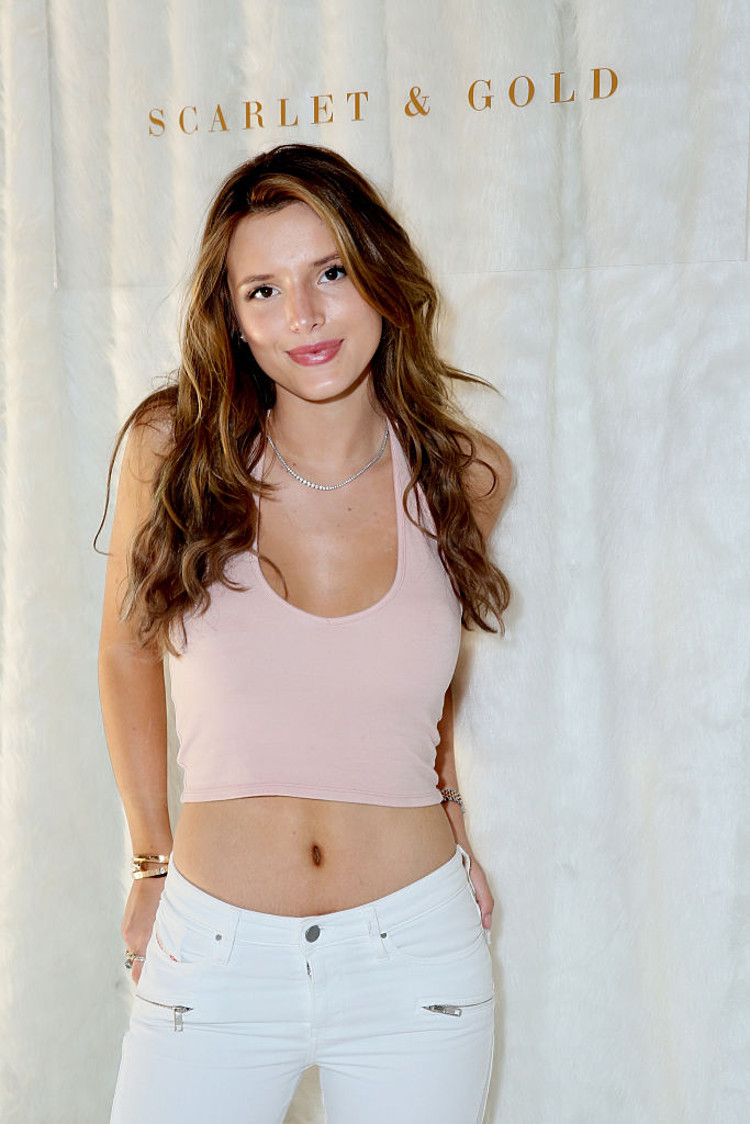