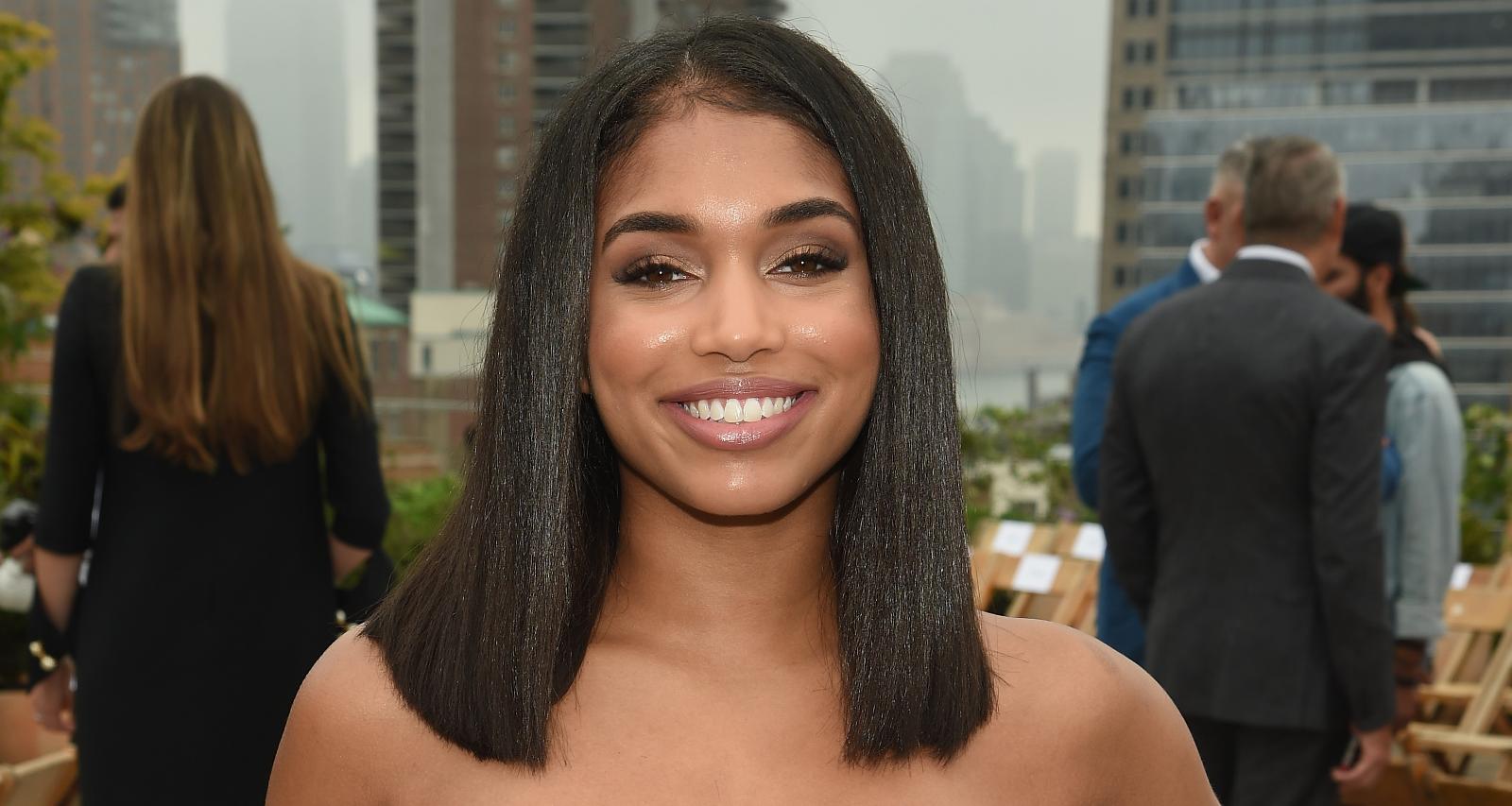 Lori Harvey might be famous as Steve Harvey’s stepdaughter, but she can be a lot more attention-grabbing! Just the mention of her name in Meek Mill’s latest song has everyone talking. That namedrop also got everyone asking, “What exactly is Meek Mill and Lori Harvey’s relationship?” Lori’s love life makes her a hot topic in gossip circles and her seemingly making her relationship with the rapper, Future, Instagram-official has the Internet abuzz. To explain the famous scion’s latest relationship news and more, we’ve got Lori Harvey’s wiki right here.

Meek Mill collaborated with Drake on the much-talked-about track “Going Bad,” from his latest album Championships. The song is getting much hype—not just because it’s catchy, but also for the line, “I got Lori Harvey on my wish list (That’s Lori).”

It really is that Lori, Steve Harvey’s stepdaughter. Born on January 13, 1997, she and her siblings, Morgan and Jason, are Marjorie Harvey’s children from her previous relationship. She was 10 when her mother married Steve Harvey and raised them alongside his four biological children.

Since Meek Mill mentioned her in his song, there’s been speculation about what the relationship is between them. A few wonder if Mill has a crush on Steve Harvey’s kid. Her Instagram followers are even leaving the “Going Bad” line on her posts.

But Mill set the record straight during his recent appearance on The Breakfast Club. He said he finds her beautiful (we agree!) but doesn’t have any romantic interest in her.

And he’s not crushing on her from a distance, either. He and Lori are friends through Teyana Taylor and hang out on occasion. He simply looked through his contacts for a girl’s name that best fit the line. And Lori was it!

Lori Used to Be an Equestrian

As a child growing up in Atlanta, Georgia, Lori was an avid equestrian. She was a champion horse-rider and aspired to compete in the Olympics.

Her proficiency in the sport also got her accepted to every college she applied to. She and her siblings were homeschooled starting from the seventh grade. So, she was looking forward to going to a college in Florida that supported her riding career.

However, an accident derailed those dreams. After a year and a half in college, Lori broke her back and tore her MCL in a horse-riding mishap.

Unable to ride, Lori returned home and took online classes. She has since retired from riding and now focuses on pursuing a career in the fashion industry as a model.

Lori Harvey has shown she has Steve Harvey’s showbiz charm and Marjorie Harvey’s fashionable persona. She’s shorter than most models, but the famous scion has made a larger-than-life splash in the modeling world.

Signed with LA Models and Select Model Management in Europe, Lori has traveled all over the world for her modeling gigs. She’s modeled for Dolce & Gabbana and walked the runways at Paris and Milan Fashion Weeks.

Her 5’3” stature and athletic build is uncommon among catwalk queens, but she’s mighty proud of breaking the mold. “Being that I’m not a traditional model, it’s kind of cool because I feel like it’s opening up a door for a new generation of models that look more like me versus being 5-foot-10 and super skinny [with a] super flat stomach and super skinny legs like everything looks so perfect. So, it’s cool that I don’t have to be a size 00. I can literally just be me and that’s okay,” she says.

As her modeling career soars, so does her social media popularity. She has over 720K followers on Instagram, and they’re growing by the day.

Lori caught the eye of Memphis Depay, the Dutch soccer player who is signed to the French club Lyon, at a beach some years ago. He approached her then and asked for her number.

Lori was initially reluctant, but gave him her number anyway. However, she ignored his calls for a whole year.

Depay’s persistence paid off and she finally answered his call. They hit it off and began dating in January 2016.

The Dutch-Ghanaian Depay went through the customary screening by the dad. Steve wanted to be double-sure about his daughter’s boyfriend, and had Depay followed!

Harvey confessed on his show that he had Depay followed and did not guilty feel about it. “She didn’t know. She knows now. But when she found out, she was upset… What you trippin’ for? I’m trying to help you. You think he cute, I don’t. You find him attractive. The boy is just a boy to me.”

When Depay invited Lori to his game in Manchester, England, Steve and Marjorie refused on her behalf. But in a rebellious phase, Lori went anyway—and Steve was not happy!

Depay eventually got Harvey’s stamp of approval. He went on to propose to Lori in June 2017, and she said yes!

The Lori-Memphis sightings have become rare in 2018, fueling speculation that they’ve broken up. According to several reports, their engagement didn’t last long and they quietly split up in 2017.

After breaking up with DePay, Lori has been romantically linked to several famous names. Her alleged boyfriends included Trey Songz and pro footballer, Justin Combs. She also reportedly had a brief fling with Sean “Diddy” Combs.

However, 2020 is the year Lori made her relationship with rapper Future Instagram official. They were first rumored to be dating when Lori celebrated his birthday with him in November 2019. With a poolside picture posted by the rapper on January 13, they seemingly confirm their romance.

They are reportedly on a Jamaican vacation with Lori’s friends for her birthday. They also hinted at their relationship in Lori’s Instagram stories earlier.

She Was a Debutante

In 2017, When Lori was 20, she made her grand debut to society at the Le Bal des Débutantes. The annual debutante ball in Paris, France is one of the biggest parties in the world.

Wynton Harvey, Steve’s son from his second marriage to Mary Shackelford, was Lori’s cavalier, or escort. Lori and stepbrother Wynton are the same age, and Steve was proud to see his children all grown up.

Lori was one of the six American ladies at the ball and awed in an Elie Saab creation. At the same ball, Reese Witherspoon and Ryan Phillippe’s daughter, Ava Phillippe, was also introduced to society.

Thanks Wynnie for being the best date to @lebal.paris and for not letting me fall ? #YouARealOne #bestlittlebrotheraward