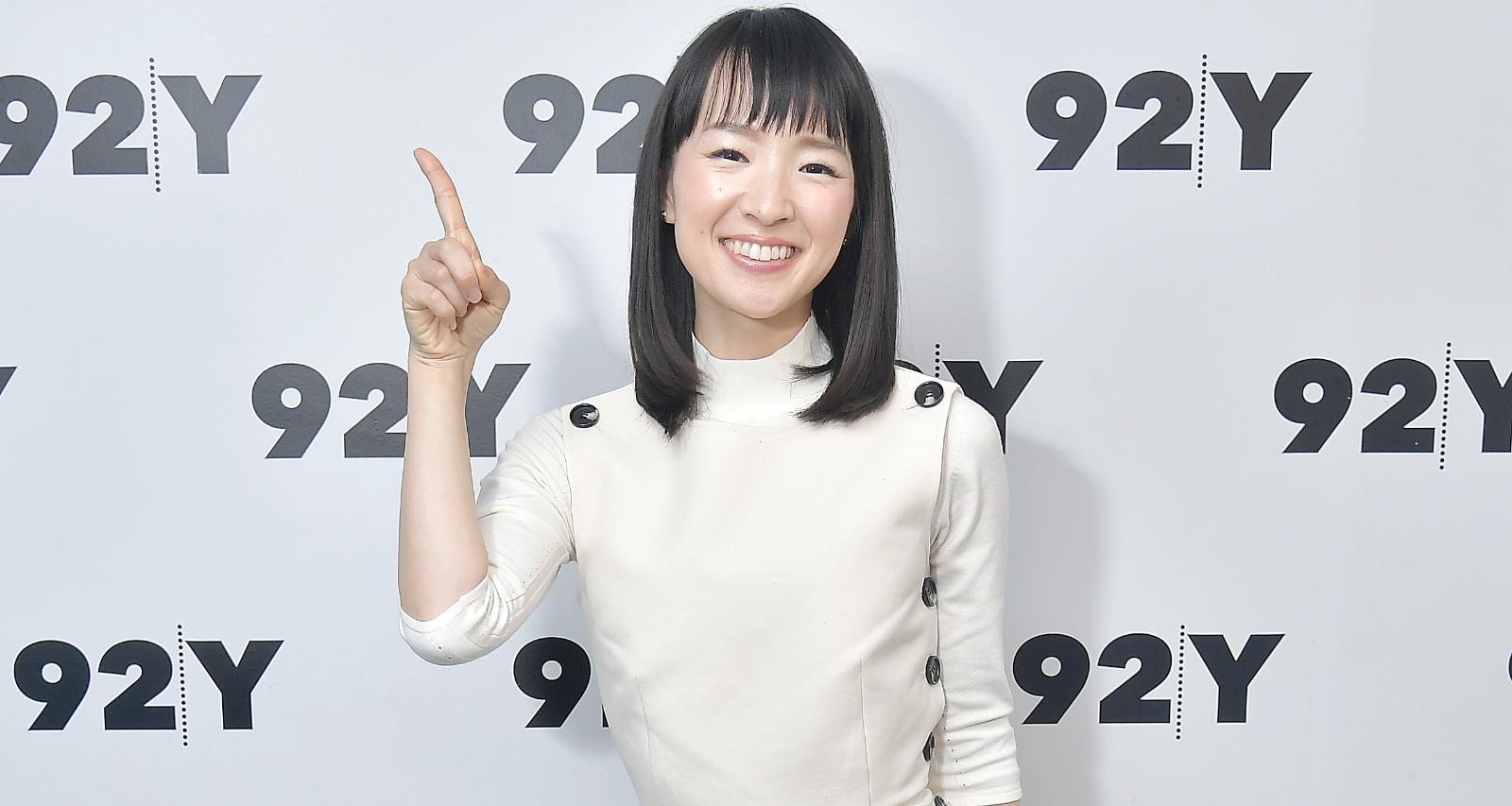 Organization guru Marie Kondo brings her Life-Changing Magic to Netflix in the new series Tidying Up with Marie Kondo, which premiered on January 1, 2019. The one-of-a-kind home makeover series is produced by Marie Kondo’s husband, Takumi Kawahara. Ever wonder how the tidying-up goddess is at home? Our Takumi Kawahara wiki gives you a peek inside the KonMari maven’s marriage.

Takumi Kawahara, who celebrates his birthday in July, hails from Osaka in Japan. Not much is known about his family, but he has a brother who married in 2013.

He graduated from Kure Miyamura High School in 2004. In high school, he played soccer and was the soccer club captain.

He went on to attend Kanagawa University’s Department of Autonomy Administration in the Faculty of Law.

With a background in sales support, marketing, and consultation, Kawahara worked in corporations in Osaka. His work entailed a lot of traveling around Japan.

Marie Kondo and Takumi Kawahara married in 2012. She is strict about keeping her home life private, so most of the details about their marriage are kept under wraps.

Since Kondo’s KonMari method of organization became a global phenomenon, Takumi left his corporate job to become her full-time manager. He often accompanies her on interviews and helps her handle her book deals.

Kondo recommends getting rid of those items that don’t “spark joy” in your life, which is really easier said than done. However, Kawahara is not above dishing between his wife’s interviews that Kondo cheats on her own mantra by keeping a few items that don’t meet her de-cluttering criteria.

He not only manages her busy schedule, but he’s also her official photographer. So all those immaculate pictures you see on Kondo’s Instagram and in publications are courtesy of Takumi Kawahara.

He’s, however, not very active on his own social media. He hasn’t posted on his Instagram account since 2015. He used to promote KonMari on Twitter, but has been inactive on the platform since 2016.

Also Read: Interesting Details about Kaiora and Francis Tipene from Netflix’s The Casketeers

He’s the CEO of KonMari Media

Kondo established KonMari Media, Inc. in 2015 in California. After the success of her first bestselling book, The Life-Changing Magic of Tidying Up, in 2011, KonMari Media began producing global content based on Marie Kondo’s work.

While Kondo is the owner and chief visionary of the company, Kawahara is the co-founder and CEO. The company also boasts hundreds of certified consultants helping households and businesses adopt the KonMari method.

Kawahara remains active as Kondo’s manager and also has a role in expanding her reach over various platforms. In 2018, Kondo and KonMari Media inked a deal with Netflix to produce a series. Along with the Jackal Group, Kawahara signed on as executive producer of the series, called Tidying Up, which premiered on Netflix on New Year’s Day.

After her first book made her famous worldwide, Kondo and Kawahara became parents to two girls, Satsuki, 3, and Miko, 2. You can gush over pictures of the adorable girls on Kondo’s personal Instagram.

Happy holidays! To better serve our community, we've created a 3-minute, gift-giving survey to better understand your experience with the KonMari Method. ⠀ ⠀ When you complete the survey, you will have the chance to win a signed copy of The Life-Changing Manga of Tidying Up! Link in bio. ⠀ *The survey is for U.S. residents – for those of you living outside the U.S., thank you for your interest, and keep an eye out for similar opportunities from us in the future! ⠀ Photo by Drew Kelly.

When Satsuki was born in 2015, a lot of KonMari followers were skeptical that her de-cluttering practice would withstand children. After all, babies are messy and have a knack for throwing new parents off their routines.

Motherhood has expanded her perspective and advice to parents on tidying up. However, Kondo has often said that her daughters are learning to tidy up early on.

While she’s going to wait until her daughters are old enough before schooling them in the art of de-cluttering, Satsuki and Miko have already inherited their parents’ tidying-up genes.

Satsuki has watched her mother fold clothes since she was a baby, and by the time she was two years old, she was already picking and folding her own clothes. Miko, like her sister, was also entertained by watching her mother folding clothes.

He Is Good at Tidying Up

Being her manager, Kawahara is well aware of the KonMari method. Which means he also knows his wife is not tidying up after him. Still, they enjoy a little de-cluttering together as Kondo prescribes tidying up as a sort of couple’s therapy.

Kondo has even helped people de-clutter their homes before their partner moved in. Kondo knows that organizing a house is complicated enough without a new member entering the fold.

Nonetheless, she claims she was fortunate that moving in with her husband didn’t challenge her organizing needs. “He was able to clean and be very organized even before he read my book, but it was certainly even more pronounced after he read my book,” she said, adding that they are now in the “same groove.”