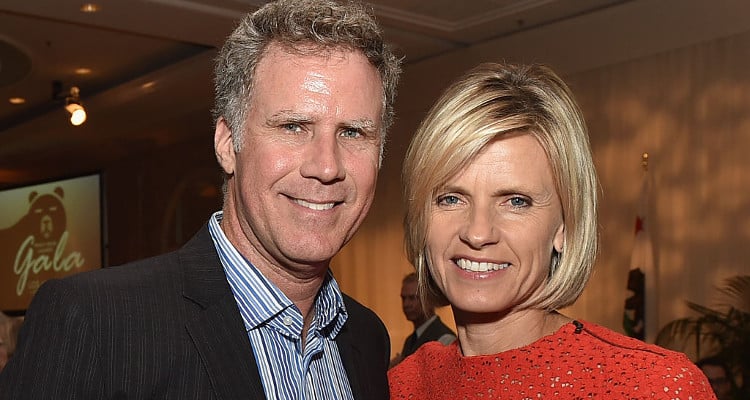 Audiences will no longer be seeing Will Ferrell as Reagan in a proposed Ronald Regan biopic due to Ferrell dropping out of the project. The movie was set to be an “Alzheimer comedy,” according to The New York Post, and the Regan movie had already received negative reviews from the Reagan family (Michael Reagan and Patti Davis) and people on Twitter who have been linked closely to the disease. The Reagan movie was supposed to be a comedy, but given the recent death of Nancy Reagan, the movie was already disliked from the start. But comedy is what Ferrell does best, and he’s known for it in both movies and TV shows—not to mention Will Ferrell’s Twitter is also a goldmine of hilarity!—so here’s a look back at our picks for the 5 best Will Ferrell movies!

A Night at the Roxbury

Many of you might still remember this 1998 cult classic and still bop your heads to Haddaway’s “What Is Love?” when at the club. The movie centers on two idiotic brothers, Doug (Chris Kattan) and Steve Butabi (Ferrell) who, despite being well into adulthood, are still trying to party every night and live carelessly. They dream of owning their own night club after spending a night at The Roxbury—a hip club a friend got them into. The two live for disco—from music to clothes—as if they have retrograde amnesia. However, everything in this movie worked for the laughs.

This movie is still synonymous with the signature “Blue Steel” pose and also has a sequel. Zoolander 2, in which Ferrell also stars. Ferrell plays Jacobim Mugatu, a fashion mogul who brainwashes dim-witted male model Derek Zoolander (Ben Stiller) to assassinate the progressive Malaysian prime minister, all in order to retain child labor. Ferrell gave his own brand of humor and style to this role, and in some cases he clearly steals the show. Things don’t work out in the end for Ferrell, but he does play evil well.

Ferrell stars in this comedy/drama movie about an IRS auditor who finds himself being constantly narrated by a strange voice that only he can hear (how annoying would that be?) The narration begins to affect every aspect of his life, even until death. (Ferrell’s characters just can’t catch a break sometimes). This role showed off Ferrell’s ability to successfully be a dramatic actor as well as a comedic one.

Anchorman: The Legend of Ron Burgundy

Who knows what life would be like without Ron Burgundy? Hopefully we never have to find out. Ferrell plays Ron Burgundy, a San Diego anchorman in a male-dominate news environment in the ‘70s. But that all changes when a woman (Christina Applegate) gets hired and things get crazy. The famed anchor is still being used as an Internet meme, and those who haven’t seen the films should drop everything and do so now!

In this animated 3D action comedy, Ferrell lends his voice to play Megamind, a villain who finally defeats his nemesis, Metro Man (Brad Pitt), but suddenly has no purpose after his victory. Only Ferrell could pull of a lost villain who actually loses even when he’s won.

It’s probably for the best that Ferrell declined the Reagan role as both legacies would’ve been gravely affected and the reviews wouldn’t have been good. Comedy normally has no boundaries but it ultimately depends on the flow of the script and the public on Twitter was massive. But we’re not worried about Ferrell—he always finds a way to keep us laughing.