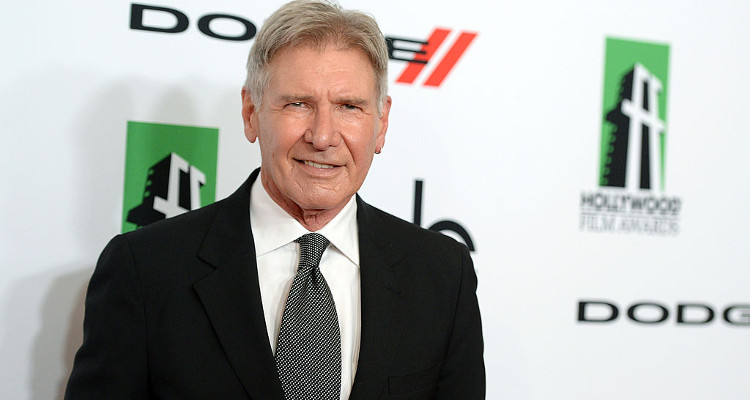 Today (July, 13) is Indiana Jones star Harrison Ford’s birthday. For those who are wondering about Harrison Ford’s age, he turned 74 today and still looks as good as ever. So, on the occasion of his birthday, let’s take a look at some of the best Harrison Ford movies.

We all remember Harrison Ford in Star Wars and Harrison Ford in the Indiana Jones movies is unforgettable. He has earned a high reputation in the industry due to his brilliant acting in several movies such as, Blade Runner, Witness, Patriot Games, Clear and Present Danger, Apocalypse Now, The Fugitive, What Lies Beneath, and The Conversation. Since today is Harrison Ford’s birthday, we thought it is the perfect moment to list five Harrison Ford movies for you to enjoy on his birthday and remember the fine actor.

We all know how brilliant and outstanding Harrison was in Star Wars and Indiana Jones, but one certainly cannot deny the fact that his acting was impeccable in Witness also. It is a 1985 movie stars Harrison Ford and Kelly McGillis and was directed by Peter Weir. It is an American crime thriller and has a particular twist to it. The movie starts as a thriller about a young Amish murder witness, and police are assigned to protect him. However, once the detective goes to Pennsylvania, the movie becomes a love story between the detective and the young Amish boy’s mother, played by Kelly McGillis. The film earned around $68.7 million at the box office.

This American tech noir science fiction film was released in 1982. The events in the movie take place in 2019, if the scenario in the movie comes true in the next four years, there will be a remarkable increase in robot technology, but Los Angeles’ quality of living will decrease. Harrison Ford plays the role of a detective who has the responsibility of hunting down “replicants,” which are robots who don’t know they’re robots, that are living on our planet. Although the movie just earned $33.8 million at the box office, it remains a cult favorite.

Talking about Harrison Ford’s movies, how can we forget to mention this one? Ivan Reitman directed Six Days, Seven Nights and its star cast includes David Schwimmer, Anne Heche, and of course Harrison Ford. This movie is about Robin Monroe (Anne Heiche), who is a New York magazine editor, and grumpy pilot Quinn Harris (Harrison Ford) as they struggle to keep aside their mutual dislike for each other in order to survive a plane crash in the middle of a South Seas island. It is an adventure/comedy film and earned around $164.8 million.

Released in 1997, this movie was directed by Alan Pakula. Besides Harrison Ford, the star cast of the film also involves Margaret Colin and Brad Pitt. This movie is about a police officer trying to uncover his house guest’s identity; this guest eventually turns out to be an I.R.A. terrorist hiding in the police officer’s house. This movie earned more than $140.0 million at the box office.

This film is based on Scott Turow’s novel Presumed Innocent and is directed by Alan Pakula as well. Ford plays the role of a prosecutor who gets charged with the murder of his colleague, who also happens to be his mistress. This movie is great in all the ways, as we can see Ford’s character struggling a lot in the film to clear his name. This movie was released in 1990 and earned the enormous amount of $221.0 million at the box office.