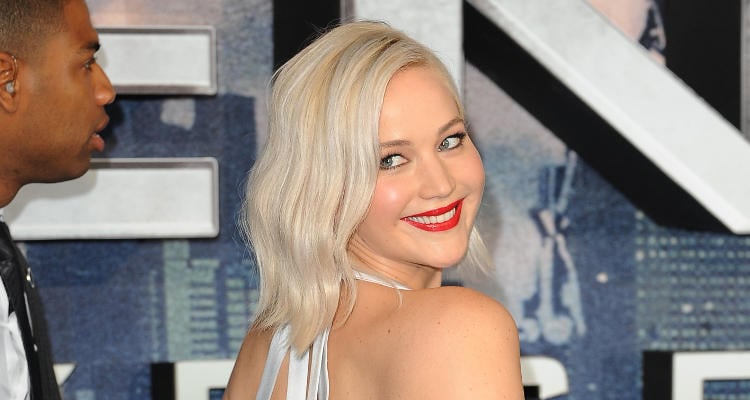 Hollywood A-lister and everyone’s imaginary best friend, Jennifer Lawrence, has four big movies slated for release in 2016 and 2017. The talented 25-year-old has wowed audiences with her performances in the past and will likely continue to do so in the coming year. The Oscar winner has previously starred in some of the best movies like Silver Linings Playbook, American Hustle, and The Hunger Games series, garnering tremendous praise and accolades for her work. Here are 4 of Jennifer Lawrence’s upcoming movies:

It’s What I Do

This movie is an adaptation of female journalist Lynsey Addario’s It’s What I Do: A Photographer’s Life of Love and War. It is a memoir of a woman who went searching for the truth in the world’s most dangerous nooks and corners. Directed by none other than multiple award-winning Director Steven Spielberg, the movie’s release date is yet to be announced. The gutsy journalist has shared her remarkable story about how she was held hostage by the Libyan Army in 2011 along with four other people. We’re sure this is another Oscar-worthy role for the brilliant Lawrence. The film’s release date in under wraps.

No, the movie is not based on Taylor Swift’s song. The film is said to be focused on Stanford dropout Elizabeth Holmes, who is the CEO and founder of the blood-testing company, Theranos. The biotech company’s practices were recently called into question after the 32-year-old billionaire was banned from operating labs for two years by U.S. Federal health regulators. The film is going to be directed by Adam McKay, who won an Oscar for The Big Short. The release date is yet to be declared.

This sci-fi movie already garnered publicity because of its lead actress, Jennifer Lawrence, being paid $20.0 million for the role—$10.0 million more than the male lead, Chris Pratt—even though her role is secondary to his. The synopsis of the movie is a fascinating futuristic tale, and features a torrid sex scene between Jennifer and Chris. Allegedly she felt so awkward while shooting the scene that she had to get drunk beforehand. The movie is due to be released on December 21, 2016.

Darren Aronofsky, director of Requiem for a Dream, is heading this untitled project that has finalized other Hollywood A-listers such as Domnhall Gleeson, Javier Bardem, and Michelle Pfeiffer as members of its cast. The plot is said to focus on a couple’s troubled dynamics when unexpected guests arrive at their house. We’re waiting for this one if only for the fabulous cast! Watch this space for more updates on the release dates of Jennifer Lawrence’s films.

Lawrence dated her X-Men costar for about two years; they made their public appearance together in 2011, and after they had broken up, they rekindled their romance for a while only to part ways for good shortly after. Their hectic work schedules were cited as a reason behind the split.

After Hoult, Lawrence was linked to Coldplay frontman, Chris Martin. When the rumors broke out, fans were surprised by the revelation considering he was previously married to Gwyneth Paltrow and has two children with her. The unlikely pair made headlines with their on-and-off relationship but called it quits after his alleged refusal to commit. Some say that the couple is still together, but no one knows for sure.