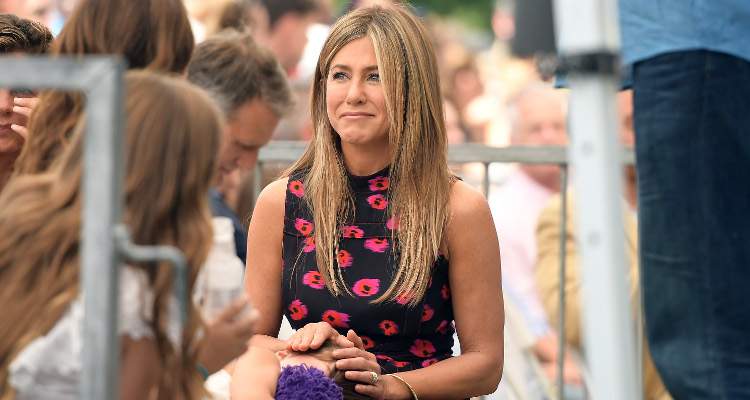 Only recently did Jennifer Aniston learn a valuable skill: the ability to say “no.” In a recent interview with Harper’s Bazaar, the actress, who is currently filming the movie version of the 2015 thriller novel The Girl on the Train, admitted that there was a period in her life when she wasn’t very selective about what she attached her name to—and that she very clearly should have been.

The woman best known for playing Rachel on the hit sitcom Friends described herself as “a bit of a people pleaser” and that “there was a time when [she] worked and worked and worked.” However, she’s “trying to be better” at learning to turn people down, whether it pertains to her career or not.

However, what was most telling was how Jennifer Aniston reflected back on her own career and what not saying “no” has meant. Apparently, she’s not against acknowledging that her willingness to take on any role has been nothing less of a huge mistake! “Some of the movies I’ve made, I bow my head in slight shame over,” Aniston admitted, adding that she will now only take roles that make being away from home—and from husband Justin Theroux—worth it.

But, while Aniston may want to forget that some flops have shamed her career, we haven’t. Here are just a few Jennifer Aniston movies that she may have been referring to:

This 2005 film also featured Clive Owen, whose character cheats on her, leading to a series of events involving blackmail and death. While Aniston’s role is minimal—the movie focuses almost entirely on Owen’s character—she was billed as one of its biggest stars. The film saw a net gain of only $35 million and was widely panned by critics.

Also from 2005, this movie co-starred Kevin Costner, Mark Ruffalo, and Shirley MacLaine and was about a rumor regarding the family that inspired the 1963 novel (and 1967 film adaptation) The Graduate. With a rumored $70 million budget, the film only made $88 million worldwide, which meant a gain of only an $18 million. And, like Derailed, the reviews were less than kind.

Jennifer Aniston stars as a financially struggling maid in this film about her and her much better off friends struggling through their personal problems together. While much better received than the other two movies from a critical standpoint and sporting a low budget ($6.5 million), the film only managed to earn an $18 million gross.

In this 2012 rom-com, Aniston plays one half of a married couple—with Paul Rudd—who end up living in a hippie commune. The film was a financial loss, earning back only $21 million of its $32 million budget, but currently enjoys a small cult following.