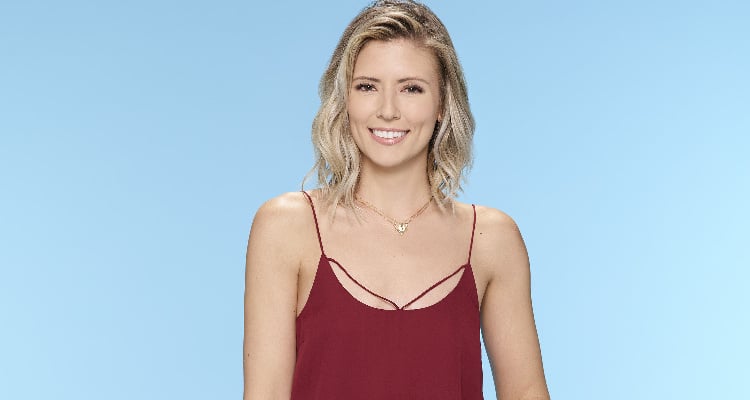 Nick Viall returned to The Bachelor franchise on January 2 and this time, he won’t be in second place! This time, Viall will get to choose the woman he spends the rest of his life with, and Danielle Maltby is one of the remaining contestants.

At 36, Nick Viall is on his fourth journey to find love on reality TV in this season of The Bachelor. By the end of season 21, he will likely be engaged to one of the 30 women who are vying for his heart. Contestant, Danielle Maltby is a 31-year-old nurse, like a few other women this season. Like Viall, she too is from Wisconsin and has a heartbreaking backstory. Here’s everything to know about Danielle Maltby’s family, including her parents, siblings, and former fiancé.

Maltby’s current residence is in Nashville, Tennessee, but she is originally from Wisconsin. In fact, she is from Waukesha, Nick Viall’s hometown! It would be very cute if they had a hometown date!

Not much is known about Maltby’s life in Wisconsin. She studied at Viterbo University in La Crosse, before moving to Tennessee. We’ll probably get to know more about her parents and how many siblings she has as the season progresses.

#2. She is a Neonatal Nurse and Model

This season of The Bachelor has many contestants from the medical field. Four are trained nurses, including Maltby. Danielle Maltby is a neonatal nurse, which means that she takes care of at-risk newborn babies. More specifically, she works in the neonatal intensive care unit (NICU). NICU nurses have to provide the most direct patient care.

The Bachelor contestant also works as a model and is signed with AMAX models. Apparently, modeling is just a side job for her, but it is something she definitely can do full time!

Before Maltby moved to Nashville, she met another Nick. Nicholas Haag was the son of Jonathan and Kathleen Haag. He studied at Florida School of Arts and graduated from a music production school in Arizona.

Haag was a member of the Wayne Mills Band before joining Chasin’ Mason in 2010. He had lived in Waukesha with Maltby, and the two were engaged. Unfortunately, Nick Haag died of a drug overdose when was 29 years old.

According to her profile on ABC, Danielle Maltby moved to Nashville for a fresh start. But it also feels like she went to her late fiancé’s hometown to feel closer to him. Maltby’s tragic story will certainly come up as she progresses in the competition. If she and Viall pay a visit to Nashville, it could be an emotional date.

#4. She was Popular from the Start

Danielle Maltby reportedly gets the first one-on-one date with Nick Viall this season, but she wins more than that. Maltby became a fan-favorite right from her arrival.

At their first meeting, Maltby gave Viall some maple syrup made by her father. She even made Viall lick the syrup from her finger saying, “If things get sticky with the other girls, you can come find me.”

Many fans of The Bachelor are rooting for her and hope she makes it far so they can know more about her family. Don’t miss The Bachelor as it airs Monday nights at 8:00 p.m. EST only on ABC!