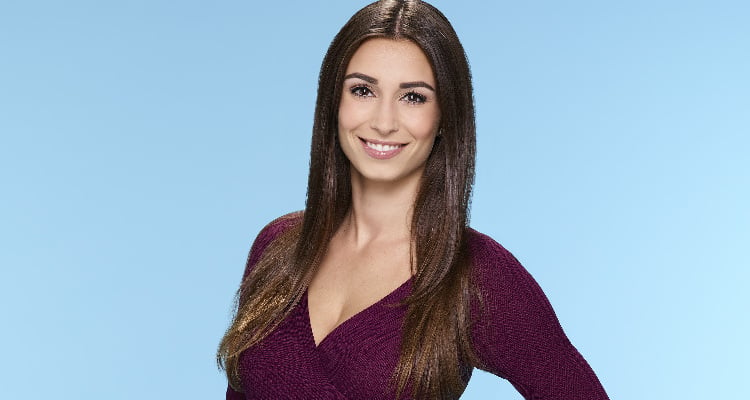 The Bachelor season 21 began with 30 women, and eight were eliminated in night one. One of the remaining women still in the running for Nick Viall’s heart is Astrid Loch.

Season 21 of The Bachelor premiered on January 2 and Nick Viall is hoping to find the woman of his dreams among the now 22 women. One contestant is 26-year-old Astrid Loch is an office manager for a plastic surgery clinic in Florida, where her family lives. Here are some interesting facts to know about Astrid Loch’s family including her father, mother, and siblings.

#1. She is Originally from North Carolina

Astrid Loch works as an office manager and patient care coordinator for Soler Aesthetic Plastic Surgery in Tampa Florida. She helps prep patients before they go under the knife. Before she moved to Florida, she used to live in Charlotte, North Carolina.

The Bachelor contestant went to the University of North Carolina where she graduated with a Bachelor of Arts degree in Communication, including a minor in Women and Gender Studies.

#2. She was Born in Germany

When Loch first met Nick Viall, she spoke to him in German, but Viall didn’t understand a word. Loch’s proficiency in German is likely due to her mother, who was living in Germany with her daughters before moving to the United States.

Astrid Loch was born to Marina and Anton Loch in East Germany. Her mother is Romanian and her father is German. Astrid Loch’s parents separated when she was young. Her mother remarried and moved to America while Anton Loch stayed in Germany.

Marina Loch married Michael Geier after her separation from Anton Loch. A source close to the Loch family told OKhereisthesituation that Geier reportedly helped them acquire green cards to the U.S., and Marina left him the second they landed in Charlotte.

Marina Loch worked at the Ballantyne Resort in Charlotte, North Carolina. There she met Mark Mogul, a doctor who specializes in pediatric hematology-oncology at St Joseph’s Children Hospital in Tampa. Mogul was married to a woman named Robin at the time, and had left her for Loch.

#4. How Many Siblings Does Astrid Loch Have?

Astrid Loch has a sister named Ingrid. When their mother married Mogul, they added then 18-year-old Christopher Mogul to their family.

Mark Mogul is reportedly a dead-beat dad. He has been close to bankruptcy a few times and he stopped paying alimony to his first wife.

“Be advised that when Mr. Mogul left his son and his first wife in 2010 to live with Marina and her girls, he did so without providing any funds for Robin and Christopher’s living expenses.  Mr. Mogul then purchased another house, and allowed the former family home to go into foreclosure. I know, I was there with other friends providing money for Robin and Christopher’s food, healthcare, and daily living expenses,” a source alleged.

Astrid Loch has a very interesting family situation. So if Nick Viall keeps her until the hometown dates, it will be fascinating to see Loch’s mother, sister, and stepfather. Watch Astrid try to win Nick Viall’s heart on The Bachelor season 21, Monday nights at 8:00 p.m. EST.

Roses are red, violets are blue, pass me the pizza, and the red wine too 🍕🍷🌹 Join me in an hour for the premier of @BachelorABC #TheBachelor pic.twitter.com/ehPfx09lsZ