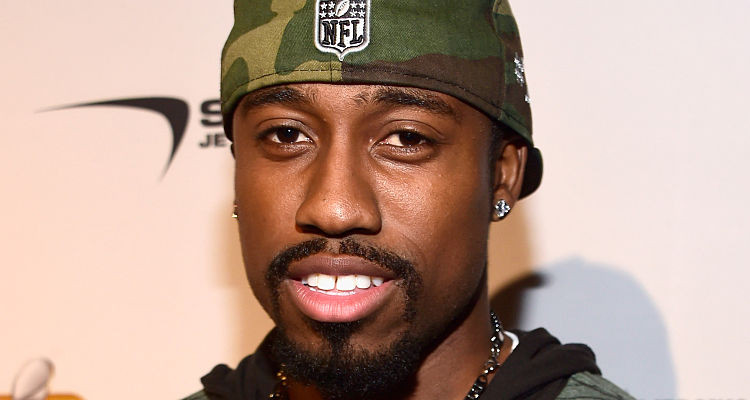 Kim Kardashian is rumored to be having an affair with a famous football player. Is Kim K cheating on Kanye West with Marquette King? Find out more here.

Celebrities are always surrounded with rumors. Sometimes, these rumors turn out to be true, but often, there is no validity to them. Though Kim Kardashian is married to Kanye West, there is an ongoing rumor that she is cheating on him with professional football player, Marquette King. So, is Kim K cheating on Kanye West? No party has commented yet, but a source close to Kardashian has denied the rumors.

Everybody knows that Kim and Kanye have been going through a lot in their personal lives lately. From Kardashian’s Paris robbery to West being hospitalized because of stress and mental exhaustion, the last thing they need right now is an infidelity rumor.

Sources close to Kardashian claimed that the rumor is so not true, and insist that the mother of two is helping her husband recover. Marquette King, on the other hand, seems to like the attention. Further evidence of this is Marquette King’s recent tweet, which is just adding fuel to the fire. Now that Marquette is appearing more in the news, here are some facts about the Oakland Raiders punter.

Marquette King Jr. was born in Macon, Georgia on October 26, 1988. He was raised by his mother, Audrey King, and has a sister named Jasmine King. King went to Fort Valley State University, where he was recruited as a wide receiver, but he could not take out time for playing. During King’s junior year, his coach found out that King would practice punting off the field, and threatened to revoke King’s scholarship, unless he became a full-time punter.

During his senior year, King was a member of the All-First Team Southern Intercollegiate Athletic Conference. In 2011, he became the FVSU Wildcats Most Valuable Player.

His career started during high school. In the 2011 season, King punted 80 yards against Bethune-Cookman University. Additionally, 16 of his punts were 50 yards or more. After the 2012 NFL Draft was over, the Oakland Raiders signed a two year deal with Marquette King, eventually replacing veteran Shane Lechler.

Although King impressed coaches with his punting skills, he was kept on injured reserve for the entire 2012 NFL season. During the 2013 preseason, King competed for the punting spot in Oakland Raiders.

On February 29, 2016 King signed a five year contract with the Oakland Raiders, which is estimated to be $16.5 million.

3. Marquette King’s Net Worth is Estimated to be $1.0 Million

The rumor that there is something brewing between Kim Kardashian and Marquette King has been circulating all over the Internet. Even though the rumors are not true, it looks like the 28-year-old football punter does not mind the attention coming his way. Instead of denying the rumors, Marquette tweeted a picture of him drawing a heart, implying he’s loving the controversy.