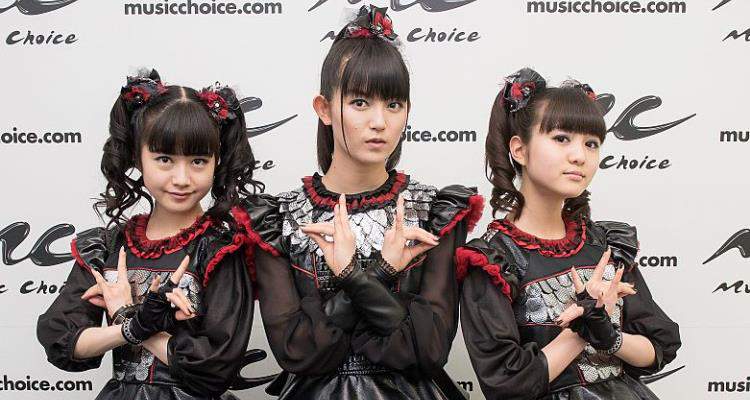 BABYMETAL, the all-female Japanese heavy metal band, is met with heavy hearts today. BABYMETAL’s guitarist, Mikio Fujioka tragically passed away after spending a little over a week in the hospital. He suffered a severe fall off an astronomical observation deck while stargazing on December 30 and it landed him in the hospital with fatal injuries. Very few details have been released regarding this horrific incident as his family members, friends, and fans are taking the time to process the news of this tragedy. However, both the band and Fujioka’s wife have released touching statements in tribute to the beloved musician, confirming his death via Twitter. While little is known about the circumstances surrounding Mikio Fujioka’s death, keep reading to learn a little more about his extensive musical career and fulfilling life.

Mikio Fujioka of BABYMETAL was aptly dubbed “Ko-Gami” (roughly translates to “The Small God” or “The Little God”) by his fellow band members, due to his small physical stature and immense musical talent. He tragically passed away on Friday, January 5 due to a fall he suffered about a week ago. The musician, who was stargazing at the time of the incident, was hospitalized for a little over a week after having fallen off of the edge of the astronomical observation deck he was on. He ultimately succumbed to his severe injuries. While very few details have been shared regarding the circumstances and exact cause of death, Mikio Fujioka’s family, friends, and colleagues are understandably stricken by unimaginable grief in light of his unexpected demise. Both the band and his wife confirmed Mikio Fujioka’s death with a few touching tributes on Twitter and Instagram.

Reportedly, his wife took over his social media accounts in order to inform his devoted fans of Mikio’s passing. BABYMETAL released the following statement on Instagram in response to the sad news:

‪The “Little” Guitar Kami of #BABYMETAL ‘s #Kamiband has passed away in the METAL GALAXIES. We hope that he is now with his GUITAR MASTER A.Holdsworth and enjoying an epic guitar session with him. ‬ ‪We are the one‬ ‪Together‬ ‪We're the only one‬ ‪You are the one‬ ‪Forever‬ ‪#RIP #THEONE ‬

Mikio Fujioka was born on January 19, 1981, which means he passed away just shy of his 37th birthday. Reports say, at the time of his death, he was surrounded by family and friends, including his wife and their two young daughters. An incredibly talented natural-born musician, Mikio Fujioka was known for his fast and heavy guitar riffs and unmatched fingering skills, which he incorporated in the music he produced with BABYMETAL. Aside from his work with the band, though, he was already a well-known musician in Japan in his own right. Having graduated from the prestigious Musicians Institute of Osaka in 2000 at the tender age of 19, he went on to win the GIT Masters that same year. Fujioka even released several albums and instructional books with the intent of teaching more people how to play the guitar! At such a young age, Mikio Fujioka had already accomplished more for his career than most people can ever dream of and he’d already proven his tenacity, musical skills, and strong work ethic.

Between 2013 and 2017, he sporadically performed live as part of BABYMETAL’s Kami Band at various festivals and headlining concerts, while also working on his own solo and side projects. He toured both domestically and internationally with the band, playing in countless venues and even recording music with them.

BABYMETAL’s Kami Band has always had a rotating string of musicians who’ve performed and recorded music with the group since its inception in 2012. Before that, BABYMETAL, which is made up of Suzuka Nakamoto (also known as “Sumetal), Yui Mizuno (also known as Yuimetal), and Moa Kikuchi (also known as Moametal) would just play pre-recorded instrumental tracks for their live performances. As their careers progressed, they decided to hire professional musicians to support their vocal talents and collaborate with them in order to enhance their unique sound (both live and in the recording studio). Not only did this decision propel their career to unimaginable heights and helped them gain an international following, but it also ultimately put them in contact Mikio Fujioka, who was already a revered and well-established musician in Japan by that time.

This is the last picture that was posted to Fujioka’s Instagram account on December 13, 2017. It was taken while he was playing at Master’s Live in Tokyo, Japan. Little did anyone know that tragedy would strike just a few short weeks later. RIP Mikio Fujioka. You will be missed.