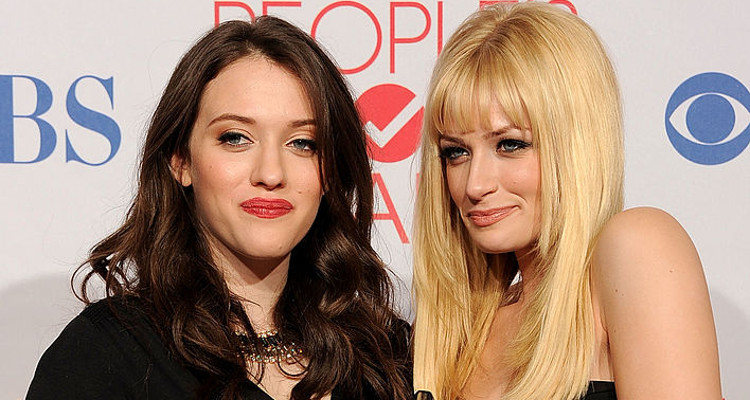 The 2 Broke Girls lead characters are back for season 6, and they still dream of opening their own cupcake shop. The rest of the characters are also up to their old tricks. Will the girls be able to make their dream come true this time?

2 Broke Girls is an American sitcom that premiered in September 2011 on CBS. The show is about the lives of two very different girls who meet and end up becoming best friends. The two girls are from two completely different worlds, and are as different as any two people could be. 2 Broke Girls season 6 premiere will be telecast on Monday, October 10, 2016. Fans of the series are eagerly awaiting the return of the two lead characters, Max Black and Caroline Channing. In fact, fans are awaiting the return of the entire 2 Broke Girls cast. People are also asking where they can watch the 2 Broke Girls season 6 premiere. Don’t worry, we will tell you where to watch 2 Broke Girls online.

The 2 Broke Girls season 6 cast comprises of a main cast, a recurring cast and some special guest stars. Fans need not worry, as the two main characters are played by the same pair of actresses who have appeared in the previous five seasons. Kat Dennings plays the role of Max Black, the child of a poor working-class mother and an unknown father. Beth Behrs plays the role of Caroline Channing, who was born rich but now is penniless and disgraced. Channing is in this situation because her billionaire father got caught while committing fraud in his business dealings. Both of the girls are in their mid-twenties and they work together at a Brooklyn diner.

Caroline and Max become room mates and then become best friends, who share a common dream of running their very own cupcake shop. Garrett Morris plays the role of Earl, an elderly cashier and former jazz musician, who has a weakness for marijuana and gambling. Max is very close to him and wishes that Earl was her father. Jonathan Kite plays a Ukrainian cook named Oleg Golishevsky, who is always sexually harassing Max and Caroline with his inappropriate jokes, innuendos and propositions for sex. While Caroline ignores him, Max hits back and often mocks him.

The Butt of All Jokes

Matthew Moy plays Han Lee, the owner of the Williamsburg Diner. Black keeps making jokes about his short stature and his effeminate manners. Though Lee claims to be a heterosexual, his behavior leaves room for doubt, which Black exploits regularly for laughs. His lack of knowledge of American culture is also made fun of. Jennifer Coolidge plays Sophie Kachinsky, a Polish woman who owns a cleaning company. She lives near the girls and is constantly opening up about her sex life and growing up in communist Poland, even though the two girls are not interested.

Some of the actors who appear in season 6 are Brooke Lyons, Nick Zano, Ryan Hansen, Gilles Marini, Mary Lynn Rajskup, Eric Andre, Sandra Bernhard, and Ed Quinn. These actors play characters who have appeared in the previous seasons and might reappear in season 6. A real horse named Rocky plays the role of Chestnut, Caroline’s pet horse.

Some of the special guest stars who appear in the series are Martha Stewart, Steven Weber, Cedric the Entertainer, 2 Chainz, Missi Pyle, Debra Wilson, Piers Morgan, Lindsay Lohan, Kim Kardashian, Noah Mills, and George Hamilton. Some of these characters have appeared in previous seasons, as well.

Brooklyn as It Is

Though the series has been popular over the last five years, some people have raised objections to it. They feel that the humor is too sexualized and some of the characters represent racial stereotypes. The makers of the show do not agree to the accusations made by the critics. Their defense is that since the show is set in Brooklyn, New York, characters such as these really do exist in those parts, and those who know Brooklyn would agree. The fans of the sitcom don’t concern themselves with all of this. They feel the chemistry between the two lead characters is crackling and the show is fun. So, if you are a fan of 2 Broke Girls, you can watch the season 6 premiere online by clicking here. The show starts at 9:00 p.m. EST, Monday, October 10, 2016, so don’t miss it!