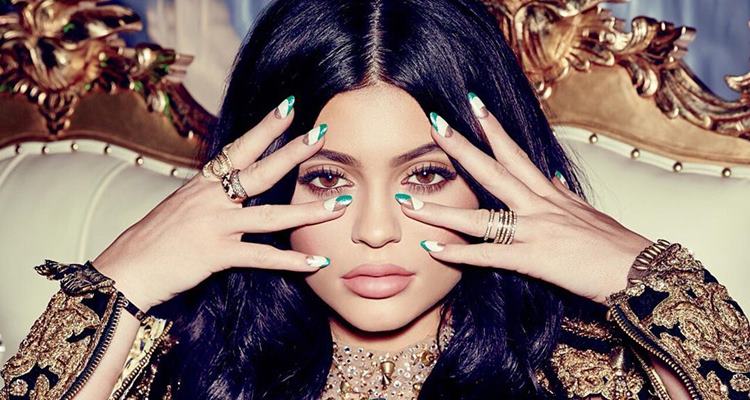 It looks like January is heating up, thanks to reality star Kylie Jenner’s hot pics. Since the youngest member of the Jenner family got a new makeover years ago, the Internet has been littered with Kylie Jenner hot photos, Kylie Jenner sexy pics, and Kylie Jenner bikini photos.

The Keeping Up With the Kardashians star doesn’t have a camera glued to her these days, since the show has stopped filming due to her older sister Kim’s robbery incident in Paris. But that doesn’t mean Kylie Jenner’s fans will be seeing less of her in their newsfeeds.

The official Kylie Jenner 2017 calendar is here and you can get your copy at KylieJennerShop.com. Now you can have Jenner up close and personal for every month of the year. The Snapchat and Instagram queen is no stranger to the art of the selfie and even gives tutorials on how to copy the Kylie Jenner look.

Jenner really channeled her inner Britney Spears with her 2017 calendar photoshoot. The girl has no fear—look at the size of that snake!

Jenner made Forbes’ 30 under 30 list as the only teenager in the retail and commerce category for 2017. The makeup maven has perfected her selfie game and her Lip Kit does so well that it’s always sold out! So far, the Kylie Cosmetics founder is off to a great start this year.

Is Kylie, Kim Kardashian, the Next Generation?

While her big sister was on a selfie hiatus, Jenner didn’t shy away from the paparazzi cameras and has been working hard to maintain her selfie status. This isn’t the first time that she’s channeled her inner Kim Kardashian and it probably won’t be the last.

Obsessed with Her FashionNova Jeans

Jenner posed on Instagram with her very own pair of FashionNova jeans. Who says you have to be nude to look sexy?

#ad Obsessed with my new @fashionnova jeans ?Get them at FashionNova.com ?

Jenner’s personal life with rapper Tyga has been under a microscope since they started dating. And even though their on-again-off-again roller coaster ride of a relationship has finally been cemented, Jenner now has to deal with a hacker who was spreading lies on her app. That’s right—Jenner recently stated on her Twitter account, that she would no longer be posting comments on her app, after someone hacked in and wrote a series of false information about her relationship with Tyga. The 140 characters that Twitter allows a person to post just wasn’t enough for the young entrepreneur, who had to write several posts to make her point to her fans.

I wear my pink @livelokai for my grandma MJ and everyone affected by breast cancer. #livelokai ?

Jenner sparkled in a black jumpsuit this past Christmas and took to Instagram to tell everyone how grateful and blessed she is. It’s safe to say that we already know.

So grateful to be able to experience another over the top amazing Christmas. Thank you God for all my blessings this year ❤️

Kylie Is Queen of the Selfie

It’s impossible for Jenner to stay away from social media completely and we can’t imagine a world where she would want to! The girl knows how to style herself and clearly had a good mentor in Kim.

Jenner posed with a water bottle for an ad promoting the water brand, Live Lokai. The ad was part of a “giveback” effort.

I love being able to take care of myself and others at the same time. Drinking water for a cause with my new @livelokai water bottle. #livelokai #giveback #ad

Kylie, Is That You?

The Keeping Up With the Kardashians star looks like a whole new person with her blonde look and full lips.

Remember when bathrooms were used to take showers and sit on toilets? Jenner is seen posing in a Puma track outfit, with her Instagram comment contemplating going back her dark hair. Way to bring sexy back!

I miss my dark hair ? should I go back?

Jenner is seen in this Instagram post wearing Kylie Cosmetics eyeshadow and Brown Sugar on her lips. We’re surprised she didn’t end up being a model like her sister, Kendall.

Sexy by the Stairs

Jenner shares a sultry stare by the stairs in her striped Guess Jeans shirt. We wonder what she’s thinking.

Jenner is rocking the red lipstick look in the middle of nowhere. We don’t know where she was but we know she looks good!

Jenner is giving us some serious old Hollywood rec carpet vibes in this photo. We prefer her as a brunette over blonde, any day.

Celebrities
What Happened between Gage Gomez and James Charles?