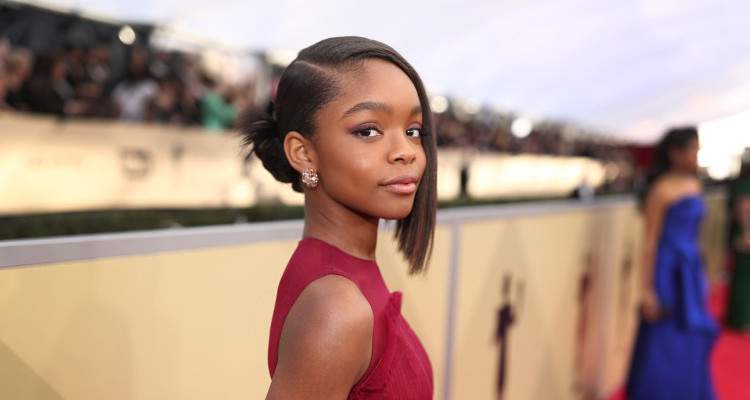 Meet the little big producer in town, Marsai Martin. She will be the executive producer and actress in the new Universal Studios film called Little, which is based on an idea she pitched. Martin found fame with her role as Diane Johnson in the highly-acclaimed Black-ish, and she’s being hailed as the next big thing in Hollywood! We can certainly see why!

Genius seems to get younger these days! What else would you call 13-year-old Marsai Martin, who is all set to executive produce and act in her own film, Little?

Martin gained fame as Diane Johnson, the smart and sassy 10-year-old daughter of Dre (Anthony Anderson) and Rainbow (Tracee Ellis Ross) in ABC’s Black-ish. Now, she is branching out to work in front of (and behind) the camera in her latest project! But the news that this amazing little 13-year-old is taking things into her own hands with this not-so-little project has people simply stunned!

Under Pressure and Loving It!

Martin is much more than just your average 13-year-old. She pitched her own idea to Universal about a comedy revolving around a woman who gets the chance to relive the carefree life of her younger self (played by Martin) when she cannot handle the pressures of her adulthood.

So proud to be working with a true rockstar of the next generation @marsaimartin who came up with this idea and will produce it with me!!! Let’s go MM!!! pic.twitter.com/qRGhCidxEK

Martin is winning accolades from all over, including other celebrities including her Black-ish co-stars, Tracee Ellis Ross and Yara Shahidi.

Born on August 14, 2004, in Plano, Texas, Martin began her career in showbiz at the age of five when her parents took her to the Kim Dawson Agency in Dallas, Texas, who signed her on immediately. Her first national commercial was the “Voice of the People” ad for The Choice Hotel.

The Move to Los Angeles

She later became a student at Cathryn Sullivan Acting for Film, where she participated in several seminars that attracted several Los Angeles agents. Martin’s career got even more of a boost when she moved to Los Angeles in late 2013. A little more than three months of living there, she got a major national campaign for Meineke!

Even with her sharp intellect and creativity, Martin is still just like everyone else when it comes to meeting her idols. Like the time she met Beyoncé at the White House and promptly started crying because she could not believe her eyes. She even shook hands with Jay-Z! Though already a huge star at such a young age, Martin still “fan-girls” over her idols like the rest of us!

Martin is getting new opportunities all the time, and she wants to put her skills to use by singing, dancing, writing, and directing her own movies.

So, get ready for the freshest little talent to hit Hollywood! According to Martin, “I want to be a legend.” Well, there is certainly nothing little about that!