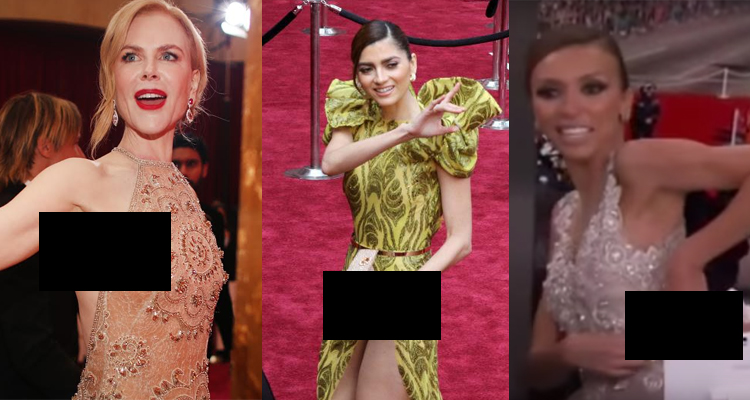 The Best Picture gaffe at the 2017 Academy Awards proves that even Hollywood’s biggest night isn’t always smooth-sailing! Sometimes, disaster strikes —even for a star who is glammed up from head to toe.

You’d think that with access to designer bests, expert stylists, and hair and makeup professionals, celebs could never make a fashion faux pas. Sometimes it’s not even a bad outfit that can get the fashion police hot on your heels! Unexpected disasters can ruin a celeb’s red carpet look. The Oscars red carpet is no stranger to wardrobe malfunctions and has been trodden by some of the worst-dressed celebs, too. From Blanca Blanco to Barbra Streisand, here are some of the worst wardrobe malfunctions the Oscars has ever seen. 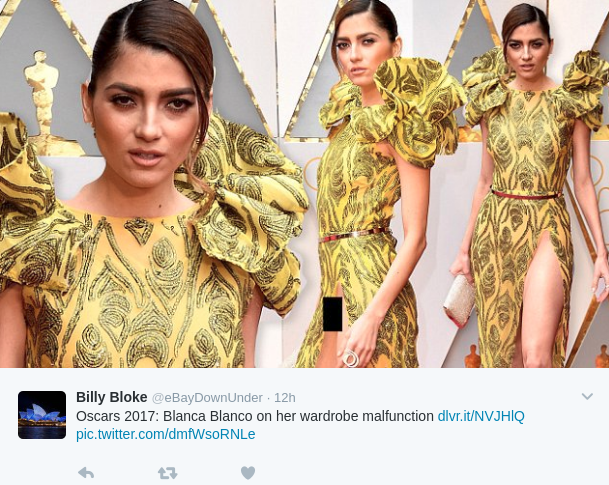 Actress, Blanca Blanco opted to go commando to the Oscars on Sunday night and suffered a wardrobe malfunction. She wore a yellow and gold embellished gown with dramatic sleeves and a thigh-high slit. But the slit fell open as she was walking, flashing photographers. Nevertheless, kudos to Blanco for continuing to smile and pose for pictures! 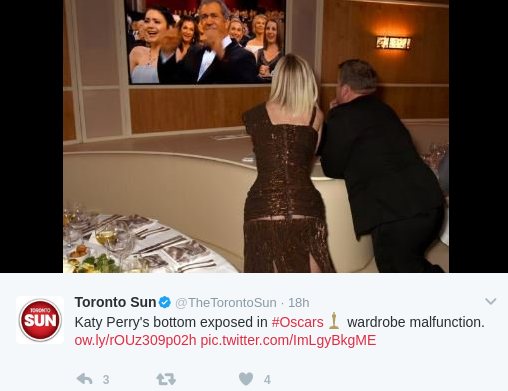 Katy Perry wasn’t actually at the Oscars, but she couldn’t escape a wardrobe malfunction that night! The “Chained to the Rhythm” songstress was at an Oscars viewing party in a figuring-hugging bronze dress. Perry was kneeling on a sofa while watching the Academy Awards when her dress split from the hip and exposed her back side ever so slightly. 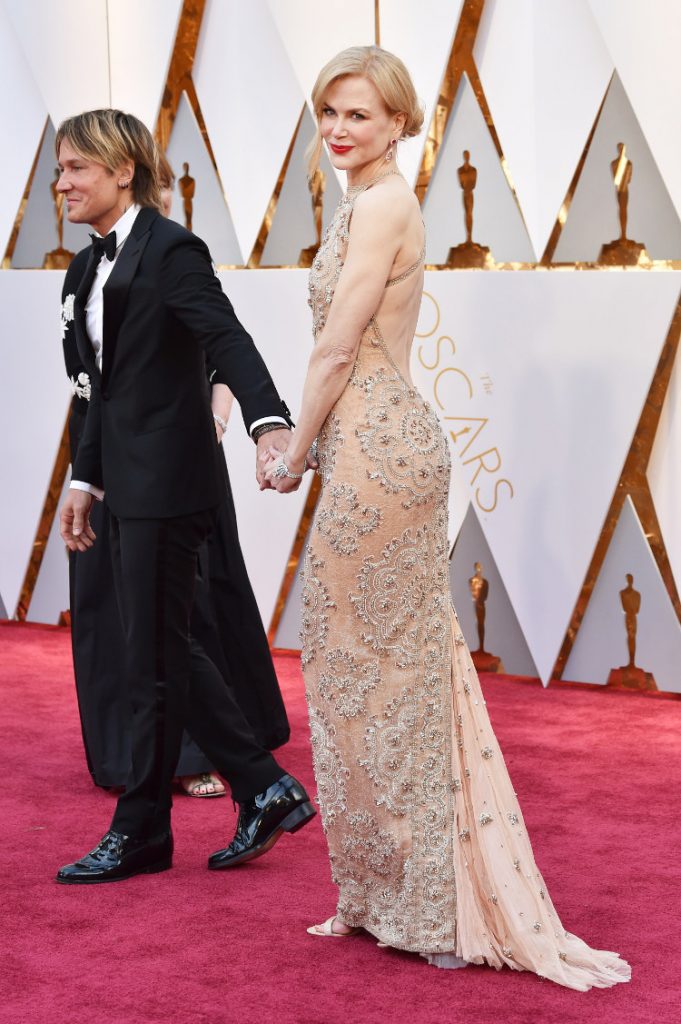 The Best Supporting Actress nominee looked flawless in a custom-made, floor-length backless Armani creation. Though Kidman was saved from any fashion mishaps on the red carpet, her stylist revealed that she had to alter the dress at the last minute. When the actress arrived on the red carpet, the outfit had criss-cross straps on the back. But halfway through the night, the straps were tied into a halter. 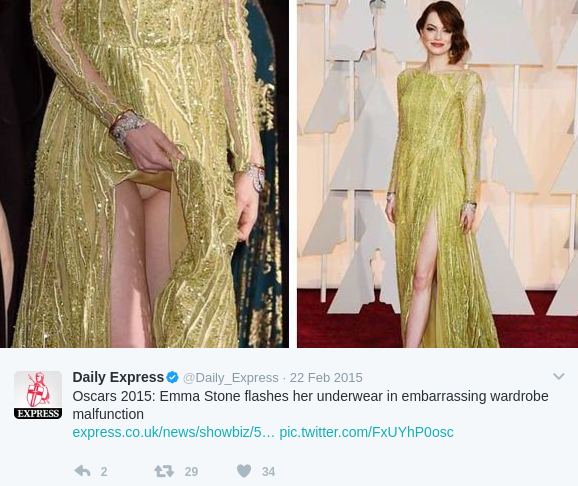 Emma Stone attended the 2015 Academy Awards and had her own little fashion-goof up! The actress looked divine in a sparkling green number with a thigh-high slit. Unfortunately, she wasn’t careful while lifting the skirt of her gown and accidentally flashed her underwear to photographers! But that’s all in the past. Her Best Actress Oscar is enough to erase the memory of that slip-up! 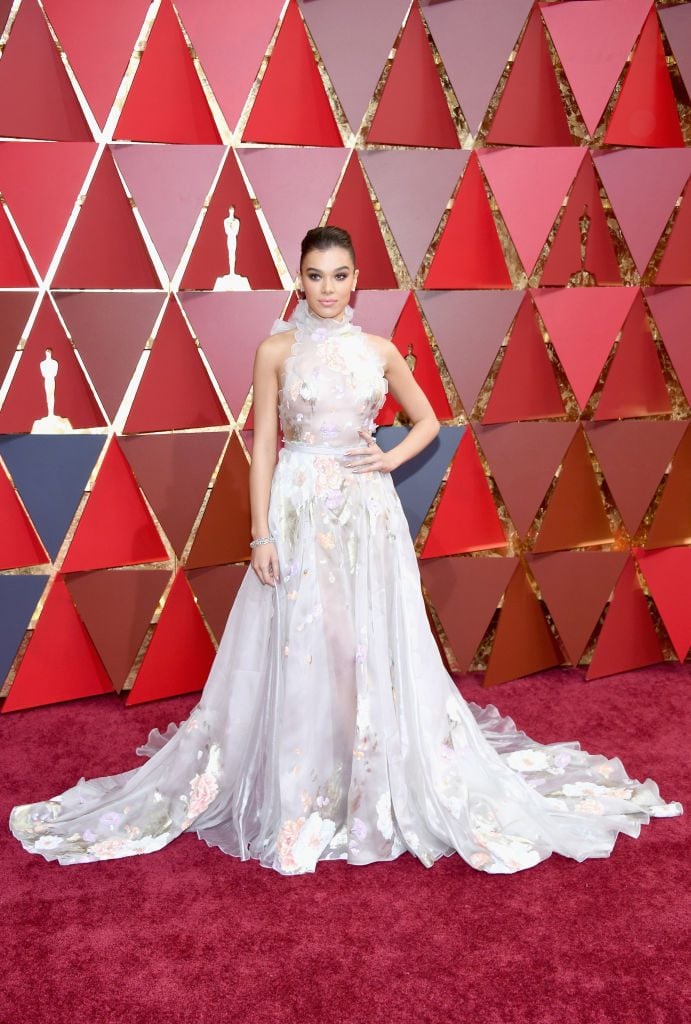 Nothing can be worse than having your dress rip when you’re out —especially when its on a red carpet with photographers taking pictures of you from all angles! Hailee Steinfeld looked immaculate in a seemingly sheer Ralph & Russo gown while she posed with a hand on her hip. You won’t see that hand move in many pictures because it was actually covering up a rip!

At the 2014 Academy Awards, E! Host, Giuliana Rancic had a near disaster when she was hosting their Live from the Red Carpet Oscars special. The zipper of her Paolo Sebastian gown broke on live television just while she was praising the Australian designer! But no worries! Her co-host, Ryan Seacrest saved the day by taping (yes, actually taping) Rancic’s dress back together. That’s why he’s America’s favorite host! 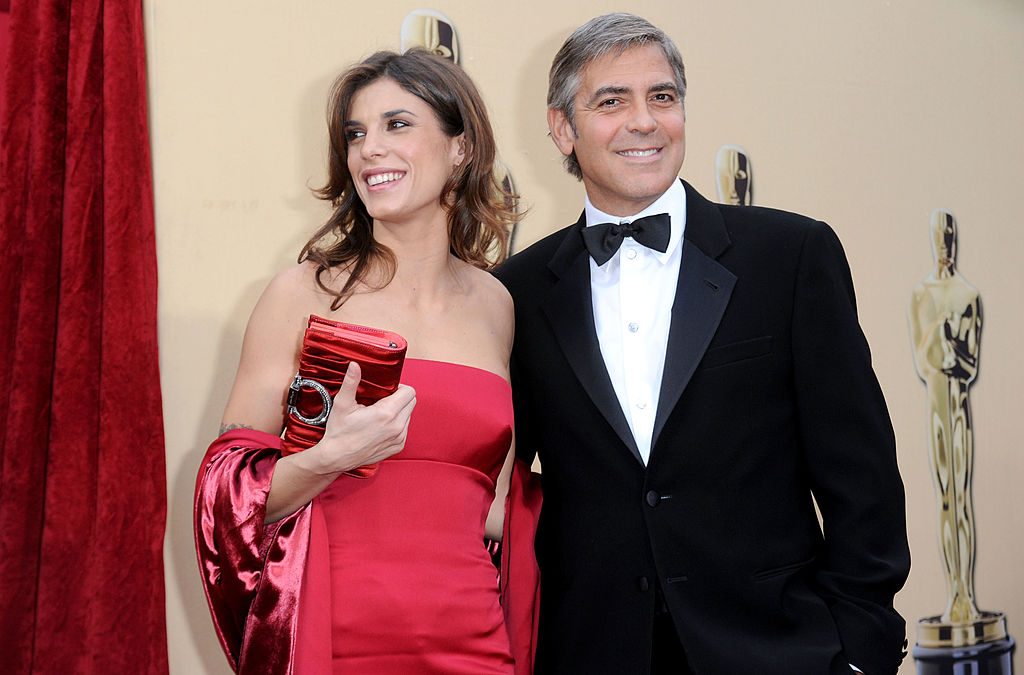 At the 2010 Oscars, George Clooney’s arm candy at the time, Elisabetta Canalis suffered a fashion gaffe. The Italian actress was heart-stopping in a red Cavalli dress but just before she could step on the red carpet, Canalis split the back of her dress open! Clooney was her knight in shining armor that night. According to the actress’ stylist, “George said, ‘Hold on a second, I have experience with this. I used to work on suits, honey!’” She also recounted how Clooney “grabbed the needle and thread and started sewing her zipper in. He did an amazing job.” It can’t be that bad of a fashion disaster if George Clooney was there for you! 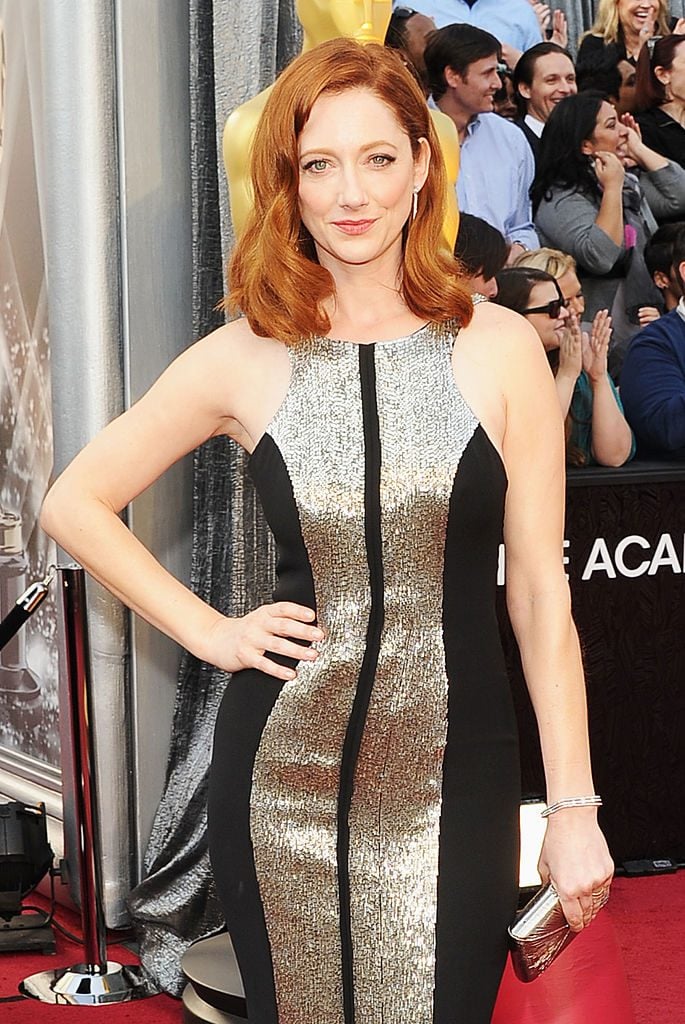 Judy Greer made her big Oscars debut in 2012, when she was nominated for her role in The Descendants. The actress flaunted her envy-worthy figure in a black and metallic Monique Lhuillier dress, but her dream-like moment was nearly ruined. “My very first step on the red carpet, someone stepped on the hem of my dress and the beads just started unraveling…There [were] a hundred silver beads on the carpet.” Greer admitted she struggled to maintain her composure saying, “It was really hard to hold myself together; I couldn’t believe it was happening. I am not cool; I wanted to cry.” 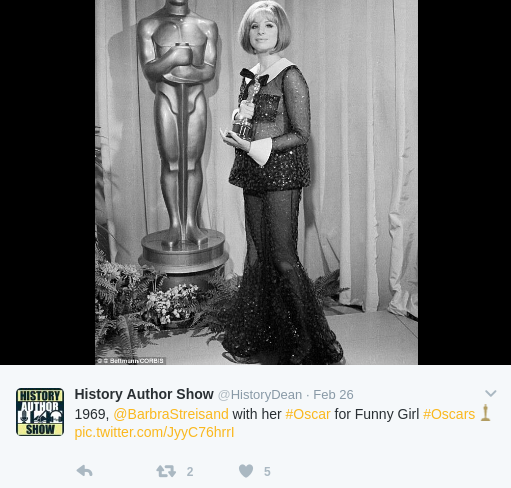 The illustrious Barbra Streisand won the Best Actress award at the 1969 Academy Awards for Funny Girl. But her moment in the spotlight was ruined by a fashion mishap. Streisand turned heads for the wrong reasons when she hit the Oscars with a see-through pant-suit. “I didn’t realize the outfit was so see-through,” Streisand said in an interview decades later. “You couldn’t tell that in the dressing room, only under the bright lights.” Adding to the humiliation, she was doubly exposed when the outfit ripped while she went up to accept her award! 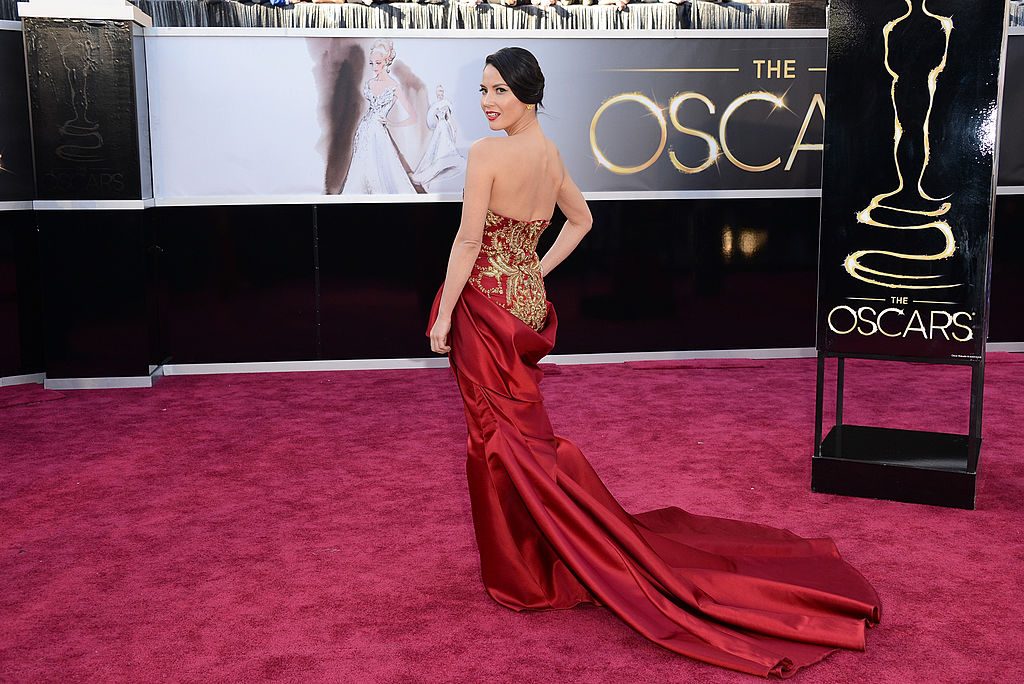 The statuesque Olivia Munn looked like a vision in red, in a stunning Marchesa gown with a long train. But as flawless as she looked, she had a fashion disaster just moments before she arrived at the Academy Awards. The actress had been glammed up for the event and was leaving for the venue when her zipper broke! “I’m literally sewn in” to the dress, she revealed on the red carpet shortly after.