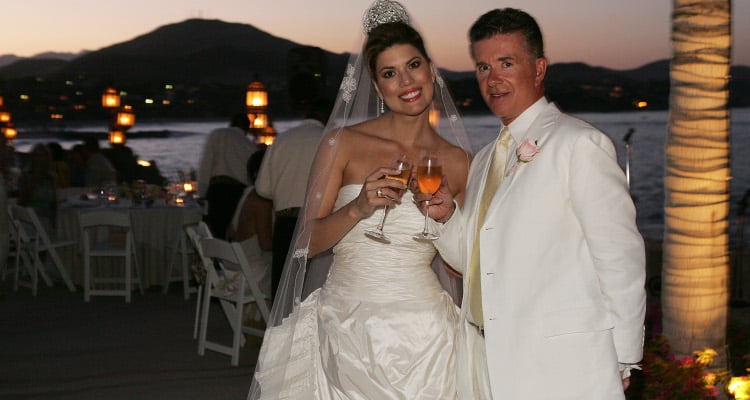 The world is mourning the death of actor Alan Thicke, who passed away Tuesday from a heart attack. To remember him and the beautiful memories he had with his widowed wife, let us take a look at Alan Thicke and Tanya Callau’s wedding photos.

The death of Growing Pains actor, Alan Thicke is still a shock to many. Alan Thicke suffered a heart attack while playing hockey with his youngest son, Carter Thicke. He died on Tuesday afternoon (December 13) at the age of 69. He is survived by his third wife, Tanya Callau and three sons, Robin Thicke, Brennan Thicke and Carter Thicke.

Alan Thicke’s first wife was Days of Our Lives actress, Gloria Loring. They got married in 1970, and divorced 14 years later. Loring and Thicke had two children from their marriage, Brennan Thicke and Robin Thicke. Thicke’s second marriage was to Miss World 1990, Gina Tolleson, with whom he had Carter William Thicke. The couple’s divorce was finalized in 1999.

In 1999, Alan Thicke met his third wife, model Tanya Callau. They met in Miami and tied the knot in 2005. Tanya is 28-years younger than Alan Thicke, which sparked a lot of controversies that the couple paid no mind to.

Though Callau is younger than Thicke’s oldest son Brennan, they walked down the aisle in May 2005. At the time, Thicke was 58, and his beautiful bride was 30. They had a beautiful wedding ceremony in Cabo San Lucas, Mexico.

To remember Alan Thicke, we have put together some of Alan Thicke and Tanya Callau’s wedding photos. Let us take a walk down memory lane and enjoy. 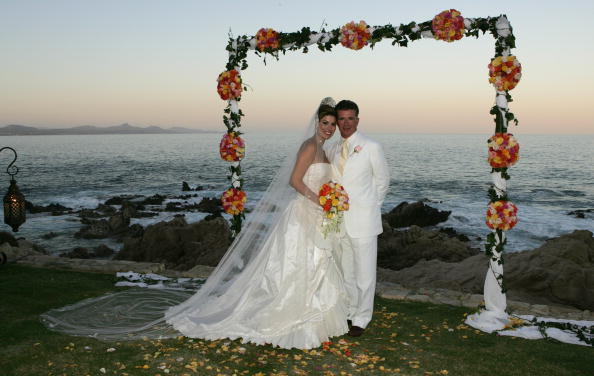 Thicke and his new bride look extremely happy and excited to start their new lives in this picture.

Walking Into a New Life 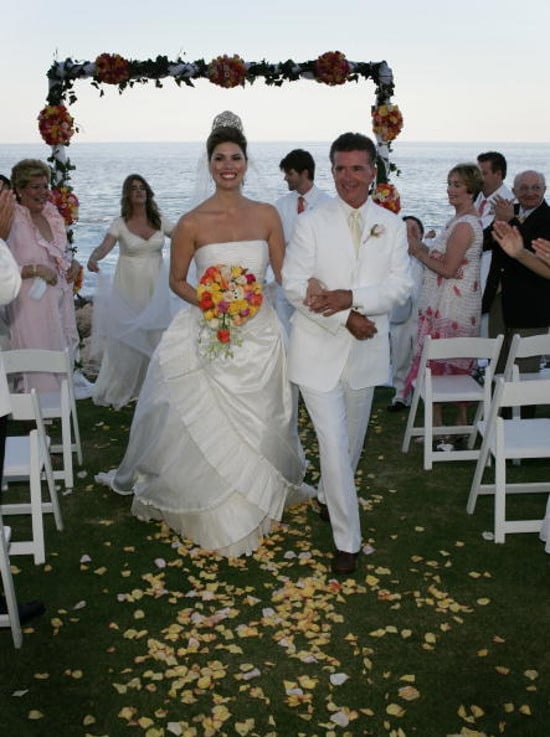 Thicke and Callau looked overjoyed while walking down the aisle.

Minutes Before They Became Man and Wife 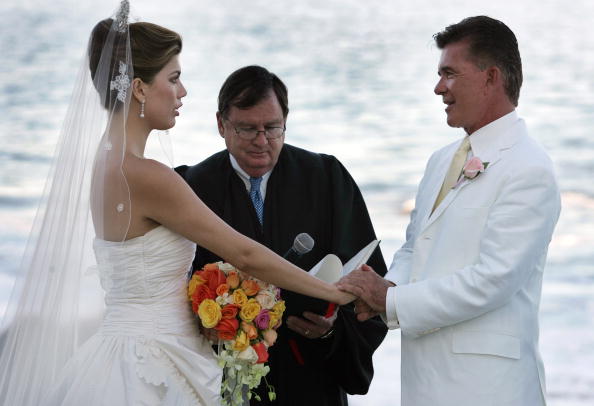 Thicke and Callau both share a moment before being pronounced man and wife. 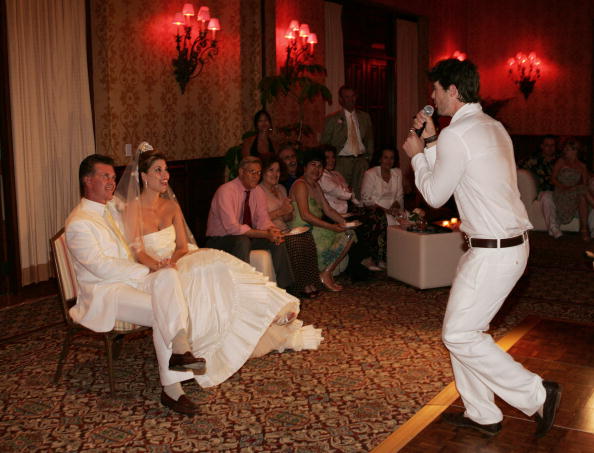 During the wedding reception, Thicke’s middle son, Robin Thicke, sung to the crowd and the newly-weds. 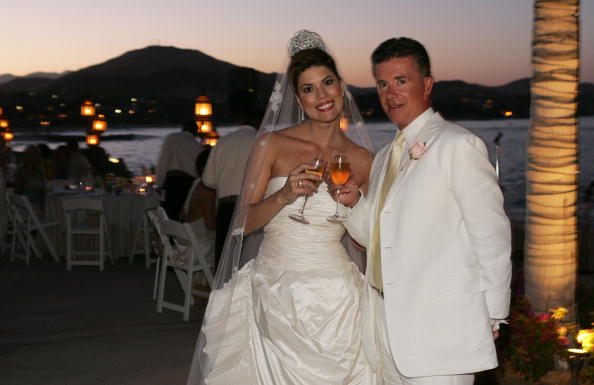 Thicke and his bride posed for the cameras right after they got married. 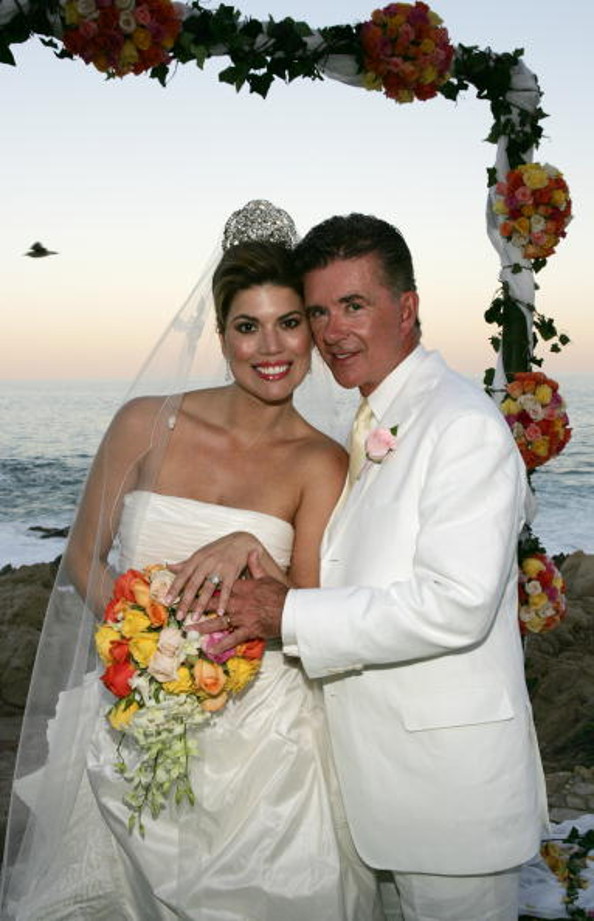 Tanya Callau and Alan Thicke pose for cameras after their wedding ceremony with Callau flaunting her wedding band. 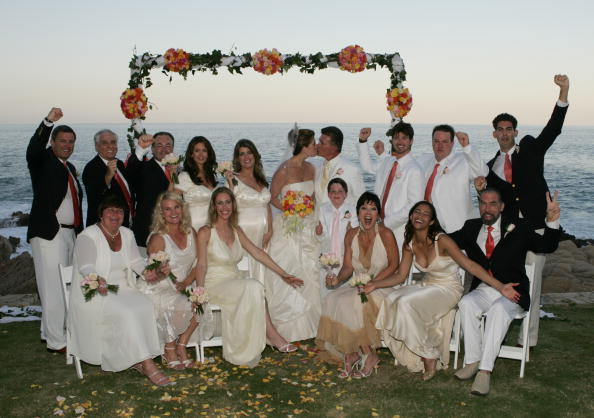 The couple pose for a group photo with their friends and family.

A Few Words for the Bride 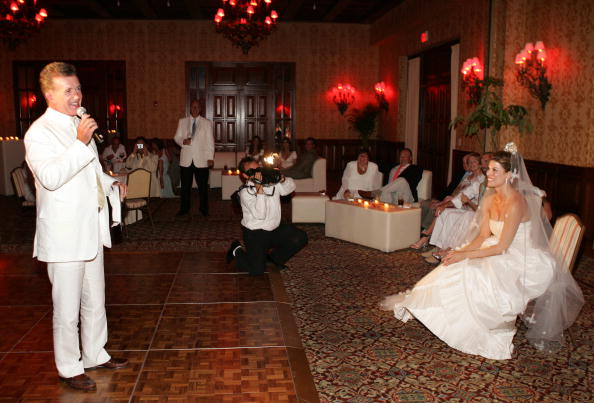 During the reception, Callau can be seen looking lovingly at her husband as he says few words. 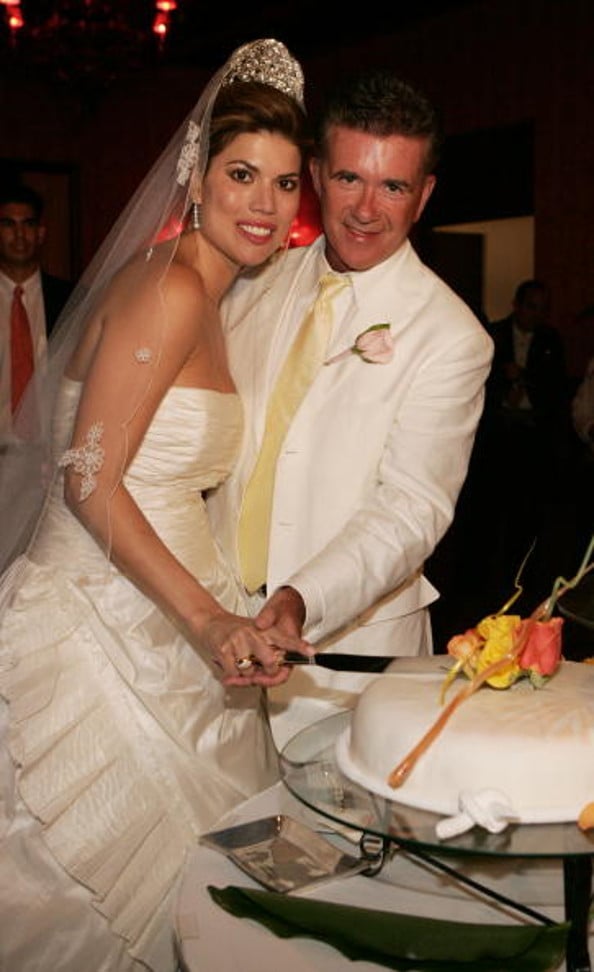 Here the two are seen cutting their gorgeous wedding cake.

The Beautiful Bride and Her Bridesmaids 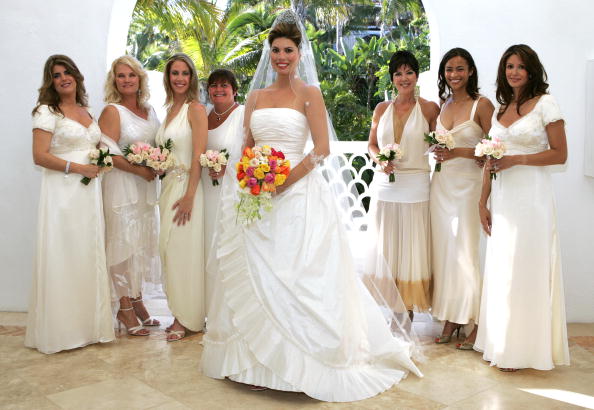 Tanya Callau and her bridesmaids look gorgeous as they posed before the wedding ceremony.